When you think of cats, you probably don’t think of record-holding supersize felines. However, cat breeds can come in a variety of shapes, colors, and sizes – including large. Whether they’re sporting record-breaking lengths, human-like heights, or sizable weights, we’ve made a list of the top 12 largest cat breeds in the world.

Then stick around for a look at the largest individual cat ever. Believe it or not, this massive cat measured more than four feet long! What is the biggest cat breed? Read on to find out!

The first thing you’ll notice about an American Bobtail cat is their… Well, tail! They have an adorable stubby tail that measures just a few inches in length. American Bobtails can also grow quite large, males often weigh up to 16 pounds and have a heigh of around 10 inches. The 12th largest cat breed, Bobtails were only recently accepted as a breed (In 2002 by the International Cat Association and in 2006 from the Cat Fanciers Association), so they don’t have as long a history as some other more famous cats on this list. While not as long as cats with tails, they’ve been described as ‘substantial’ thanks to their heavyset bodies.

Chausies were developed by breeding jungle cats with domestic cats. As such, they’re one of the largest cat breeds in the world. While many Internet reports list Chausies at north of 30 pounds (or sometimes even 40 pounds!), the truth is they rarely (if ever) reach that massive weight. The jungle cats that were bred to develop Chausies weighed up to 35 pounds, but generally less. Since they were also bred with domestic cats, Chausies are smaller with most males weighing 16 pounds or less. It’s possible some Chausies can grow larger (some reports list large Chausies at up to 25 pounds), but like many hybrid cats, later generations tend to get smaller.

Siberian cats are also one of the world’s longest cats. Their body often reaches 18 inches long, with fluffy tails adding on even more length. The 10th largest cat breed, Siberians, are a relative newcomer to the United States and have thick coats that help them withstand frigid weather. Male Siberian cats weigh up to 20 pounds while females will weigh 10 to 15 pounds.

Curious with an affinity to play with their water bowl more than drink it, the Turkish Van is an interesting breed that can make its home with almost any family. They’re large and muscular while also still maintaining a slim, long frame that only further highlights their size.

While it can take up to five years for the Turkish Van to reach full maturity, it gives them plenty of time to develop the impressive weight and stature that secures their place on the list of top largest cat breeds. Males can grow to be up to 20 pounds, while females are notable smaller and weigh up to 12 pounds. From their nose to the tip of their tail, Turkish Vans can often grow to be 3 feet long, making them one of the longer cat breeds around.

Because of their ability to grow to such large sizes, many veterinarians suggest waiting to neuter Turkish Van kittens at one year rather than five months. This is because the process of spaying or neutering can impact their hormones, which can impact how well they grow. This is one of the biggest cat breeds.

Bengals are a popular breed of cat that are hybrids of domestic cats, usually the Egyptian Mau, and the Asian leopard cat, a spotted wild cat. Their wild ancestors have given them a unique look, with a variety of breed markings and a golden shimmer that gives them a regal appearance.

Being a hybrid of a wild cat has also given them a large size.

At 10 inches tall and up to 18 inches long, Bengals sport an impressive size even before taking their maximum weight of 15 pounds into consideration. Females generally only weigh 8 to 10 pounds but in some rare cases, male Bengals can reach truly massive proportions.

There are some reports of males that reach between 20 and 22 pounds! As later generations of Bengals are bred, this size may vary slightly.

When you think of cats, British Shorthairs are probably one of the most common breeds to think of, right alongside tabbies. They’re social and affectionate with an affinity to get alone with everyone from children to dogs.

When full-grown, British Shorthairs can be up to 14 inches tall and weigh up to 17 pounds. One British Shorthair, named affectionately after Nicolas Cage, weighs in at 19 pounds. The cat even has an Instagram if you want to keep up with him!

Persian cats are arguably one of the most recognizable cats in the world. After all, few breeds share this fancy feline’s glam. Known for their long coats and large heads with short muzzles, it can be hard to miss a Persian when you come across one

Especially given their size.

While Persians aren’t nearly as large as some of the largest cat breeds, such as the Maine Coon, they still sport an impressive size that has earned their place on this list.

Persian cats can grow to be up to 15 inches tall, which is taller than Norwegian Forest cats and the same as Ragamuffins. However, despite their tendency to grow tall, their maximum weight tends to average at around 12 pounds.

While Persian cats may not hold any record-breaking size factors, they’re not without their fame. Colonel Meow, Himalayan-Persian cross-breed, was featured in the 2014 Guinness World Records book for his 9-inch fur. That’s half an inch longer than the width of a standard piece of notebook paper.

Did you know that the tenth largest cat breed, the Siberian, is also considered a possible ancestor of the Norwegian Forest Cat? A domestic breed originating in Northern Europe, this furry feline is adapted to cold climate thanks to its woolly coat that not only keeps out cold but also water. While they’re already one of the largest cat breeds in the world on their own, it’s this thick coat that helps sell the image – especially since it can be up to 4 inches thick!

Male Norwegian Forest Cats tend to weigh as much as 16 pounds. In rare cases, they’ve been recorded weighing up to 22 pounds! That’s an impressive size considering some cat breeds almost never exceed 10 pounds. They can also grow to be up to 12 inches tall and 18 inches long.

We can’t talk about Ragamuffins without first talking about Ragdolls! First bred in the 1960s, these large cats are known as the dogs of the cat world due to their friendly and affectionate personality. They have a large, muscular body and thick fur that can come in a variety of colors and markings.

They’re also one of the largest cat breeds in the world.

Adult male Ragdolls tend to be larger than their female counterparts and can grow to weigh up to 20 pounds, although like most cats on the list there are exceptional cats that grow even larger! While slightly smaller, female Ragdolls still have braggable size at an average of 15 pounds.

Not sure how larger that really is? The standard bowling ball used by adults weighs 15 pounds – though they’re not nearly as soft or friendly as these supersize felines.

Ragamuffins haven’t always been one of the largest cat breeds in the world. In fact, it wasn’t until the late 20th century that they were even considered a breed! Once a variant of the Ragdoll, the Ragamuffin is known for its large, fluffy body and lax personality.

And, of course, their size!

It can take up to five years for a Ragamuffin to fully mature – which isn’t too surprising when you learn how large they can be. Adult Ragamuffin cats can grow to be up to 15 inches tall and weigh 20 pounds. With thick fur similar to their Ragdoll ancestors, though, these friendly felines appear even larger.

Savannahs are large cat hybrids bred from servals, a large wild cat native to Africa, and domestic cats, usually Siamese cats. They’re also one of the newer cat breeds around, having only been declared an official breed in 2001.

Savannahs aren’t the only hybrid cat breeds either. Savannahs and other hybrid breeds such as Bengals have a tendency to show a strong wild side, particularly in their appearance. These traits can fade with each generation, though, which can cause a large variety in appearance and size.

Typically, though, you can expect these large cats to weigh anywhere from 10 to 25 pounds and grow to be up to 17 inches tall. Males tend to be larger than females, although both still boast an impressive size. Later-generation Savannahs are still relatively large too. In fact, most still grow to be nearly 20 pounds!

On average, Maine Coons can grow to weigh up 18 pounds, although some of the record-holding Maine Coons have weighed more than 30 pounds! They can also grow to be around 38 inches long including their tail – over three feet long.

The Largest Cat to Ever Live

The largest domestic cat ever measured was Stewie, a massive Maine Coon that measured 48.5 inches in length. Stewie lived near Reno, Nevada, and sadly passed away at just 8 years of age. The largest still living cat is named Barivel. Not surprisingly, Barivel is also a Maine Coon and lives in Italy. He measures just an inch shy of 4 feet. If you want to follow Barivel, like other giant cats on this list, his owners proudly keep an Instagram account. 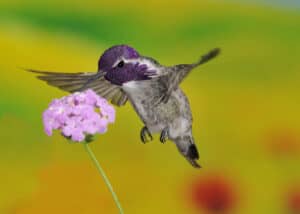