The 12 Largest Rivers in Africa

Written by Kellianne Matthews
Updated: May 28, 2022

Africa is the second-largest continent in the world in physical size and in population. The landscapes and ecosystems in Africa are diverse, ranging from tropical rainforests to dry, arid deserts. In each of these unique parts of Africa, you can find an important river flowing across the land. Two of the most famous rivers in the world are here in Africa: the Nile River and the Congo River. But there are many, many other rivers flowing across the African landscape. Let’s take a look at the 12 largest rivers in Africa. As we explore these rivers, we will be measuring their size based on length, rather than depth or discharge amounts.

The Okavango River in South Africa is the twelfth largest river in Africa. The river begins in the highlands of Angola where it is called the “Rio Cubango”. Along its journey the river forms the border between Angola and Namibia. It then flows into Botswana and empties into the Okavango Delta. After the summer rains travel down river, the Okavango Delta swells to three times its usual size. The extra-large delta attracts many animals, creating one of Africa’s greatest concentrations of wildlife.

The Kwango River is the tenth largest river in Africa, flowing through Angola and the Democratic Republic of the Congo. It begins in the highlands of Alto Chicapa in the Angolan province of Lunda Sul. The river flows south, north, and then west until it crosses the border of the Democratic Republic of the Congo. It joins the Kasi River near the town of Bandundo, and then empties into the Congo River.

The Kwango River forms a deep river valley that is often referred to as “the diamond heartland of North-Eastern Angola.” Many diamonds are found in the alluvial beds of the Kwango River valley.

The Lualaba River is the ninth largest river in Africa, located entirely within the eastern Democratic Republic of the Congo. The river is 1,100 miles long, passing through many waterfalls and rapids. Over 30 species of freshwater elephantfish, African tetras, and cichlids live within the Lualaba River.

The Lualaba River forms the northern and western boundary of the Upemba National Park. The park is filled with a variety of landscapes: grasslands, forests, woodlands, tropical rainforests, marshes, wetlands, lakes, and streams. There are 1,800 different species of wildlife in the Upemba National Park. Many threatened and endangered bird species live here as well, like the shoebill, spotted ground-thrush, and wattled crane.

The Shebelle River in East Africa is the eighth-largest river in Africa, measuring 1,130 miles long. It begins in the Ethiopian Highlands and flows through the Ogaden Plateau. The river crosses into Somalia and continues south to Balcad. When there are heavy rainfalls, the Shebelle River swells to the Jubba River and together they flow into the Indian Ocean. However, during dry years the Shebelle River simply disappears into the marshes and sand flats. The Shebelle River’s name comes from a Somali term, Webi Shabeelle, which means “leopard river”.

The river itself is not actually orange. It was named by the Dutch explorer Robert Jacob Gordon after a Dutch ruling family, the “House of Orange”. However, the Eastern Cape Geographical Names Committee intends to change this name due to its history of colonial subjugation.

The Kasai River is the sixth-largest river in Africa. The river begins in central Angola and flows east until it reaches the border between Angola and the Democratic Republic of the Congo. Here it turns north and serves as a border between the two countries until it at last crosses into the Democratic Republic of the Congo and joins the Congo River. Along its 1,338-mile-long journey, the Kasai River passes through many impressive rapids and waterfalls.

The Zambezi River is the fourth-largest river in Africa. It starts in Zambia and flows for 2,200 miles before it empties into the Indian Ocean. Some of the calmer stretches of water are home to Nile crocodiles, hippopotamuses, and monitor lizards. Victoria Falls, one of the Seven Natural Wonders of the World, is part of the Zambezi River.

The Zambezi River provides a home to several hundred species of fish, like catfish, yellowfish, cichlids, tigerfish, and bull sharks. Sometimes the bull shark is even called the Zambezi shark. The river also supports many species of birds like egrets, pelicans, herons, and the African fish eagle.

The Niger River is the third-largest river in Africa, and the main river of West Africa. It is sometimes referred to as the “pulse” of West Africa. The river starts in the Guinea Highlands near the Sierra Leone border. It flows for 2,600 miles in a boomerang-type shape through Benin, Guinea, Mali, Niger, and Nigeria. The river empties in the Gulf of Guinea through the massive Niger Delta.

The water of the Niger River is relatively clear and is home to 243 fish species. 20 of these fish are endemic, which means they can only be found here in the Niger River.

The Congo River is the second-largest river in Africa by length, and the second-largest river in the world by discharge and volume (following the Amazon River). It is also the deepest river in the world. Parts of the Congo are more than 720 feet deep. The Congo River begins in the highlands of northeastern Zambia. It flows in an arc-shape for 2,900 miles before draining into the Atlantic Ocean in the Democratic Republic of the Congo.

The Congo River and its tributaries flow through the Congo Rainforest, the second-largest rainforest in the world. Many plants and animals in the Congo River basin live nowhere else on earth. It is crucial to the ecological balance of the entire African continent.

This river is the most powerful river in Africa. In the lower section of the Congo River are Livingstone Falls, a succession of enormous rapids and churning water. It may seem impossible for anything to live in waters that gush up to 30 miles an hour, and yet there are hundreds of species of fish that have adapted to living in the Congo River. Elephantfish, for example, are slightly electrified! These fish have an electric organ that helps them to communicate and sense the environment around them. This unique adaptation allows elephantfish to live within the Congo River’s turbulent waters.

The Nile River is the largest river in Africa, measuring 4,100 miles long. It flows through 10 countries in Africa: Egypt, Sudan, South Sudan, Ethiopia, Uganda, the Democratic Republic of the Congo, Kenya, Tanzania, Rwanda, and Burundi. It was once believed to be the longest river in the world. New measurements suggest that the Amazon River may be just a little longer.

The Nile River carries little water compared to other rivers in Africa. However, the water in this river is rich in silt deposits and nutrients that help plants grow in the desert. It is the ideal location for growing water hyacinth and of course, papyrus. Papyrus was used by ancient Egyptians to make boxes, cloth, rope, and paper. 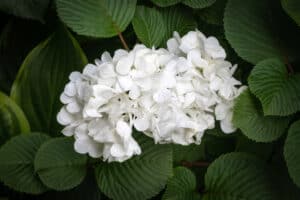