The 7 Biggest Lakes in Northern Kentucky

Mountains, rivers, parks, and caves are just a few of Kentucky’s natural wonders. In fact, it boasts more navigable miles of water than any other state except Alaska and houses the longest known cave system worldwide. Despite being landlocked, residents of the Bluegrass State can still enjoy magnificent bodies of water. There are natural and man-made lakes throughout the state; however, some are finer than others. Some of the state’s most beautiful lakes are close to large cities, making getting there quick and easy—a welcome convenience for outdoor enthusiasts. However, most of these lakes are found in central and southern Kentucky. The question then arises: do lakes exist in Northern Kentucky? If yes, which ones are the biggest?

Kentucky is a state teeming with culture and everything associated with it, including bourbon, bluegrass music, tobacco, horse racing, and fried chicken, but it also has many lakes to explore. This article will explore the 7 biggest lakes in Northern Kentucky and other interesting facts.

What Makes Up Northern Kentucky?

The third-largest metropolitan region in the United States is Northern Kentucky. Following Louisville and Lexington, the Commonwealth of Kentucky, with its cities and villages, serves as the de facto “south side” of Cincinnati, Ohio. Northern Kentucky is composed of eleven counties along the Ohio River: Boone, Bracken, Campbell, Carroll, Gallatin, Grant, Kenton, Mason, Owen, Pendleton, and Robertson, and is frequently referred to as one of the points of the “Golden Triangle” due to its proximity to Lexington and Louisville. The term “Northern Kentucky” (abbreviated as “NKY”) represents the shared identity of people living in these northern counties beyond county and city lines.

The 7 Biggest Lakes in Northern Kentucky

In Kenton County, Kentucky, there is a lake called Doe Run Lake that is around 50 acres in size. Doe Run Lake Park encompasses 183 acres around the lake and has hiking trails and private picnic sites. The trail is a pleasant walk through the woods that lets you temporarily escape daily life. However, it can occasionally be muddy and difficult to follow. The modest park is a hidden treasure and a magical location to see one of those legendary Kentucky sunsets. The primary draw of this park is the lake and its location, which offers a beautiful setting for each evening’s sundown.

Corinth Lake is a cultural feature (reservoir) in Grant County and is 84 acres in size. Largemouth bass, channel catfish, and bluegill are the most frequent species caught here. However, the Kentucky Department of Fish and Wildlife Resources’ fisheries division removed largemouth bass from Corinth Lake in 2019 to reduce fish congestion and boost growth rates.

A 92-acre reservoir known as Boltz Lake can also be found in Grant County, Kentucky. The following species thrive in this lake: Black Crappie, White Crappie, Largemouth Bass, Redear Sunfish, Blue Catfish, Channel Catfish, Flathead Catfish, and Saugeye. The reason crappie typically do poorly in small lakes is because they get off large spawning, which leads the lakes to become overrun with tiny, stunted fish.

The lake’s abundance of crappie impacts the growth and reproduction of bass and bluegill. But scientists found two solutions: first, predatory fish such as largemouth bass and channel catfish were supplied. Then, a few thousand tiny crappies were removed after being caught in nighttime electrofishing.

Kentucky’s Bullock Pen Lake, a 134-acre reservoir created in 1963 by damming Bullock Pen Creek, is situated between the counties of Boone and Grant. It is a great place to go fishing and canoeing or kayaking. The following species can be found in the lake: redear sunfish, blue catfish, channel catfish, flathead catfish, and saugeye.

In Owen County, Kentucky, lies a 149-acre reservoir named Elmer Davis Lake. It was established in 1958 and given the name of a previous Kentucky Department of Fish and Wildlife Resources commissioner. Anglers can discover some of the most thrilling largemouth bass fishing in Northern Kentucky here in the small town of Owenton, tucked along U.S. 127.

Kincaid Lake is located near Falmouth, Kentucky, in Pendleton County. The lake encompasses 183 acres and is home to Kincaid Lake State Park, which offers recreational activities including boating, fishing, miniature golf, hiking, and swimming. Take a rental boat out on the lake to explore it, or relax by the lakefront pool and enjoy the summertime heat. The campground provides peaceful isolation with all the contemporary facilities campers expect, surrounded by open woodland.

The Kincaid Lake State Park facility’s 9-hole course has every characteristic of Kentucky golf. This golf challenge is enjoyable for all players, thanks to the rolling hills, breathtaking views, and tranquil surroundings. For golfers of all ability levels, the picturesque environment offers diversity and a balance of holes that make for a genuinely exceptional golfing experience.

Williamstown Lake is a public 330-acre recreational lake and water reservoir in Grant County and is the largest lake in Northern Kentucky. It was built in 1955 by impounding the South Fork of Grassy Creek to meet the community’s water needs after the neighboring reservoir, which is now the focal point of JB Miller Park, could not meet them.

The Army Corps of Engineers managed the excavation and initial opening, and the original documentation forbade the installation of any permanent private boat docks. In 1957, the lake’s official opening for swimming, boating, and fishing was accomplished by using two access points near the cities of Dry Ridge and Williamstown.

Over 450 houses and rentals are tucked among the nearly 20 miles of tree-lined shoreline surrounding Williamstown Lake, making this the ideal place to experience a little “summer camp” with all the comforts of home. You can paddle a canoe, kayak, or stand-up paddleboard from your temporary front yard. Numerous boat docks offer supplies, boat rentals, and a free public ramp. Get up early to go bird viewing and explore the many coves. 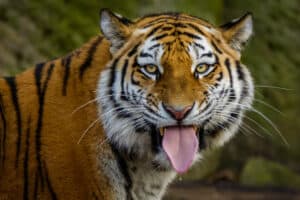