The 7 States with the Most Lakes

The five Great Lakes of America are well-known. Not only do they account for 21% of the earth’s surface freshwater by volume, but they are also the largest group of freshwater lakes in the world.

Yet, America is home to millions of other lakes. In fact, it’s estimated that Alaska could have up to 3 million unnamed lakes alone! They serve as water sources, recreational spots, and even sources of income. Yet, these lakes are spread unevenly among the USA’s 50 states.

Which state has the most lakes in the US? In this article, we’ll dive into the world of lakes- pun intended. Here are the 7 states with the most lakes.

If you’re asking, “What state has the most lakes?” look no further than Alaska. The State of Alaska, often called ‘The Great Land,’ is located in the northwestern corner of North America. It is easily the largest state in the U.S., spanning an area of 6,663,268 square miles. Alaska is known to have more than 3,000 named lakes. This number pales in comparison to the 3 million unnamed ones in the state! So Alaska does have the most lakes of any state in the United States.

The largest lake in Alaska is Lake Iliamna which has an area of more than 1,600 square miles. Although many of Alaska’s lakes are frozen all year, Alaskans love to fish and are experts at fishing in their icy lakes. The state has diverse fish species. You can expect to spot king salmon, chum salmon, yelloweye rockfishes, Pacific halibut, and many more.

Wisconsin is a state of 5.8 million people and is known for its lakes and dairy. It is also home to several endangered species such as Higgins’ eye pearly mussels, northern long-eared bats, Karner blue butterflies, and whooping cranes. The state has more than 15,000 lakes but only 40 percent of them are large enough to have names.

Lake Winnebago is the largest lake in the state. The lake is 10 miles wide, 30 miles long, and spreads across 137,708 acres. Other lakes in this state are tourist nests because they are known for their Native American culture, as well as fishing and snowmobiling. Some common species of fishes in Wisconsin’s lakes are sturgeon, muskies, northern pike, and smallmouth basses. Some of the states’ popular lakes are Geneva Lake, Lake Superior, Green Lake, and Lake Monona.

Minnesota is a midwestern U.S. state bordered by Canada and Lake Superior, which is the largest of the five Great Lakes in the U.S. Minnesota is known for its forests and lakes. It is commonly called the ‘Land of 10,000 lakes.’ This is because the state is recorded to contain 11,842 lakes, including Lake Itasca, which primarily feeds the more-famous Mississippi River.

The largest lake in Minnesota is Lake Superior which spans an area of more than 30,000 square miles and extends into Wisconsin. Minnesota’s lakes are filled with various fish species such as walleyes, basses, rainbow trout, northern pikes, brooks, muskellunge, and many other species. The State of Minnesota is culturally rich and naturally beautiful. There are hiking trails, museums, and historic sites that tell the story of Minnesota and its people. For nature lovers, it’s a wonderful state to take a vacation in.

Michigan is located in the upper midwest part of the U.S and is recorded to have about 10,000 lakes as well as the most miles of coastline in the country. Its 3,288-mile coastline means that the state contains many beaches and lakes. Michigan’s waters are home to various threatened and endangered species such as Redside daces.

Huron Lake is the largest lake in the state of Michigan with an area of 45,300 square miles. It is located between Ontario and Michigan. The lake is home to various fish species such as pumpkinseed fishes, yellow perches, rainbow smelts, and many more.

Florida is almost synonymous with fishing. The southeastern U.S. State is known as the ‘Fishing Capital of the World’ and this is thanks to its positioning and management. Florida is a southeastern U.S. State, at the tip of North America. It is situated between the Atlantic and the Gulf of Mexico and has hundreds of miles of beaches and over 30,000 lakes. Because the state is managed amazingly well, its resources are not depleted.

Lake Okeechobee is Florida’s largest lake. With a surface area of 1,175 square miles, it is also the fourth largest natural lake in America. Some of Florida’s rarer fishes are shortnose sturgeons, Atlantic sturgeons, and Atlantic loggerhead turtles.

Texas is known to contain over 7,000 lakes. Although most of these lakes are not naturally occurring, it is still quite an amazing number. As you probably know, fishing is an important part of Texas. The Texas saltwater recreational fishery alone has about 1.2 million fishermen.

Lake Caddo is Texas’ largest natural lake stretching out across 25,400-acres of land. It has more than 70 fish species. They include crappie, black and temperate basses, catfish, sunfishes, bullheads, suckers, gar, carp, and many more! The lake is also home to alligators and other wild animals, so swimming in it is a bad idea.

California is known for its mesmerizing beaches and lakes. It is also known for surfing. The State of California has 3,000 officially-named lakes. Lake Tahoe, which has a surface area of 191 square miles, is its largest natural lake.

Like the many lakes in California, water sports and fishing are quite common. The state is also home to many fascinating marine life forms including sea otters, gray whales, killer whales, elephant seals, sea lions, and many more. California’s  freshwater lakes support an ecosystem of flathead catfish, lake trout, smallmouth bass, spotted bass, black crappie, walleye, and other fish species. 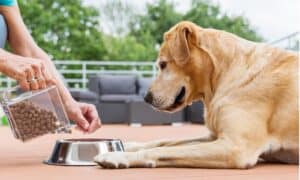