The Different Types of Bed Bugs

Written by Lex Basu
Updated: October 7, 2022
© Pavel Krasensky/Shutterstock.com
Share this post on:
More Great Content:
What Kills Bed Bugs Instantly?
How To Get Rid of Roaches Overnight
Carpenter Ants vs Black Ants: What’s the…
Where Do Bees Go In The Winter?
The 10 Largest Grasshoppers In The World
Types of Beetles: The Complete List
↓ Continue Reading To See This Amazing Video

There may only be three species of bed bugs that regularly feed on humans, but these three species have managed to cover every continent occupied by humans — and they manage to find purchase even in immaculately clean environments and appear as prodigiously in developed nations as in still developing ones. Chances are that you won’t be able to help with the identification of individual types of bed bugs, but understanding the basic facts can help you provide a pest control expert with the best information you can.

Here are the facts you should know about the differences and similarities between the different types of bed bugs as well as some facts about insects that are commonly mistaken for bed bugs.

If we use the term bed bug to refer to related species that feed off human hosts under ordinary circumstances, there are three different species to worry about. Identification is difficult unless you’re a professional with access to a microscope — and that means that geography is often the best way to identify what type of bed bugs you might be dealing with. While there’s sometimes overlap between the habitats of different types of bed bugs, it’s relatively easy to narrow your options down based on your location.

Also known as the common or household bed bug, this is the species you’re most likely to encounter no matter where in the world you live. Since females can lay 500 eggs in a lifetime, they can spread prodigiously — and the fact that they thrive in temperate environments has allowed them to gain purchase practically anywhere that humans have ever lived. The fact that they hide in and around beds and that they normally feed exclusively on human blood — although they may rely on other mammals in acts of desperation — meant that they were especially capable of lurking in poorer communities where quarters are often more cramped. Since they only gain sustenance from blood, the presence of a common bed bug infestation isn’t a reflection of a home’s cleanliness.

This species of bed bug was largely wiped out in most developed countries during the middle of the twentieth century, but these types of bed bugs have seen a recurrence in the past few decades. The development of the powerful pesticide known as DDT turned a constant public nuisance into little more than a memory almost overnight, but bed bugs have come back in developed countries since the 1990s thanks to immunities they’ve since developed. The increase in consumer access to air travel has also hastened the process and allowed these newly resistant members of the species to travel all over the world. Since they’re wingless, hitching a ride on luggage is easily one of the most effective ways for these bugs to spread. Today, the common bed bug can be found from the United States to China and everywhere in between.

This species is more commonly known as the tropical bed bug — and while they’ve similarly developed a resistance to DDT since the turn of the twenty-first century, their physiology makes their habitats naturally more limited than the common bed bug. As their name would suggest, tropical bed bugs tend to make their homes in warmer and more humid environments. Apart from that distinguishing factor, the similarities are greater than the differences in these two species. Since they appear the same without a microscope and don’t require any unique treatment methods or tactics, little attention has been paid to any differences that might exist between them.

That’s not to say that there aren’t differences between common and tropical bed bugs. A study conducted in Malaysia indicates that tropical bed bugs have hairier legs than their common counterparts, and that makes them significantly more effective climbers. Fortunately, this doesn’t have much of a practical effect on extermination practices. The speed at which bed bugs reproduce means that traps can be a good way for the identification of a bed bug infestation, but they’re ineffective at actually curbing the population in a meaningful way. The hairs on the pads of their feet are especially strong, allowing them to launch themselves more effectively up even sheer surfaces. Fortunately, this species is more limited in range. They’re primarily found in Africa, Asia, and South America — although infestations have been found in southeastern U.S. states like Florida and Georgia. But since the differences between tropical and common bed bugs aren’t commonly scrutinized in pest control, it’s possible that members of this species cohabitate with common bed bugs in a broader range than we know.

More limited than even the tropical bed bug is a species known by the scientific name of Leptocimex boueti. It also prefers tropical and subtropical habitats, but it hasn’t spread as widely. As a result, populations of this type of bed bug are contained in South America and West Africa. This is partially due to the fact that humans actually aren’t the primary prey for this species of the bed bug. Most members of Leptocimex boueti feed off of bats rather than humans, although they’re not choosy eaters. If the opportunity presents itself, these bed bugs will not hesitate to lay as many eggs as possible in a human home.

Apart from their preference for bats and their more narrow range of habitats, these bed bugs don’t have many differences from other species. Their bodies are indistinguishable from one another to the casual observer, and the frequency, pattern, and severity of their bites are practically identical. Despite this, they could play a critical role in understanding the evolutionary path that bed bugs have taken. While only three bed bug species regularly make humans the target of their bites, they’re just a few of dozens that have developed specialized prey. It’s believed that all of these species originally evolved to feed off of bats, and Leptocimex boueti could provide the missing link regarding how some species evolved from favoring bat blood to favoring human blood.

If you believe you have a bed bug problem, we suggests the Harris bed bug glue traps and EcoRaider spray, among other options. The glue traps make it easy to identify whether you have bed bugs or another insect, and the spray is extremely effective at all killing bed bugs in all stages. 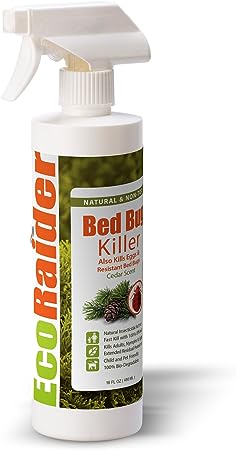 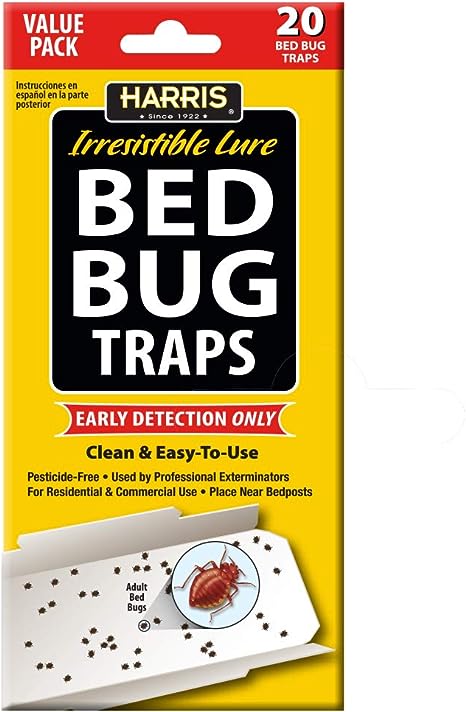 The Facts on Bugs Mistaken For Bed Bugs

Pest control experts can treat an infestation of any bed bug species interchangeably, but that’s not always the case if you’re dealing with an infestation of insects that look like bed bugs but are actually relatives that target other animals. Bed bugs belong to the family Cimicidae, and many other species live alongside humans without necessarily using humans as hosts. Here are some of the more common threats you might come across.

Swallow bugs tend to prefer to feed off of cliff- and barn swallows, and they make their parasitism more convenient by building homes in swallow nests. As young birds leave their homes to migrate or create their own nests, swallow bugs will often come along for the ride. While they prefer swallows, they sometimes come into contact with humans if a swallow makes a nest in a human attic or if migration patterns leave these bugs stranded. While their similarities to the common bed bug are many, you can distinguish swallow bugs by the fact that they’re grayer and less ruddy in coloring than traditional bed bugs. In addition to humans, they may also bite mice and other wild bird species.

Also known as the poultry bug, this species has naturally adapted to survive off of the blood of chickens. And since modern poultry farming tends to create environments whereas many chickens as possible are packed into the smallest space they can be, contact between poultry bugs and humans is inevitable. Despite that, bed bugs are actually more common pests in poultry farms than poultry bugs.

While they’re arguably the bug most commonly mistaken for bed bugs, bat bugs actually constitute a number of different species with reach across every populated continent. Bat bugs can be only distinguished from bed bugs under microscopic examination, and they’re not afraid to bite humans. As with bed bugs, bat bugs aren’t known to transmit diseases and have bites that only cause serious reactions in rare cases of a serious allergic reaction.

Can you see all types of bed bugs?

Adults of all three bed bug species can be seen by the naked egg, and they’re actually indistinguishable from one another if you don’t have a microscope. Baby bed bugs — also known as nymphs — are far more difficult to spot, and you may need a flashlight or magnifying glass to identify them.

What kind of bugs can live in a mattress?

In addition to the three species of bed bugs, your mattress can become a home to fleas, dust mites, carpet beetles, and a number of other invasive pests. Since symptoms and treatment methods are different, it’s important to identify exactly what issue you’re facing before coming up with a treatment plan.