The Top 7 Fastest Cats in The World

slowmotiongli/Shutterstock.com
Share this post on:
More Great Content:
See a Wildebeest Launch Itself Over Two…
Watch These Elk Ramming Cars at Yellowstone,…
An Absolutely Gigantic Moose Makes These Grizzlies…
See The Footage of The Rarest Bear…
Woolly Mammoth vs Mastodon: What are the…
This Prankster Coyote Wasn’t Ready for a…

Felines are famous for a lot of reasons, but one of their biggest claims to fame is their speed and agility. Cats come in all shapes and sizes, but virtually all species are dangerous predators that display exceptional physical prowess and acute senses that help them hunt.

Even though domestic cats are typically smaller than their wild brethren, they can be just as skillful at stalking, chasing, and capturing prey. The list of fastest cats in the world is mostly comprised of large wild cats, but read on for a few surprises!

As the fastest land mammal on record, it should be no surprise that the cheetah (Acinonyx jubatus) is the first one mentioned when talking about the fastest cats in the world. Adults can move at a reliable speed of up to 60mph and have the potential for short-distance sprints at up to 80mph.

Their incredible speed is perfect for chasing down prey on grassland and other flat terrains, but these big cats can also hunt successfully in wooded and mountainous environments.

Their lanky structure, light bones, and high muscle tone are all essential components that contribute to their amazing potential for speed. These animals are on the smaller side compared to other big cats with a total body weight between 90 and 140 pounds.

Cheetahs also differ from most other felines in that they are primarily active during the day rather than at night.

The jaguar (Panthera onca) is another one of the large cat breeds that can close distance on their prey with blinding speed. These elusive natives of South and Central America are the largest felines on the continent and can move at up to 50mph. This helps them catch up to some of their more agile prey targets, which include deer, capybara, and tapir.

The jaguar’s powerful body doesn’t just make them one of the fastest wild cats in the world, it also puts them at the top of the food chain in the rain forests, swamps, and floodplains they call home. They spend a lot of their time relaxing in the branches of trees to avoid exposure to pests or venomous creatures while keeping an eye out for their next meal.

Their striking and ornately-patterned coat may be eye-catching to human observers, but it serves as effective natural camouflage that helps them hide from prey and disorient them during the hunt.

Cougars (Felis concolor) may not match the cheetah in speed, but these versatile felines can run at 30mph and reach sprinting speeds up to 50mph. Their speed potential plays a pivotal role in their ability to chase down larger, athletic prey targets, which include deer and elk. They are also equipped with thick forearms and a powerful jaw that serves them well.

Cougars are among the smaller large cat breeds with a maximum adult weight of about 200lbs, but they are still the biggest felines in North America. They are most commonly found in mountainous and forested regions in the United States and Canada.

Even though their habitat is still threatened by human encroachment, their total population numbers are stable and they are one of the few wild cat species that are not threatened or endangered.

The serval (Leptailurus serval) is one of the fastest wild cats out in the wild. These nimble creatures weigh between 10 and 40 pounds, but can sustain speeds of 40mph and even push the limit up to 50mph for short bursts. Their lithe and athletic frame also gives them an incredible potential for leaping, evading, and maneuvering as they move.

Servals are native to the sub-Saharan region of Africa and their native habitat includes much of the continent. They prefer wetland habitats due to the available supply of water and potential prey but can establish themselves in grasslands and other fringe habitats. They target all kinds of smaller animals as part of their diet, including various rodents, birds, and frogs.

They stand about 21-24 inches at their shoulders and weigh in at 20-40 pounds. These wild cats have very long legs (the longest of any cat) relative to their body size. Their normal lifespan is about 19 years.

The margay (Leopardus wiedii) is another of the fastest wild cats that are native to the Americas. They are small and nimble creatures with many physical similarities to the larger ocelot cat species. These small, elusive and fluffy wild cats usually have light-colored fur that is marked by a combination of dark-ringed spots and broken bars.

These tiny cats only weigh in at about 5 to 10lbs but are known as one of the most adept climbers in the entire animal kingdom. They can run along branches and walk straight down tree trunks without breaking a sweat. They can also run at speeds of up to 30mph and can dart around the underbrush of their native tropical and sub-tropical forests like lightning.

The rusty-spotted cat (Prionailurus rubiginosus) is not only one of the fastest small cat species but also one of the smallest wild cats overall with an adult weight of 1 to 3lbs. Despite their tiny stature, these remarkable animals are thought to reach a top speed exceeding 50mph. However, due to their elusive nature and small native range, there are still a lot of unknowns about their physical abilities.

While their fur and markings are a bit plainer than many of their feline relatives, they do have distinctive lines marking their head and face. These tiny cats are only found in certain areas of India, Nepal, and Sri Lanka. They have a tendency to live on the fringes of human civilization, which makes them a threat to chickens and other small domesticated animals.

While the plain old domestic cat (Felis catus) can’t keep up with some of the big cats, the Egyptian Mau is one of the few breeds that are in the running for the fastest small cat. These remarkable kitties not only make good companion animals, but they are also natural athletes that can run at speeds up to 30mph. As pets, they are known for being vocal, inquisitive, and social with their human family members.

The Egyptian Mau has short hair, which can appear as a striking blue, silver, or grey color marked by darker spots or lines. The breed is relatively rare and is difficult to find outside of Egypt. It is thought to be one of the oldest domesticated breeds in existence and is also known as the quickest in the world.

Large cat breeds may not have to worry much about dodging predators, but many of the fastest small cat species rely on their speed to stay safe as much as they need it to find food.

Summary of the fastest cats in the world 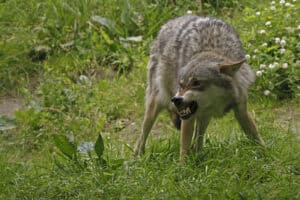