The largest snakes listed here were chosen because of their extraordinary length.

The snakes with tremendous length combined with a large weight ranked even higher on the list.

With that said, let’s discover the world’s largest snakes:

This venomous snake lives in the grasslands, woods, and scrublands of central Australia. Its mixture of yellow and brown scales helps to camouflage it as it moves its long body in search of frogs and lizards. It has a conservation status of Least Concern with a decreasing population.

The king cobra (Ophiophagus hannah) can grow to be 13 feet in length with a weight of 20 pounds. The king cobra is not the largest snake in the world, but it does claim the title of the longest venomous snake on earth!

They live in India, Southeast Asia and are found in rainforest habitats. These snakes can make themselves look even bigger when they ‘stand up’ or lift the top half of their body off the ground, in response to a threat. Its conservation status is Vulnerable, but it is a protected species in Vietnam.

The king cobra‘s hoods are actually ribs. Their known for their size, however, they use sound to defend themselves in the wild. They have very long lifespans compared to other snake species, and their biggest predator is the mongoose.

These are giant snakes, but are not the largest snake in the world. However, they are among them. These snakes live in South America. Some of them live in rainforests while others live in a semidesert habitat.

The slender black mamba only weighs about 3 pounds making it easy to move its long body at a speed of 12.5 miles per hour. The conservation status of this reptile is Least Concern with a stable population.

The African rock python (Python sebae) can grow to a length of 16 feet. This reptile can have a weight of up to 250 pounds. It lives on the grasslands and the savannas of Africa.

This snake wraps its large body around prey using its powerful muscles to suffocate them. These snakes are known to eat antelope, crocodiles, warthogs, and other large-size prey.

The fifth biggest snake in the world is the Indian python (Python molurus), which can grow to a length of 20 feet and sometimes longer. They have a weight of around 150 pounds. This reptile lives in the forests of Pakistan, India, Nepal, and Sri Lanka.

This snake has a diet of small mammals and birds. Like other pythons, it captures its prey with strong jaws, then wraps its body around the animal to suffocate it. These snakes are massive, however, they still aren’t the largest snake in the world.

Unfortunately, this reptile has a conservation status of Vulnerable. It’s hunted for its skin and consumed as food in some places. Loss of habitat is also affecting the population of this snake.

Ranked among world’s largest snakes, the Burmese python (Python bivitattus) has a length of up to 23 feet and can weigh up to 200 pounds. This reptile lives in the marshes of southeast Asia including China. Its body has a girth, or thickness, equal to a telephone pole! Like other pythons on this list, a Burmese python wraps its strong body around its prey to suffocate it.

Their conservation status is Vulnerable with a decreasing population. These snakes are trapped and killed for their skin and used as food. Habitat destruction has also contributed to decreasing the prey of this snake, therefore, lowering its overall population.

Burmese pythons have become an invasive species in the Everglades of Florida due to escaping captivity as pets. Recently, the largest invasive Burmese python was captured in Florida. The female snake is 18 feet long and weighs 215 pounds. Although these snakes can weigh as much as a person, they aren’t the largest snake in the world.

The Conservancy of Southwest Florida has been implanting radio transmitters in male scout snakes and releasing them into the wild to locate breeding aggregations where where large, reproducing females can be found.

They seek to remove these females from the wild in hopes of slowing their growing numbers.

The amethystine python (Morelia amethistina) can grow to a length of 27 feet and weigh 33 pounds, making it the third biggest snake in the world. Females are usually larger than males. This reptile lives in Indonesia, Papua New Guinea, and Australia. Its habitat includes tropical forests, savannas, and shrublands. The conservation status of this snake is Least Concern with a stable population.

Although these snakes are huge, they aren’t the largest snake in the world.

A reticulated python (Python reticulatus) can grow to a length of 29 feet and has a weight of up to 595 pounds! It’s called a reticulated python because of the mixed pattern of its brownish-yellow and black scales. The female reticulated python is usually larger than the male. This reptile lives in the rainforests and marshes of southeast Asia, Bangladesh, and Vietnam. Their conservation status is Least Concern.

The green anaconda (Eunectes murinus) is the largest snake in the world! It grows to a length of 30 feet and can weigh up to 550 pounds. If you stretched out a green anaconda to its full length, it would be about as long as the average school bus! Normally, female green anacondas are larger than males.

The snake that claims the title of biggest snake in the world lives in the Amazon rainforests and swamps of Brazil. They are carnivores capturing their prey of wild pigs and deer by wrapping their tremendous bodies around them and squeezing until the prey is dead.

Summary of the Top 10 Biggest Snakes in the World

Here’s a look back at the 10 biggest snakes inhabiting our planet: 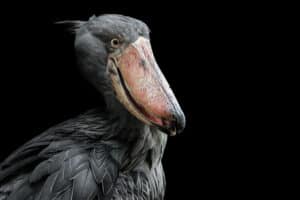