Horses are incredible animals of strength and speed. From the time of their domestication from wild horses around 4,000 BC until the invention of trains, they were still the fastest source of locomotion on land.

While they no longer provide an essential service, horses are still ridden both for pleasure and for sport. This article will cover the top nine fastest horse breeds in the world.

Top speed will be the main factor, but so will stamina and endurance over long distances. Many of the horses on this list are “hot-blooded.” This means the breed combines excellent speed and agility with a bold and spirited temperament.

The Mustang is a free-roaming horse from the western United States that descended from breeds brought by the Spanish to the Americas in the 16th century. They are often mistaken for wild horses, but this is not quite the case, since they were at one point domesticated and only later became feral.

Weighing around 800 pounds, this stocky and versatile breed excels at all kinds of challenging tasks such as dressage, riding, ranch work, and racing. Ranked #7 on our list, the typical Mustang can gallop at speeds of around 25 to 30 miles per hour, but they can potentially go even faster for short bursts. 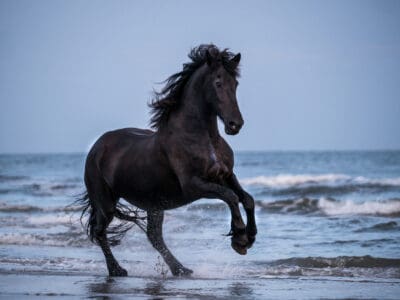 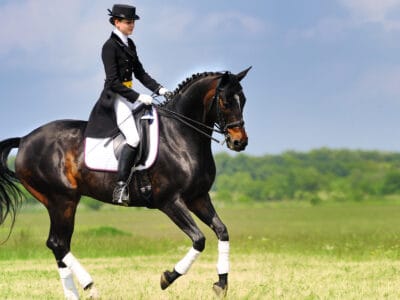 The mustang is considered the fastest horse among free-roaming horses in the U.S.

Developed on the east coast of the United States from a Thoroughbred horse in the 18th century, this American breed is a solid, muscular, well-built horse — featuring powerful shoulders and hindquarters — that trades some speed for sheer strength. There are many qualities at which they excel such as jumping, pulling, and racing.

This makes them especially popular in the sport of harness racing in which the horse pulls a two-wheel cart behind it while competing against other horses. Another potential sport at which they excel in show jumping or eventing (a combination of multiple events).

They are also considered to be people-oriented horses, easy to work with and train, which makes them very good choices for pleasure and trail riding, whether you’re a beginner or an advanced rider. While remarkably strong, it is not quite speedy enough to rank among the fastest horses in the world, at least compared to the following breeds on this list.

The Akhal-Teke is an ancient but rare breed of Turkmen horse whose ancestors may date back thousands of years from central Asia. The is the fastest horse The beautiful metallic coat, which comes from the opaque centers of the hair shafts, is a particularly unique and alluring quality in some individuals of this breed.

This horse excels at all kinds of athletic endeavors, including racing, show jumping, eventing, and dressage. While not exactly a popular choice on the racing circuit, several members of this breed made an enormous impact on international dressage competitions.

The American Paint Horse is among the fastest horses in the world. It shares a common ancestry with the American Quarterhorse and the Thoroughbred (both of which are featured later in this list). The most prominent characteristic is the pinto spotting pattern of white and dark coat colors covering the body. Black, bay, brown, and chestnut are all common and popular colors for this breed.

They excel at many equestrian disciplines such as reining, Western pleasure, and show jumping.

The American Paint Horse Association, which maintains a complete registry for this breed, even operates its unique racing circuit. A horse by the name of Izzy Legal, which competed back in the 1990s, still holds the record the number of wins on the circuit.

It’s thought that these fast horses can achieve top speeds of around 40 miles per hour.

The Andalusian, also known as the Pure Spanish Horse, which has lived on the Iberian Peninsula for thousands of years, conveys both speed and power in its appearance. It is strongly built, compact, and graceful in its movements, with a long flowing tail and mane.

While it has traditionally been a favorite of Spanish nobility since the Middle Ages, the Andalusian has also provided the basis for numerous other breeds throughout Europe and the Americas, making it a truly global breed.

The Andalusian is not the fastest horse in history, but it is prized for its extraordinary range of motion and agility; this has given it a tremendous advantage in show jumping, dressage, and long-distance racing. Andalusians were part of the Spanish team that won medals at the 2002 World Equestrian Games and the 2004 Summer Olympics.

Among the fastest horse breeds in the world, the Appaloosa was originally developed by the Nez Perce people of the Pacific Northwest from a stock of horses brought to the Americas by the Spanish in the early 16th century. Later additions to its lineage included Arabian and American Quarterhouse (about which more will be said later).

It is characterized by a distinctive leopard-like spotted appearance over its body. This breed is particularly well-suited for traditional western activities such as reining, cutting, and roping, but it can also be put to use for English disciplines such as show jumping, fox hunting, and eventing.

The Arabian is one of the oldest and most recognizable breeds in the world, dating back some 4,500 years to the Arabian Peninsula. Featuring a distinctively wedge-shaped head and high tail carriage, this horse was bred to survive long journeys in difficult desert climates, making it one of the fastest horses over immense distances.

Arabians usually have dense, strong bones that allow for good hoof walls. They are noted for their incredible endurance and superiority of the breed in Endurance riding competitions. Those fastest horses that are well bred and Arabians are strong horses with amazing stamina.

Able to form strong bonds with humans, the breed is also good-natured, highly-spirited, quick to learn, and eager to please. Because these traits are so appealing to breeders, a part of the Arabian lineage is found in just about every modern racehorse in the world today. These fastest horses are thought to achieve a top speed of somewhere between 35 and 40 miles per hour, perhaps even more in short bursts.

The American Quarterhorse, with its broad chest and powerful, rounded hindquarters, is perhaps the fastest horse in the world over short distances, eclipsing just about every other breed on this list. The name is even derived from its ability to sprint exceptionally well over a quarter-mile track. It originated from the 18th century with various crosses between the English Thoroughbred and several Spanish wild horses that had been let loose upon the Great Plains and then domesticated by native groups.

Today the American Quarterhorse serves many roles as a racehorse, show horse, ranch horse, rodeo horse, and all-around family companion. They’ve been known to reach speeds of around 45, perhaps 50 miles per hour, although their limited endurance means they are less suited for longer races compared to the number one breed on this list. While not many members of this breed are household names, the American Quarterhorse is perhaps one of the most popular breeds in the world among horse owners. They come in many different colors, including bay, black, brown, gray, dun, red and blue roan, and palomino. Perhaps the most popular choice is sorrel, a brownish-red color.

Tall, slim, and incredibly athletic, the Thoroughbred is largely considered to be the fastest horse breed in the world over longer distances. Topping out at speeds of around 40 to 45 miles per hour, it was developing in the 17th and 18th centuries by crossbreeding local English mares with imported Arabian, Barbs, and Turkoman stallions. The horse was then exported throughout the rest of the world, providing a basis for numerous other breeds. While their exceptional speed is best suited for horse racing, Thoroughbreds also excel at other riding disciplines such as dressage, polo, show jumping, and hunting.

Thoroughbreds include the fastest horse in history, at least on the racing circuit. In 2008, a two-year-old filly by the name of Winning Brew set a Thoroughbred record for top speed over two furlongs (that’s about a quarter of a mile) at the Penn National Race Course in Grantville, Pennsylvania. Winning Brew covered the distance with a time of 20.57 seconds or the equivalent of just under 44 miles per hour. Other contenders for the fastest horses in history include Man o’ War (an early Hall of Famer), War Admiral (the 1937 winner of the American Triple Crown), Secretariat (the 1973 Triple Crown winner), and American Pharaoh (the 2015 Triple Crown winner). The average speed of a Kentucky Derby winner, though not quite as fast as Winning Brew, is 37 miles per hour.

In Summary: 9 Fastest Horses in the World

Arabian Horses Were Brave in Battle

The Arabian breed has long been favored on the battlefield – including Napoleon’s favorite, the brave Marengo. Which were in fact, the fastest horse breeds. Perhaps one of the most famous war horses, this stallion was named after the battle of Marengo between France and Austria. Marengo was with Napoleon at the Battle of Waterloo in 1815. He lived in England until his death in 1831. 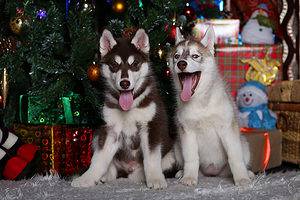