Whale scientist Nan Hauser had a one-in-a-billion experience, and even she realizes it sounds too good to be true. After all, when you read that a humpback whale saves a diver from a large tiger shark, it seems too good.

Yet, the video that she took in the water combined with her interview shows that something special happened that day. Hauser was off the coast of Rarotonga, the largest of the Cook Islands in the Pacific Ocean. As she was observing a humpback whale, one of them looked at her and started coming her way.

Realizing that she needed to keep her distance, Hauser stayed near the surface. The humpback whale kept coming closer until she could reach her hand out and touch his head. As she was touching the whale’s head, it starts to push back against her.

In any other situation, Hauser would be in danger. “I could easily be killed by this whale,” she says. A thrashing fin or a sudden move by the whale’s head could kill her.

Despite trying to keep her distance, the whale kept trying to tuck her under its pectoral fin. Although she was getting cut by the barnacles on the whale’s skin, she tried to reach the surface. That’s when the whale lifted her out of the water so that she could see her boat and other crew members close by.

When she went back under the water, the whale was still ushering her forward with its head. Fearing she could be swallowed by the whale, she clung to the enormous creature as it continued to take her toward her boat. That’s when she saw the mammal’s eye go wide.

Following the whale’s line of sight, she saw another whale slapping its tail in the water, a defensive maneuver. It’s also about the time she saw something nobody ever wants to see: the largest tiger shark she had seen in her entire life.

She panicked, but the whale simply rolled her on its head and took Hauser to her boat. The video shows Hauser surfacing and climbing aboard her boat. She turns around and says “I love you too. I love you too.”

Hauser admits that if anyone told her this story, she would think it was made up. Yet, her friend and fellow scientist, Robert Pitman, wrote about how humpback whales can demonstrate altruism toward other creatures. She believes that the whale purposefully saved her because it recognized the danger.

A little over a year later, Hauser was called to the harbor on Rarotonga to investigate a whale in the water. She noticed this whale had the same notches on its tail fluke as the one that had saved her. The whale came by her boat and that’s when she saw its unique head scar.

The whale nuzzled her as she returned to the water, giving an even happier ending to this sweet story. This may be the only recorded experience of how a humpback whale saves a diver from a shark.

Do Whales Often Save Swimmers?

While this seems to be the first documented instance of a Humpback Whale saving the life of a swimmer, they are know to be altruistic towards other species. There are numerous documented cases of Humpback Whales going out of their way to help other creatures. Several other marine species are known to help swimmers in distress, most notably dolphins.

Watch Other Shark Encounters Get Too Close for Comfort

If you want to see other examples of animal-human altruism or close calls, we suggest you check out these options: 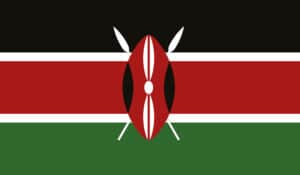