Whales aren’t just big creatures, they have gestation periods much longer than a human! With the massive size of whale babies, it definitely makes sense. Let’s dive into how long whales are pregnant and learn what makes them special. Plus, let’s compare the different species of whales and see which one has the longest gestation period of all! Let’s get started.

How Long are Whales Pregnant?

The exact gestation period of a whale depends on the species, but the average times are anywhere between 10 and 18 months.

Whales are the largest creatures in the ocean, so it makes sense that they have some of the longest gestation times! Part of what makes whales so special is that they are marine mammals, not fish. Fish lay lots of eggs and hope that a few of them survive to adulthood. Mammals usually take a different approach. Instead of “shotgunning” their kids into the world, mammals spend a lot more time caring for and developing their children before sending them off on their own. As such, the success rates for mammal children are much higher than that of clownfish or starfish, for example.

Additionally, mammals carry their young for much, much longer than creatures who lay eggs. In the case of whales, carrying their young is an especially long process. When a whale mother does give birth, however, it’s to a fully functioning whale baby, albeit a small one.

Why do whales have such a long gestation period?

Part of the reason that whales, along with most mammals, have longer gestation periods is because of brain development. Overall, mammals have much more advanced brains and need a long time in the womb to develop them. Whales are some of the smartest animals in the world and consequently, have long gestation periods. Even more, potentially the smartest member of the whale/dolphin family, the orca, has the longest gestation of 15-18 months.

Other animals with a high level of brain development when they are born are creatures like elephants. Elephants are well-known to be some of the smartest animals to walk the earth and consequently, have a gestation period of 18-22 months. Humans have it rough (around 9 months), but elephant mamas have to carry their babies for nearly two years!

How big are whale babies when they are born?

The exact size of a whale baby depends on the species. The largest whales on the planet, the blue whale, give birth to calves that are around 23 feet long. As soon as they are born, they are larger than nearly every animal on earth. The smallest species of whale, the dwarf sperm whale, is usually 9 feet long when it’s an adult, with their babies usually measuring 4 feet long and weighing 400-600 lbs.

Regardless of the whale, their babies are truly massive when born and all clear 400 lbs. The smallest whale babies are significantly larger than the largest humans! Even still, whale babies are at risk of predation when they are born. Only when they reach full size do they fully become the kings of the ocean.

Let’s go over a few of the most common whales and their associated gestation times in the chart below.

How long does it take for whale babies to become adults?

As a general rule, the exact time that a whale takes to mature from birth depends on the species. Still, there are some averages we can look at.

On average, whales become sexually mature between 5-10 years. During this time the whales are able to reproduce, but they probably aren’t fully grown yet. Some species of whales take around 25 years to reach maturity, however. The longest-living marine mammal in the entire world, in fact, is the bowhead whale. Many scientists belive that the bowhead whale lives upwards of 200 years, meaning that there may be some bowheads alive who were around before Maine was a state and during the first expeditions along the Oregon Trail. 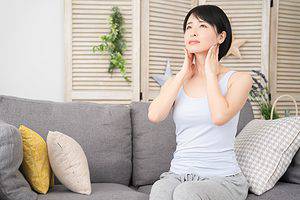