What Do House Flies Eat? 15+ Foods They Feast On

Written by Taiwo Victor
Updated: November 4, 2022
© iStock.com/PinyoJPR
Share this post on:
More Great Content:
What Kills Bed Bugs Instantly?
How To Get Rid of Roaches Overnight
Carpenter Ants vs Black Ants: What’s the…
Where Do Bees Go In The Winter?
The 10 Largest Grasshoppers In The World
Types of Beetles: The Complete List

There are around 240,000 different species of flies in the world. One of the most common types of flies is the house fly. A more important question than ‘what do flies eat’ is what kind of disease they spread. They are commonly encountered indoors, hence the name, and are of hygiene concern for humans as they are known to carry pathogenic organisms, which they transmit, and as a result, can cause various diseases such as typhoid fever, E. coli, cholera, shigellosis, and diarrhea, to name a few.

In a survey conducted by Orkin, the result showed that 61% of the participants will most likely eat the food landed on by a fly than the food that had been crawled over by a cockroach. However, if you know better about the food house flies actually dive themselves into, you surely won’t be a part of that 61%. This begs the question: what do house flies eat?

What Do House Flies Eat?

Generally carnivores, house flies consume decaying bodies of animals and manure as their primary food. They often feast on your leftovers, rotting human food, or anything that is pungent enough to attract their smell.

Here is a list of the food house flies mostly consider eating:

Animal matter, carrion, or feces are particularly appealing to house flies because the odor is strong, making it easy for them to locate. House flies will eat basically anything wet or decaying, but they are particularly drawn to pet excrement.

Adult house flies also consume rotting waste, fruits, and vegetables, sugar, and nectar from flowers. They will occasionally consume honeydew that has been left behind by aphids. House flies do not have chewing mouthparts, hence they cannot chew their food.

What Do House Fly Larvae Eat?

When they open their mouths, they show an innate hook-like feature, which they often use to scrape small solid particles of food from their mouths and swallow them.

How Do House Flies Eat their Food?

House flies are unable to bite or sting because they lack teeth and a stinger. Their mouths are more like sponges, soaking up whatever they eat.

They can only consume liquids, but they are capable of transforming many solid items into liquids by spitting or vomiting on them. As house flies are unable to chew, they must disintegrate solid food into liquid, or at the very least into particles measuring less than 0.45 millimeters. Their mouths are fashioned like straws, allowing them to suck up their food easily and efficiently.

The mouthparts of the vast majority of flies are characterized by two sponge pads and a straw. There are carved canals in their lips that allow fluids to seep in from the two spongy pads that are linked to the lower lip of the fly, or the labella. To achieve this, the fly disgorges saliva from its stomach, which softens the food until it is digestible enough for the house fly’s stomach. Once the process is done, the house fly uses its special mouth part called proboscis to suck on the liquid meal. Proboscis is elongated, helping flies suck flexibly.

Can House Flies Taste their Food?

With feet that are 10 million times more sensitive to sugar than the human tongue, house flies taste with their feet, and consume with their mouths. And it is for this very reason that they are constantly creeping on your meals. Because they also “taste”, and in this case “walk”, on rotting meat and feces, the last area you want them creeping on is the food you’re going to eat — not to mention the fact that flies are continuously defecating on their food!

House flies are prey to a wide range of animals too, such as bigger insects, spiders, birds, reptiles, amphibians, and sometimes even mammals.

Though labeled carnivorous, house flies don’t really hunt for prey, unlike most carnivores. However, that does not mean they are safe from predators, and no, this is not about the man-made fly traps that usually kill them.

The “fly predator,” commonly called fly parasites, are one of the most common beneficial insects that eat house flies. Fly predators are small wasps that eliminate house flies and other species of flies during their larval stage.

As natural enemies of nuisance flies, these tiny fly hunters are nature’s first line of defense against them. In order to deposit her eggs, the female fly predator locates a host pupa, drills through its cocoon, and then lays multiple eggs inside of it. The parasitoids that develop as a result of this process consume the pupa and destroy it later on.

Are House Flies Dangerous to Humans?

The house fly is probably not one of the first insects that jumps to mind when you try to think of the most harmful pests on the planet. Most people associate “dangerous pests” to stinging insects such as wasps and bees.

While it is true that flies seldom bite or sting, the fact that they frequently hover and land on dead animals, manure, rotting food, and rubbish makes them a potential health hazard. The fact that they visit those locations often before touching your food means that they are more likely to take up and spread diseases (as well as over 200 viruses and parasites) that are dangerous to humans.

Luckily, there are various strategies you may employ to keep house flies away, protecting you and your family from contracting any of the diseases that are carried by the small pests. 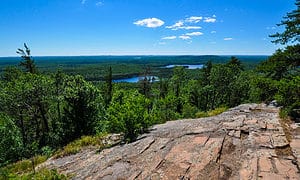