What Do King Cobras Eat? 11+ Foods in their Diets

King cobras, one of the most recognizable snakes globally, may truly be deserving of their “king” denomination. These venomous snakes live in Southern Asia and are the longest venomous snakes in the world. Their looks and imposing behavior give these snakes quite the reputation. Let’s look at what king cobras eat, and how it’s unique in the reptile world.

What Do King Cobras Eat?

King cobras mostly eat other snakes. They sometimes eat lizards and other small vertebrates when food is scarce.

When it comes to snakes, king cobras normally eat the Asian rat snake, dhamans, and pythons. They also don’t have any qualms about other venomous snakes and will happily eat Indian cobras, kraits, vipers, and wolf snakes. When

Food scarcity will encourage other dietary patterns in king cobras—namely, a switch to vertebrates. On principle, king cobras aren’t known for eating vertebrates and prefer cold-blooded animals. Still, when food is scarce, they will shift their diets to include rodents, birds, and lizards.

King cobras have a very slow metabolism and, after a large meal, won’t eat again for a few months.

How does a king cobra hunt?

King cobras are venomous and use their venom to incapacitate their prey. Let’s look into the different hunting strategies used by cobras when hunting various prey.

A king cobra starts its hunt with its tongue. Flicking its tongue in and out, a cobra can essentially “taste” the air and detect potential prey in the area. Once it has locked on to a particular scent, it follows its trail. As it gets closer to the potential target, it uses vibration to determine the specific whereabouts of its prey. A cobra’s sense of vibration is so attuned that it can feel and identify movement up to 100 meters away.

When it’s within range to strike, the cobra will lash out and envenomate its prey with fangs as long as 0.5 inches. After a strike, the cobra just has to wait as the neurotoxin does its job. In a single bite, cobras can inject up to 2/10ths of a fluid ounce of venom (enough to kill 20 people).

Once their prey is dead, they unhinge their jaw and work the animal into their mouths. Then, with backward slanting teeth, they work the entire animal into their digestive tract, where they slowly begin to break it down. Once a cobra eats a large meal, it won’t have to eat again for months at a time.

In rare instances, king cobras will constrict their prey, similar to a python. Additionally, when killing other snakes, they target the back of the head near the skull, going for a killing strike without putting themselves at risk of being bitten. However, with this method, there have been some documented cases of pythons and cobras dying together in a deadly embrace.

King cobras are venomous snakes and are very dangerous to humans. Thankfully, they prefer to avoid humans and won’t attack unless surprised or provoked. Most human-related incidents are due to snake handling performances. When a king cobra feels threatened, it will expand its hood to increase its perceived size.

If bitten, there is a 50% chance that king cobras will envenomate. If they do, immediate medical attention is needed as death can occur with 30 minutes. Thankfully, there is a known antivenom produced in Thailand that can reverse the effects rather quickly. Still, it’s better to avoid the snakes if confronted by one. The current fatality rate for untreated king cobra bites is between 50-60%.

King cobras have few natural predators and rarely need to compete with other snakes for food.

The primary predators for king cobras are humans. Through deforestation and poaching, king cobras have been moved to “vulnerable” status. Some Chinese medicinal practices call for king cobra parts, increasing poaching pressure.

Aside from humans, mongoose are the only animals brave enough to tussle with the king, although it doesn’t happen as much as many think it does. Popularized by the book Rikki Tikki Tavi, mongoose attack and kill cobras for food. Mongoose have a few advantages that help them against cobras. These agile predators have thick coats and skin to stop potential bites. When they do get bit, mongoose have specialized glands that make glycoproteins that bind to snake venom. It doesn’t make them immune, but it does give them some breathing room.

King cobras are important figures in South Asian culture, particularly in their mythology and traditional rituals. There is a ritual in Myanmar with a female snake charmer and a king cobra. The woman, typically a priestess with tattoos, dances with the snake and kisses its head at the end.

Additionally, there is a group of people known as the Pakokku that mix the cobra venom with ink. Using the mixture, they tattoo themselves each week as a way to protect themselves from cobra venom in the future, although the science doesn’t support the validity of the practice.

In many countries, killing a king cobra is a crime worthy of up to six years in jail. 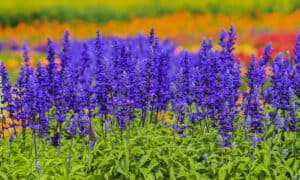