Wolves can look very similar to your average husky, but they are much wilder. Wolves and dogs are closely related, sharing around 99% of their DNA. The different dog species we see today are descendants of the wolf. Most wolves of today can be found in Alaska, Canada, and Russia, and are still dangerous predators to come across. The bite force of a wolf is powerful but how powerful?

Wolves are generally larger than dogs and are much more powerful. In addition, they have a very strong bite force, but how strong is it? In this article, you will learn everything you need to know about the bite from a wolf, and also how it can compare to a dog. Dogs have an average bite force of around 230 to 250 psi, now let’s learn about the bite force of a wolf.

What Is A Wolf’s Bite Force?

Wolves have a strong bite force of around 400 psi, which is stronger than most species of dogs. Some believe a wolf can bite with up to 1,000 psi, but testing animals for bite force can be difficult. A wolf’s bite varies because of its size, and whether the wolf was biting at its hardest. Wolves have a very strong bite force and also have extremely sharp teeth. Their teeth and bite help them hunt their prey and rip into the animals they kill. Wolves’ jaws are strong enough to crush bones.

Modern wolves have a strong bite force, but the extinct dire wolves were said to have a bite force as much as 30% stronger than the modern wolves. Wolves and dogs are quite similar but there are breeds of dogs that can bite harder than a wolf. A Wolf bite force may not be the strongest, but it is still deadly.

Here are some dog breeds and their bite force:

A wolf’s bite is powerful, but its teeth are also why wolves are dangerous. Their teeth are designed for their carnivore’s lifestyle, and help hunt and eat the variety of animals near them.

The Teeth Of A Wolf

A wolf will usually gain their full set of teeth by the time they are 7 months old, which helps them in their carnivorous lifestyle. As adults wolves have 42 teeth, each with its own purpose. 12 incisors are on the bottom and top of a wolf’s jaw used to groom themselves and feed on the meals they catch. Canines are the largest teeth of the wolf and help grab onto prey when they are hunting. Molars and premolars are also a part of the wolf’s 42 teeth helping them grind up and slice through food. Wolves who are older will lose teeth and grind their teeth down to nubs since they are used so often.

What Do Wolves Use Their Bite For?

Wolves have a strong bite that helps them defend themselves, or kill animals for food. When a wolf is threatening you it will flash its teeth and give off an aggressive growl. Wolves use their bite as the main defense, but they also live together in packs to keep each other safe. A wolf lives and hunts with its pack, attacking animals from different angles when trying to catch them.

2 to 36 members of wolves live in a pack, and their bite is what they use to hunt. Wolves feed on various species and in a group can take down large animals. Deer, moose, elk, rabbits, foxes, and other available prey in their area are what wolves eat.

In North America, the gray and red wolf are the two types of wolves that historically inhabited wide areas. However, wolves have lost a large majority of their habitat due to humans. Wolves (Canis lupus) are not endangered but have lost a large portion of their population. Red wolves on the other hand, are critically endangered and fewer than 100 individuals are believed to live in the wild today in small habitats mostly clustered in North Carolina.

Here are some sub-species of wolfs:

It is estimated that there are around 200,000 to 250,000 wolves left in the world. Gray wolves have the strongest bite of them all, but extinct wolf species may have been even stronger. 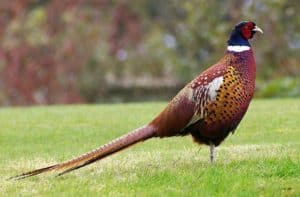 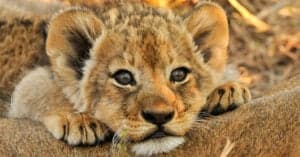 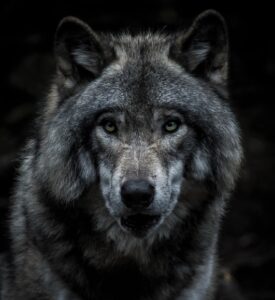