Written by Em Casalena
Updated: December 11, 2022
© nomis_h/Shutterstock.com
Share this post on:
More Great Content:
Are Mushrooms & Other Fungus Plants?
The 8 Different Types of Lawn Mushrooms
What Do Fungi Eat? The 3 Main…
Discover the Largest Mushroom Ever Grown
What Do Mushrooms Eat?
See 'Dominator' - The Largest Crocodile In…
↓ Continue Reading To See This Amazing Video

While springtime might be the typical time many foragers go out to hunt down choice edible mushrooms, summertime can also be a fantastic time to search for your favorite fungi. If you live in a climate that is particularly rainy in the summer, then you could have an excellent opportunity to forage for wild mushrooms found in summer!

In this guide, we’ll explore ten of the best mushrooms to forage for when the sun is shining. All of the mushrooms on this list are edible, but keep in mind that some may need to be cooked first before consuming. Just as well, some of the following mushrooms can have some pretty toxic doppelgangers, so be sure to familiarize yourself with poisonous and edible mushrooms before venturing out to forage mushrooms.

1. Chicken of the Woods Mushrooms

The chicken of the woods mushroom is classified as laetiporus sulphureus. This mushroom is quite hard to mistake for any other mushroom, is a favorite of mushroom foragers and foodies alike, and even just one cluster of mushrooms is typically plenty for several meals. Around June or July, this fungus is at full fruiting maturity and may be seen growing on the sides of trees.

As a saprotrophic fungus, commonly referred to as a decomposer, chicken of the woods grows on dead and decaying trees, especially oaks. Look for them on logs, stumps, and other standing timber in established oak forests. In addition, hemlocks may be home to chicken of the woods mushrooms. It is best to avoid eating these mushrooms since eating chicken of the woods that has been growing on hemlock might irritate your stomach.

The red chanterelle mushroom is classified as cantharellus cinnabarinus. All across North America, Eurasia, Central America, and Africa, red chanterelles can be found in coniferous woods. They often appear in the late summer and develop in bunches among the moss.

Typically funnel-shaped, meaty, and yellow or golden in color, chanterelles are mushrooms. Simply said, crimson chanterelles have deeper orange or red hues that are a little richer in color. The stem of the mushroom has ridges that resemble gills under the cap, and it may smell sweet, woodsy, or earthy overall.

Red chanterelles frequently taste lightly peppery. They are quite rich and frequently prepared with cream, butter, or wine.

3. Old Man of the Woods Mushrooms

The distinguishing characteristics include a velvety, molted cap with a pored surface rather than a gilled surface on the underside. They don’t grow in clusters and have scruffy stems. When cut open, they often bruise pinkish before becoming black.

The black trumpet mushroom is classified as craterellus cornucopioides. In mossy hardwood woods, which are prevalent across North America, you can find black trumpet mushrooms. They thrive in wet, gloomy places and frequently grow next to streams and washes. The optimum times to collect these lovely flowers are in the summer and fall.

These mushrooms may be quite difficult to find and thrive in leaf litter. However, they tend to grow in large groups, so if you come upon one, you’re in luck! This mushroom’s cap is fashioned like a vase or a trumpet and is inky black, dark brown, or grey. The underside is smooth and devoid of pores or gills. Small scales may be present at the top of the cap, but otherwise, it has a smooth or hardly wrinkled appearance.

The taste of these mushrooms is deep and smokey. Since they are frequently pretty unclean, wipe them down before cooking. If dried, black trumpets retain their taste nicely as well. They taste great when dried and added to soup or grain dishes, or cooked with oil and garlic.

The shaggy mane mushroom is classified as coprinus comatus. In the summer, shaggy mane mushrooms may be seen fruiting in meadows and grasslands all throughout North America and Europe. If you reside in a hot area, we advise searching for these mushrooms early rather than later, between June and July.

Only the juvenile stage of this species, before the gills become black, is edible. When young, its shaggy head, which is coated in loose scales, hangs over a large portion of the stem. In a flash, the gills change color from white to pink to black. The gills of this species must be picked before they darken. Because it contains a lot of water, this mushroom is a fantastic addition to stocks and soups, particularly risotto.

The summer oyster mushroom is classified as pleurotus pulmonarius. Here is another type of mushroom that is simple for beginners to gather! On wood, such as decaying logs or tree trunks, oyster mushrooms frequently grow. They come in a variety of hues, from white to light pink to pale brown. The simplest method to recognize oyster mushrooms is to check for their short, crooked stems and pure white gills. They grow in clusters on dead or dying trees, which is another characteristic of their growth style.

The growth season for oyster mushrooms is also longer than that of other kinds. Depending on where you live, you can find them throughout the summer, fall, winter, and spring. Additionally, they may be utilized in a variety of recipes.

The frost’s bolete mushroom is classified as exsudoporus frostii and is formerly known as boletus frostii. It’s not too difficult to recognize this mushroom if you’re an experienced forager. Simply seek for the stem that is strongly reticulated in crimson and has a dark red crown. When young, the pore surface appears red, but it has no gills and contains small yellow liquid droplets. They can be seen thriving beneath oak and other hardwood trees. In the United States, they are most prevalent on the east coast from late summer to early fall.

On the sides of oak trees, typically towards the tree or stump’s base, beefsteak mushrooms grow. They do not, however, only develop near the tree’s base; they can also be seen further up. Although oak is the most common species, this fungus is also known to grow on sweet chestnut trees. They frequently develop from the shattered stumps or roots of dead trees. The greatest spot to look is at the roots of recently deceased but still standing trees because that is where it is most frequently found.

The chestnut bolete mushroom is classified as gyroporus castaneus. These are frequent in the summer, when the boletes are active, in mixed hardwood woods of Eastern North America. They are frequently scattered across forests that contain red and white oak trees. Similar to other boletus mushrooms, this one occasionally grows in small clusters, but more frequently than not, one will find them alone and dispersed across the woods.

The hollow, thin-walled stem of the chestnut bolete may not be truly hollow until it has fully grown. Additionally, while young, it has a rich, chestnut brown crown that progressively becomes tawny or beige.

The parasol mushroom is classified as macrolepiota procera. Excellent mature individuals of this species can be seen from late July into the fall. They can be found in woodlands, untouched grasslands, and meadows.

The parasol mushroom has a cream-white stem that seems to be covered with a snakeskin pattern. It may grow extremely big, up to a height of 10 inches. Additionally, the stem is frequently surrounded by a ring. If handled gently, it can be taken off the stem in one piece.

Parasols taste like your typical cooking mushroom and have a great, dense texture. They do successfully dry pretty well, keeping their aroma and flavor. After foraging, you may enjoy these mushrooms for months by slicing them up and placing them in a dehydrator.

The content on this page is for informational purposes only and may contain inaccuracies. Please verify all information independently. AZ Animals says: do not eat any wild mushrooms or plants without firsthand knowledge that they are safe for consumption. 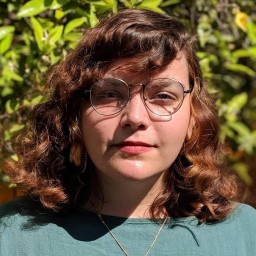 Most mushrooms that are ideal for foraging and eating can be found during the late summertime in North America.

Are there many mushrooms that are ready for harvest in summer?

Generally, autumn is the best time for foraging mushrooms. However, mushrooms can grow all year round and can be found during summertime as well.

What is the best weather for mushroom foraging?

Summertime, especially very hot and humid summers, is ideal for growing and foraging for wild mushrooms 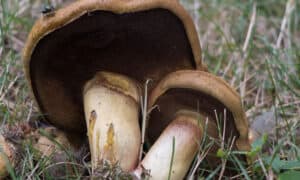 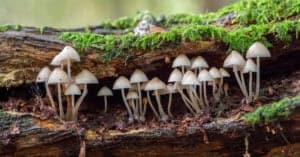