Poop teaches us several things. Even though it may not appear or sound spectacular, it can reveal a lot about an animal’s nutrition and general health, including what they ate, where they went, and whether they may have been exposed to disease. Examining scats has motivated many scientists to investigate the topics you didn’t even realize needed solutions. The wombat is one mammal whose feces appear to defy physics. A marsupial, or pouched animal, this huge, stocky mammal can be found throughout Australia and on a few surrounding islands.

Like other marsupials, the wombat gives birth to offspring that crawl into a pouch on their mother’s tummy while they are tiny and underdeveloped. However, the wombat has far more interesting features than just that. The mammal’s scat has perplexed scientists for years as they are the only animals on the planet that produce cube droppings. So, what are the mysteries that surround wombat poop, and why are their scat cubed? That’s what we will find out in this article and more!

Why Is Wombat Scat Cubed?

The wombat’s bizarre scat has mystified various scientists for years, and finally, they have discovered that wombat scat is cubed due to the different speeds at which the scat is created within the mammal’s intestine. According to scientists, the intestine of a wombat looks like a cross-section of a rubber band with the two ends kept slightly tight and the center drooping. The edges and cube shape of the scat are produced by the various rates at which the elastic and stiff components contract.

Cubes may captivate humans, but only one animal—the wombat—poops them. This marsupial’s capacity to squeeze out roughly a hundred six-sided turds daily has long baffled biologists. Wombats do not generate round pellets, tubular coils, or disorderly mounds, regardless of having round anuses like other mammals. But scientists claim to have discovered how the wombat intestine produces this unique excretion.

Scientists analyzed a wombat that had been killed by a car to solve the riddle. The scientists originally reported this in 2018, when they investigated the intestines and discovered two channels where the guts were more elastic.

The researchers examined the layers of muscle and tissue in the guts of two additional wombats for the latest study, and they discovered areas of varying thickness and stiffness. As the gut draws nutrients and water out of the excrement over the course of several days, the intestinal sections shrink, compressing the waste.

The results of a team’s investigation of the wombats’ digestive systems were presented at the American Physical Society Division of Fluid Dynamics. The scientists compared the wombat’s and pig’s intestines by inserting a balloon into the animals’ digestive systems to observe how it stretched to fit the balloon. According to the experts, this led to 2 cm (0.8 inches) cube-shaped dung that is only found in wombats in the natural environment.

Do Wombats Stack Their Poop?

Interestingly, wombats produce around 100 of these six-sided brownies per day, which they stack together. Therefore, the cube design might make poo-stacking easier. After all, rounder feces tend to roll away. Another question surrounds the reason behind why they do this. Wombats utilize their excretions to communicate with one another because they have poor eyesight. They frequently poop on rocks, logs, or other raised surfaces to make their message more noticeable.

However, that is only one theory. Another is that the wombat poo’s six-sided shape provides a larger surface area for the animal’s scent to spread, revealing social cues or reproductive status.

If you’re concerned about the wombat poop’s insides, there’s nothing to worry about because wombats are exclusively herbivorous, meaning that plants make up most of their diet. These little creatures may resemble miniature bears but lack the abilities or biological advantages necessary to make them effective predators. On the other hand, wombats mostly consume a variety of native grasses, along with a few roots and leaves.

Because Australia is covered in grasslands and scrublands, these animals have access to a nearly continuous food supply. Australian-only snow grass is a tough type with a reputation for being highly drought-tolerant. They also eat herbs, fungi (such as mushrooms), grass roots, trees, shrubs, bark, bushes, moss, march plants, and leaves. Wombats will dig deep among the grasses during a drought in order to reach the grass roots for food.

Wombats are reported to consume wallaby and kangaroo grass in addition to snow grass. Tussock grasses that thrive in different parts of Australia include these grass types. Both kinds of grass can withstand fire, and for thousands of years, residents have processed the grains into flour and porridge.

Despite their herbivorous diet, wombats can take a couple of weeks to fully digest their meals because their digestive systems work slowly. Wombats have strong backs that they can utilize to deter predators from devouring them even though they appear to be simple targets.

Wombat poop isn’t going to be your concern now or in the near future because wombats are not born to be pet animals. Despite their cuteness, wombats do not make ideal pets. In a zoo or sanctuary setting, it’s better to admire them from a safe distance. Owning and exporting wombats are now prohibited both inside and outside of Australia.

Wombats are not venomous, poisonous, nor carnivorous predators either, so generally, they pose no serious threat to humans. For farmers and ranchers, wombats’ digging can result in pasture and crop destruction. Sadly though, these species have been associated with the groups of wild animals known to be crop and livestock killers as well as disease carriers.

Burrows, which can be complex networks of tunnels and passageways with a radius of 650 feet, is the home of all wombat species. Most wombats live alone and find solace in their burrows. They mark their territory by whimpering at intruders, rubbing their smell on trees, and dispersing cube-shaped droppings. Their feces’ unusual form also helps them keep their territorial markings. 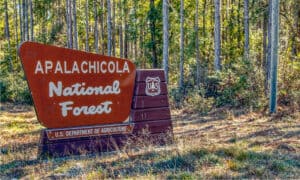