Officially known as the Republic of Colombia, Colombia is a country located in the northwestern part of South America. The nation is bordered to the east by Venezuela, to the north by the Caribbean Sea, to the northwest by Panama, to the southeast by Brazil, and to the south and southwest by Ecuador and Peru. The Colombian flag serves as one of the country’s most identifiable features and is a symbol of the country’s history, culture, and identity. We shall examine the Colombian flag’s origins, significance, and symbolism in this blog post, alongside some fascinating facts about the country and its citizens.

Colombia is surrounded by various nations, and it has also drawn maritime borders with them through seven Caribbean Sea accords and three Pacific Ocean agreements. Due to its proximity to the equator, the nation is one of the few in the world to have a completely different range of climates, vegetation, soils, and crops. Because of the country’s natural features, it is divided into six primary natural regions, and the largest one is the Andean Mountains. As one of the largest mountain ranges in the world, the Andean cordillera dominates the western region of the nation, where most of the population resides.

Colombia is a relatively large country, with a total population of over 52 million people scattered around an area of 1,141,748 square kilometers (440,831 square miles). The country is the fourth-largest on the continent by land area and the second by population. With a population so large, the country is bound to have some pretty interesting cultures, considering how diverse its people are. The country has a diverse ethnicity, with people having ancestral ties to the native inhabitants of the region, enslaved people brought from Africa, Spanish colonists, immigrants from Europe and the Middle East, etc.

The country’s cuisine is also diverse, primarily because of the many ethnic groups residing in the country. The culinary customs of Colombia’s six major regions—the Caribbean, Pacific, Orinoco, Amazon, Andean, and Insular—make up Colombian cuisine. The country’s cuisine also shares a history with Spanish foods, as the country was once a colony of Spain. Dishes and recipes differ across regions, influenced by native Colombian, Spanish, and African dishes.

Depending on the area in Colombia, different languages have their roots. More than 99% of the country speaks Spanish, but English is regarded as the official language in some areas like San Andrés and some other islands. Apart from Spanish, the country’s official language, the exact number of languages spoken in Colombia is not known but is estimated at around 100 or even more. However, many of these languages are no longer in use, and the various ethnic groups in the country around only use 70 languages.

Colombia is a country that is also religiously diverse, although this diversity is not as developed. The country’s official religion is Christianity, particularly Roman Catholicism, which has deep roots in Colombian society and greatly influences the government. Despite Christianity being the most practiced religion, the country’s constitution allows for religious diversity. As such, other Christian denominations are growing within the country, alongside other religions such as Judaism, Buddhism, Mormonism, etc. Despite the fact that, according to baptism rates, Colombia is still mostly a Roman Catholic nation, the constitution of 1991 assures all religions and sects are treated equally under the law.

History of the Flag of Colombia

The Colombian National Flag was created by Venezuelan General Francisco de Miranda and was formally accepted on November 26, 1861. However, despite being designed in the 19th century, various variations of a yellow-red-blue flag have been used throughout the country’s history. The current flag of Colombia retains the three main colors of the banner of Gran Colombia founded by Simon Bolívar, which it also shares with Ecuador and Venezuela.

Gran Colombia was a republic in South America that broke apart in the 19th century, forming the countries of Colombia, Ecuador, Panama, and Venezuela. Other variations of the Colombian flag include the one from 1831, which had the national emblem in the middle of the new horizontal red-blue-yellow tricolor, and the one from 1861, which was inverted vertically and lacked the national insignia.

Flag of Colombia: Meaning and Symbolism

The Colombian flag represents the country’s independence from Spain, which it attained on July 20, 1810. The flag is a yellow, blue, and red horizontal tricolor. The yellow stripe occupies half of the flag, with the remaining area evenly divided between the blue and red stripes. The yellow portion of the flag, in the current interpretation, stands for gold, sovereignty, harmony, justice, agriculture, and the Sun, the source of light. It also symbolizes the wealth of the nation and the Colombian land. Some stories claim that the gold mentioned in this meaning was actually present in the country before the Spanish invasion.

According to one interpretation, the color blue stands for loyalty and vigilance. At the same time, according to another, it symbolizes the sky above, the waters off the coast of Colombia, and the rivers that flow through. The significance of the color red is the same regardless of the various interpretations: it stands for the blood shed for Colombia’s freedom and the Colombian people’s effort, endurance, and determination. It symbolizes how Colombians have prospered despite their past hardships. 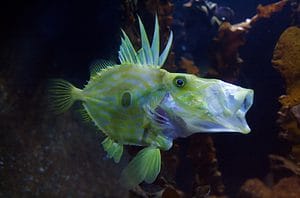