The 10 Best Children’s Books About Tigers – Reviewed and Ranked

From the classics like Alice’s Adventures in Wonderland and Charlotte’s Web to the more modern Peppa Pig, animals have remained a major source of inspiration for children’s literature. There are many diverse ways that authors portray the animal world, spanning fables with talking animals to tales in which animals represent human qualities such as innocence, greed, courage, or laziness. Even books written from an animal’s perspective exist.

Dogs, rabbits, foxes, pigs, tigers, cats, ducks, and mice are some of the frequently encountered animals in children’s books. The stories characterized by these animals spark a range of emotions in children, including delight, surprise, and horror.

Although tigers are terrifying, there’s something about how they walk that has a feline slink. Their striking black stripes against an orange coat and their appealing symmetry all contribute to the fact that tigers make excellent fiction protagonists. There are many different tigers in children’s stories, some of which are hungry, others are friendly, some are aggressive, and some are even fun. Our list of personal favorites has been curated for your consideration, based on how well they’ve sold, how highly they’re rated, and the awards received.

#1 The Tiger Who Came to Tea

Since its release in 1968, the Tiger Who Came to Tea has been popular with generations of kids. This timeless picture book tells a charming story, and it’s easy to see why it has won the hearts of millions of young readers.

The author and illustrator, Judith Kerr delights her audience with the story of a Tiger that is constantly hungry and enjoys devouring everything in Sophie’s home. The dinner continues to increase in size as it is accompanied by a pot of tea.

The publisher, HarperCollins Children’s Books, reported that over five million copies have been sold since its initial release. It has been translated into German, Hebrew, Welsh and Japanese languages.

In 2017, The Tiger Who Came to Tea was given the Specsavers Platinum Bestseller Award. At the Sainsburys Children’s Book Awards one year later, in 2018, the book was awarded the Children’s Classic prize. In 2008, the book was adapted for the stage, and in 2012, it received an Olivier Award nomination for Best Family Entertainment. On Christmas Eve 2019, a television adaptation of the book aired on Channel 4 in the UK. The Tiger Who Came to Tea Check Amazon

#2 Augustus and His Smile

In her debut novel, Catherine Rayner’s story and images create an adventurous universe. Augustus the tiger is on the prowl, but not for food; he’s on the lookout for his missing smile.

As he ascends snow-capped mountain crests and swims to the bottom of oceans, Augustus comes to the realization that his smile will always be visible when he’s happy. By opening his eyes to the world around him, he can see how beautiful the surroundings are.

Augustus and His Smile was a 2006 Booktrust Early Years Award winner and a nominee for the Kate Greenaway Award. Augustus and His Smile

The award-winning picture book by Peter Brown sets severe, sepia-toned cityscapes in which Mr. Tiger appears with a riot of color and activity in the wilderness. It captures the emotions Mr. Tiger is experiencing, and it’s fun to watch his expression change from gravely upset to joyful.

With its stunning drawings and creative story, the kids are in for a beautiful, wild ride. Humorous tale with a deeper meaning

Izzy is a restless school girl who can’t sit still. Despite her teacher’s orders, Izzy runs off to tickle a tiger during a class visit to the zoo.

This action has consequences that nearly destroy the zoo, which is beautifully depicted on two fold-outs for the chaotic unveiling, but Izzy seizes control and manages to restore order.

Never Tickle a Tiger by Pamela Butchart is a cautionary story that teaches kids the unexpected effects that can occur when they fail to comprehend the rationale behind instructions.

Illustrated by internationally renowned and best-selling artist Marc Boutavant, the captivating images and alliterative, repetitive writing build the plot and expose kids between the ages of 3 and 6 to the behaviors and sounds of animals in the zoo. #5 There is a Tiger in the Garden

This is yet another tiger-themed picture book that kids enjoy. If you’re a fan of

Emily Hughes, Peter Brown, and Julie Morstad, then you will like this creative debut picture book.

It is based on the sweet story of Nora, who is visiting her grandma. When her grandmother claims to have seen a tiger in the backyard, she is skeptical.

Tigers, as are generally known, do not dwell in gardens, but rather in jungles. As a result, Nora is convinced that there is no way a tiger could be in the garden, even when she comes across butterflies with wings the size of her arm, plants that try to eat her toy giraffe, and a polar bear that enjoys fishing. There's a Tiger in the Garden

A celebration of the power of imagination in kids

A great story to read aloud and bring characters to life

Thanks to its sensitive yet humorous portrayal of stretch marks, this book has become a sensation in parenting communities.  The little protagonist, Eliza is eager to share with everyone she encounters the fact that her mother is a tiger. However, she lacks a tail and paws with pointed claws.

My Mum’s a Tiger not only teaches readers about what makes Eliza’s mother so wild, but it also encourages children to accept their identity and be comfortable in their own skin.

In 2021, Kate Claxton won the Selfies Award in the children’s category. My Mum's a Tiger

Set in Central India, this book is a series of short fables that anthropomorphize animals to teach moral lessons. The three stories about the adventures of Mowgli, a young boy living in the jungle, are the most popular stories in the book. Still in the jungle, Mowgli meets characters like the menacing tiger Shere Khan, Bagheera the panther, and the free-spirited bear, Baloo.

Although it was published in 1894, Rudyard Kipling’s book remains appealing to a lot of people, and it’s easy to see why. The author combines delightful storytelling, myth, adventure, and morals to produce one of the classical children’s books.

Typical of a classic, this book (especially Mowgli’s exploits) has been recounted in animated movies, TV shows, and plays. In 2016, Walt Disney Pictures produced a live-action remake of their 1967 animated film which was an adaptation of the book. A classic book in its own right

Leo is an inept tiger who can accomplish nothing. He is unable to properly speak, eat, write, draw, or read. When his father inquires as to what the issue was, his mother replies that Leo is simply a late bloomer.

Leo’s father keeps an eye on him, but he doesn’t notice any improvement. Leo’s father stopped looking at him after his mother informed him that a bloomer cannot bloom while being seen. Leo eventually regained his ability to read, write, draw, and chew food properly.

Written by Robert Kraus and illustrated by Jose Aruego, this colorful book is a morale-booster for families with late bloomers or children with unique developmental needs. This dreamlike, lyrical debut book by Mary Logue mirrors an imaginative conversation between a sleepless young girl and her loving parents. The girl’s parents react to her standard stalling tactics with composure and common sense. She does not need to sleep, but she has to do the usual bedtime routine. Then, she inquires “does everything in the world go to sleep?”

She and her parents talk about how different animals sleep in different ways. All animals, from tigers and bats to their pet cats and dogs, require sleep. Eventually, she’s able to sleep warm and strong, just like a tiger.

Thanks to the illustrations done by Pamela Zagarenski, the book won the Caldecott Honor Book in 2013.  It also received the Notable Children’s Books Award by the Association of Library Service to Children (ALSC) in the same year. Tiger on a Tree centers on a curious Tiger who, to the fear of the villagers, wanders into an Indian village. The scaredy-cat tiger finds himself unexpectedly perched in a tree as he ambles from the sea to the field.

However, after they have him in custody, the villagers make an unexpected choice over what to do with him, and the tiger quickly escapes and begins to flee.

Through energetic language, brilliant orange-and-black illustrations, and typography that soars alongside the tiger and his pursuit, young readers can enjoy this straightforward, colorful adventure.

Authored by Anushka Ravishankar and illustrated by Pulak Biswas, this book was a recipient of a global award from the Bratislava Biennale of Illustrations. In addition, it was the 2005 winner of the Notable Children’s Book Award by the ALSC. Tiger on a Tree Check Amazon

The Oldest Living Thing on Earth Can Be Found in California 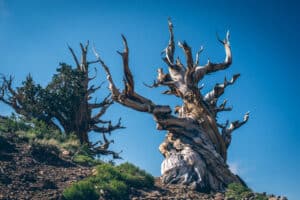