Because dinosaurs are a timeless childhood favorite, there are many options when it comes to children’s books! Here are some dinosaur-related books for kids of all ages. Some teach dinosaurs in a pleasant, “soft” way. For older children, we also included books that detail the true lives of dinosaurs.

Even if we are aware that dinosaurs did once wander the world, it’s amusing to mix the realistic and imaginative. After all, dinosaurs are already very fantastical by nature. Dinosaurs on the Go series by Penny Dale

This intrepid team of dinosaurs has built, rushed, rescued, flown into space, and even battled pirates. Currently, they are hard at work on a farm. Join them as they harvest wheat, feed sheep, and plow the hard soil. But for what are they getting ready all of their livestock and crops?

To where are they driving their tractor, exactly? Surely, an agricultural show! But will they take home the big prize? You and your little one will love the story of this book and the illustrations pair fantastically.

How Do Dinosaurs … series by Jane Yolen

How Do Dinosaurs Learn to Read? Check Amazon

America’s favorite dinosaurs scream and romp as they dunk books in the tub, toss them around, and eventually figure out how to carefully read them at night with Mama and Papa. Prepare to chuckle at this jovial, heartfelt, and humorous approach to books! Here, the rhyme and images work brilliantly together to deliver the topic in a lighthearted, interesting, and nonjudgmental manner.

As families discuss reading dos and don’ts, the contrast of huge dinosaurs in kid-sized beds (with human parents) adds humor. Each volume in the enduringly popular How Do Dinosaurs series alternates between silly antics and a kind lesson. The final pages of this book — the 12th in the series — are intended to excite your own little dinosaur.

Dad and the Dinosaur by Gennifer Choldenko

Dad and the Dinosaur Check Amazon

The collaboration of Caldecott Medal winner Dan Santat and Newbery Honor winner Gennifer Choldenko has created a future family classic. A touching father-son tale about bravery and overcoming anxieties. The darkness outside of his door, the shrubs where bugs lurk, and the underside of the manhole cover terrify Nicholas. His father fears none of those.

Nicholas needs assistance, yet he wants to be as brave as his father. He needs a dinosaur as a result. After all, dinosaurs enjoy the darkness, see insects as nothing, and regularly consume manhole covers for lunch. Nicholas can climb over large walls, swim in deep water, and even score a goal against the enormous goalie everyone refers to as Gorilla, with the help of his toy dinosaur.

But as the dinosaur vanishes, everything becomes ominous once more. Fortunately, his father is aware that even the most courageous individuals have dreaded and that it is acceptable to seek support while facing your anxieties. This book is fantastic to open up the conversation with your children about mental health.

This is a hilarious, weird new middle-school series that approaches bullying in a completely original and creative manner. The dinosaur gene is known to skip a generation. Thus, when Sawyer grows spikes and a tail before the beginning of fifth grade, it is not entirely unexpected. Considering that his grandfather had stegosaurus ancestry.

Despite having a strong desire for vegetables, being a dinosaur is actually pretty great. However, despite the fact that he drapes them with tennis balls, some of the schoolchildren aren’t too fond of his spikes. When a few of the bullies inexplicably quit showing up at school, Sawyer feels relieved — until he learns a revelation more astounding than dino DNA! Only Sawyer, with the aid of his pals Elliot and Sylvia, can save the missing children from a colossally terrible fate.

Bursting with fun facts and age-appropriate information, each spread features a different dinosaur, along with simple text in large font that is perfect for little kids. Young dino fans will love the interactivity included in every chapter, and parents will appreciate tips to help carry readers’ experience beyond the page.

In the Past by David Elliott

In the Past: From Trilobites to Dinosaurs to Mammoths in More Than 500 Million Years Check Amazon

Travel back to the prehistoric age to find a variety of new and well-known creatures, including the enigmatic trilobite and the renowned Tyrannosaurus rex. Does your kiddo wish to meet a dunkleosteus? Perhaps a psittacosaurus. How about the meganaura, which is like a dragonfly?

David Elliott and Matthew Trueman shed light on some of the most fascinating species that have ever evolved on the earth in a collection that is arranged chronologically by period and is sure to fascinate everyone from armchair dino fans to aspiring paleontologists. This book guarantees exciting journeys back to a period as fascinating and changeable as any in the evolutionary history of our planet by combining poems that are both educational and artistic with visuals that are great for gazing over.

Each edition of Science Comics provides a thorough overview of a specific subject, including information on dinosaurs, coral reefs, the solar system, volcanoes, bats, and airplanes, among other things. These exquisitely drawn graphic novels provide wildly fascinating perspectives on various subjects. These books are for everyone, whether you’re a fourth grader studying natural science in class or a 30-year-old secretly obsessed with aviation!

In this book, discover the evolution of paleontology of dinosaurs! An intriguing examination of dinosaur research spans the past 150 years of dinosaur hunts and shows how our perceptions of dinosaurs have evolved through time. We love this option for children who are a bit older, who prefer to read by themselves, or who love graphic novels!

Travel through time to a remarkable lost world. The Smithsonian is well-versed in these prehistoric species. Witness a staggering array of dinosaurs and other prehistoric species come to life. This is the greatest dinosaur visual dictionary! They are all here, whether they are feathered, hairy, or scaly. The ideal dinosaur book for kids aged 9 to 12 is this one.

You’ll discover inside unreleased photos of the best and most complete dinosaur fossils ever discovered, taken on-site in North America and Europe. Key science, geography, and biology curricular areas are covered in the material. This dinosaur instructive book for kids is crammed with amazing facts about dinosaurs, magnificent lifelike reconstructions of dinosaurs, and extra details about habitat, food, and behavior.

There’s a Dinosaur on the 13th Floor by Wade Bradford

There's a Dinosaur on the 13th Floor Check Amazon

A funny story that plays with preconceptions and discoveries, as well as reveals a shockingly thought-provoking ending twist, is the work of author and playwright Wade Bradford and award-winning illustrator Kevin Hawkes. In this family-friendly adventure packed with visual humor, the conclusion is anything but predictable as a sleepy hotel guest sets out in pursuit of sleep.

Will the bustling Sharemore Hotel ever allow Mr. Snore to get some rest? The first-floor room is very noisy. It’s too cramped in the room on the second floor. The third-floor room is far too wet.

Mr. Snore is sure to run across something that will keep him up at night wherever he goes, with an obedient bellhop guiding the way. Why is it so difficult to get some quiet time? The thirteenth floor might be a better option for Mr. Snore. Find out why in this adventure book!

What the Dinosaurs Did Last Night: A Very Messy Adventure by Refe and Susan Tuma

Has your child ever wondered what toys get up to when the rest of the home is asleep from the inventive parents who made “Dinovember,” the web craze that became a worldwide sensation? While Rex from Toy Story can paint one picture of the happenings, this book takes your children on an overnight adventure.

Possibly, strange things have been occurring in your home. Unfathomable messes – even the kitchen floor is covered with food. Who might be the offenders? Dinosaurs! Refe and Susan Tuma’s picture book depicts a very messy adventure that reveals what the dinosaurs did last night. It includes vivid and humorous photos as well as a narrative written from the perspective of an older, wiser sibling.

How to Choose the Right Children’s Book

Do you remember your favorite dog-eared book about a neighborhood adventure or a distant empire? Or perhaps the first time you snuck a flashlight beneath the covers to see how a story ended? Choosing excellent books for your young child will start him or her on the path to learning, help develop language and object identification abilities, pique interest in the outside world, and help make lovely memories.

Here are some things to consider when choosing a book about dinos for your kiddo!

Pick books about dinosaurs that let your child experience many places and ways of life while remaining familiar enough for them to identify with the characters. Your youngster will be more motivated to finish reading the book if the characters have easy-to-relate-to hopes and desires, even if the book takes place in an imaginative world of dinos!

The best books frequently teach things without us even recognizing it, whether it’s a timeless moral in The Tortoise and the Hare or information about numbers, fruit, and days of the week in The Very Hungry Caterpillar. Pick books that convey a powerful message or discreetly impart fundamental knowledge, such as counting, the alphabet, colors, or seasons.

If your youngster will be reading on their own, apply the five-finger rule. If the book contains a few challenging words, read it out loud to your kid. It’s okay to expose them to more sophisticated words in context. But if you are aware that the vocabulary and themes will be too challenging for them to appreciate the story, pick a book that is easier for them to read instead of discouraging them from reading at all.

For young readers between the ages of 4 and 8, the story is powerfully supported by vivid and clear images. Pick novels with engaging pictures that complement the plot. The linguistic abilities of your child can also be developed by reading wordless novels, which challenge readers to understand the visuals as the plot develops. 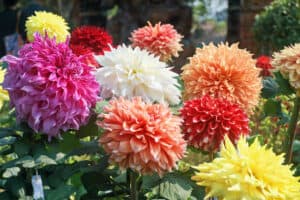