There are many spicy peppers out there that we love for many reasons. But because there are so many, it can be a little confusing deciding which ones are the ones you really want to plant and enjoy at home. Cayenne pepper vs. jalapeno pepper, for example, is one of the most confusing choices to make. They’re both hot and spicy, but one is much, much hotter. And do they need the same care? Are they used in the same ways? How should you use them?

If you’re curious which plant is the better one for your garden, check out the uses, origins, growing preferences, and more below. You’ll quickly figure out which plant will serve you best. One is much hotter than the other, though, so pay attention to those Scoville Heat Units (SHU).

These two spicy peppers are amazing in so many ways. But the differences might help you pick which one is best for your garden and home cooking.

Cayenne peppers, or capsicum annuum (frutescens), are a shrub in the chili pepper plant family. They’re annuals and considered flowering seed plants. They are part of the Solanaceae family, or the Nightshade family, which also contains tomatoes, eggplants, potatoes, tamarillos, and naranjillas.

Jalapeno peppers, or capsicum annuum ‘jalapeno’, is also a part of the chili pepper plant family. They are nightshades as well, as are most peppers.

Cayenne peppers are technically considered an annual herb plant. The plant has green, smooth leaves that grow in elliptic shapes and are typically 1 inch in length and about 0.6 inches wide. The plants grow up to a foot tall. The plants have white, star-shaped flowers with 5 stamens per each. The peppers themselves are narrow, twisted, glossy, red peppers that taper down to a thin, curled tip. There are some cayenne cultivars that have fruit (peppers) that come in other colors, though, typically in yellowish color form. Cayenne peppers are rated as 15,000 to 20,000 units on the Scoville Heat Scale.

Jalapeno plants may grow up to 3 feet tall, producing about 30 to 40 peppers at once. The pepper is fairly small at just 2 to 3 inches in length when mature. The peppers should be picked regularly to keep the plant producing more throughout the season. Jalapeno peppers are less spicy than cayenne peppers, as well, ranking at between 2,500 and 8,000 Scoville Heat Units.

If you’re not quite sure what to think about the Scoville Heat Units (SHU), consider this. Anything up to 1,000 SHU is considered mild/negative. Between 1,000 and 8,000 is mild to medium. 8,000 to 22,000 units is medium. 15,000 to 100,000 units is hot. Anything higher is significantly hotter than most people can tolerate and ranked as fire. Ghost peppers fall within this range.

Spicy peppers the world over have many uses in both nutrition and medicine. Whether you’re crushing up the seeds of red peppers or working with paprika, you’re bound to find some amazing flavors and uses for them. And when you’re working with cayenne and jalapeno, you’ll find tons of ideas with some overlap between the two.

Cayenne pepper is a concentrated source of many nutrients, for example. They’re low calorie, but packed with Vitamin C, Provitamin A, Vitamin B6, and Vitamin K, plus potassium and capsaicin. They even have some protein and fiber, even if a small amount. With these many vitamins, cayenne peppers are thought to help protection vision health, reproductive health, help improve immune system function, cellular production, and bone health. Capsaicin is believed to help reduce inflammation, reduce pain, improve athletic performance and increase energy levels, as well as lower blood sugar levels. Some folks also believe it can help people maintain a healthier weight. Cayenne pepper is often dried and ground up for use as herbs for cooking or supplementation.

Another benefit of cayenne pepper is that it can spice up your meals naturally in a way that reduce your felt need for consuming unnaturally added sodium (salt). Some studies have shown this to be an effective method for this purpose, so if you’re looking to cut sodium, up the cayenne!

Jalapenos are like cayenne peppers in many ways, including being rich in Vitamin A, Vitamin C, and potassium. They are also packed with carotene, folate, Vitamin K, and B vitamins. They are thought to help fight cell damage, improve overall life span, and all the similar benefits of other foods containing capsaicin.

Jalapenos are particularly associated with use in Mexican and Tex-Mex cuisine, as well, largely thanks to the pepper’s origins in Mexico. You’ll often find them topping nachos, tacos, enchiladas, and other meals we typically associate with Mexico.

There’s speculation that the Cayenne pepper was named for the Cayenne River in French Guiana. The word, though, is translated as a corruption of the word kyynha, which means “capsicum” which is the hot and spicy ingredient that makes peppers so zingy. The word comes from the Old Tupi language which used to be spoken in Brazil. There’s also speculation that the pepper is actually named for the town of Cayenne in French Guiana or that the town and river were named for this spicy pepper. In 1653, the phrase “cayenne pepper” was used by Nicholas Culpeper in his “Complete Herbal” and the city was renamed in 1777, so it’s quite possible. The name for the plant at the time was more commonly thought of as guinea pepper, but that no longer stuck after some time with the term cayenne. Now, a bird’s eye chili (or piri-piri) is a completely different type of pepper. It wasn’t until the 1800s that the current day cayenne pepper we have was classified as a C. longum and later synomized with C. frutescens. So, it’s easy to say this pepper has had some interesting history, even if we aren’t entirely sure of all the details.

If you’re ready to plant your own cayenne peppers, you’ll want to do so in spring after all threat of frost has passed and it’s consistently at least 65 degrees Fahrenheit out. Or, if you can’t wait, start the seeds indoors and transfer them when the temperatures hit. Choose a sunny spot with well-drained soil, away from plants and trees that have large leaves and avoid spots in the garden where other nightshades have grown in recent years.

Jalapenos have a little clearer history. We know they date back for thousands of years in South America, Central, and North America (Mexico). The specific plant we call jalapeno today was most notably cultivated in Xalapa or Jalapa in Mexico, which is what gives the pepper its name. Mexico remains the nation most prolific in the growing and exporting of jalapeno peppers, with something like 109 square miles dedicated specifically to growing these spicy little plants.

If you’re going to grow your own jalapenos, you’ll want to start them indoors in containers or trays with seed-starting mix specifically intended for growing chili peppers. If you can’t find any, make your own with a 50/50 mis of all purpose peat-free potting mix and half coir or coco fiber. Toss in some vermiculite for best results. Then, plant the seedlings shallowly about 2 feet apart when you transfer them outdoors. Make sure they are in well-draining soil and receive plenty of sunlight.

Zingy and zesty, enough to set your mouth on fire, the cayenne pepper is part of the chili pepper family. And the longer they grow on the plant, the hotter they get. The spicy pepper is high in capsaicin, which is what they use for pepper spray. So, if you’ve ever carried some around, you’ve likely had some super concentrated cayenne power in your pocket. The pepper is also believed by many to have some great health benefits but be sure you take it with some milk to cool that throat down and avoid heartburn after. Some folks even think it will help with weight loss because of the heat that folks think will speed up the metabolism. There’s mixed evidence supporting and denying this, so you can always try it and see for yourself.

Jalapeno peppers on the other hand are known more for their smoky flavor and lean more into spicy flavorings rather than the medical benefit side of things. In the USA, commercial jalapenos are almost exclusively grown in California, New Mexico, and Texas. Jalapenos are out of this world, a lot of folks say, for nachos and other spicy Tex-Mex and Mexican cuisine, but they really have been literally! They were on board the Columbia space shuttle in the 80s and are the only chili pepper that’s ever left the planet Earth. And if you’ve ever noticed those small lines that look like scars on the peppers, that’s actually called corking and is a response to the heat levels of the jalapeno pepper. 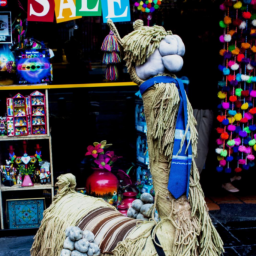 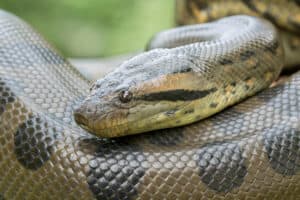