Cats, which are part of the Felidae family, are some of the smallest carnivores that are protected by humans. Their retractable claws are incredibly useful, allowing them to maintain their balance, catch their prey, and protect themselves from threats. One of the telltale signs of a domestic cat is found in their skull, showing off sharp canine teeth that they inherited from their wild ancestors. With heightened hearing and smell, even cute cats can be resourceful hunters.

Cats have unique characteristics of their physique, behavior, and even their senses. Though most people will know a domestic cat when they see one, here are some of the key ways that you can determine if an animal is definitively a cat.

Exceptions to the Cat’s Characteristics

Even though the characteristics of a cat are rather specific, there are a few cats that don’t necessarily follow these criteria. Take the Maine coon cat – though it has the same sight and retractable claws, the body is fairly similar to that of a smaller wildcat. In fact, this type of cat can grow to be up to 27 pounds (when neutered), reaching about 16 inches tall.

The Scottish fold is another exception. While most cats have alert and upright ears, the natural ears of this breed will fold just below the tip, causing the tip of the ear to fold downward.

Though the genetic makeup of cute cats may vary slightly, their coats offer a drastic range. The breeds are primarily differentiated by their coloring, texture, and patterns. The 6 patterns that usually are found on these cats include:

Tabby patterns are striped and/or spotted for most of the coat. Often, the coat will be paired with a white chest, white feet, or a white tail. The lines of the face form an M, and they are typically brown, grey, and orange. The patterns are incredibly varied, offering blotchy lines and spots. Even with the white chest and belly, the colors of a tabby often are just variations in darkness.

Sometimes referred to as a “torte,” this coat mixes both black and orange, though the coat is sometimes accented by brown or gold. Most of the cats with these markings are female, but the males that have a tortoiseshell coat are almost always incapable of fathering young.

Unlike the tabby coat, a cat with a color-point coat features darker fur along the feet and tail, as well as their face. Most often, they are light brown, though the coat can be darker with age. The Siamese cat is a perfect example of this type of coat.

The name of this coat tells exactly how many colors that the coat has. While bicolor coats combine white and one other color, tricolor cats will have a combination of white, red, and black. Bicolor cats often are the result of mixed breeding, while tricolor cats tend to be females.

Solid coats have no other colors, patterns, or other variations. Having a cat that is solidly grey, black, or white is much more common than any variation of brown.

Other coat patterns may arise in cat coats as well, including harlequin (mostly white with large color patches), locket (a white patch on the chest), mitted (completely white paws), and van (white with colors on the head and tail).

Though some hypoallergenic cats may not have fur (i.e., the sphinx), they will still have a gentle pattern on their skin.

How Did Domestic Cats Evolve from Wild Cats?

The domestic cats that you know and love today date back to the Fertile Crescent, a wildcat from the Middle East. Some sources say that these wild animals existed up to 100,000 years ago, but they became domesticated as more farmers arose. With over 370 million pet cats in the world today, the wildcats only accounted originally for 40 species.

Farmers found the wildcats to be efficient hunters for pests (like mice) in their fields and barns. Like many communities, the agricultural impact of cats eventually led people in cities and small towns to keep the animals as pets as well. 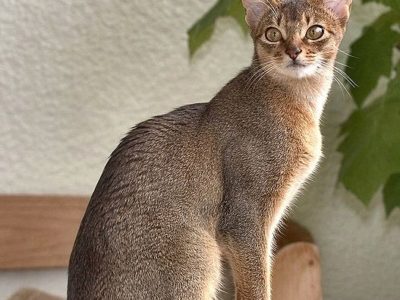 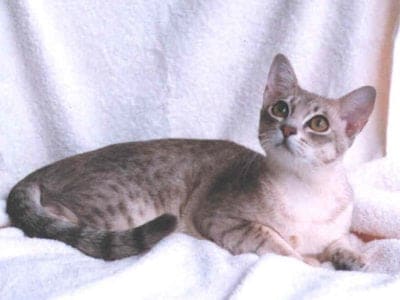 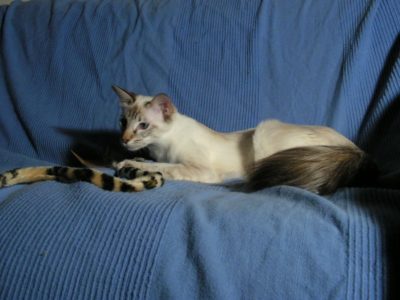 Also known as the Sacred Cat of Burma! 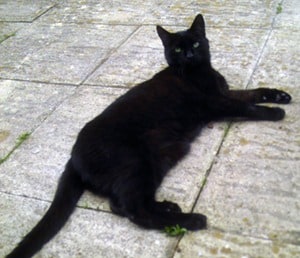 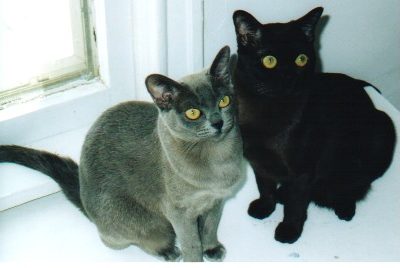 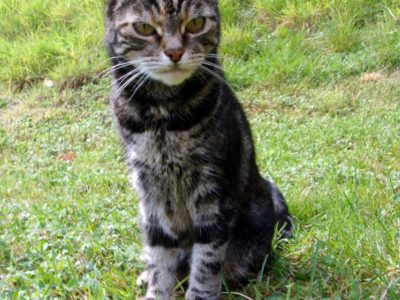 First domesticated by the Ancient Egyptians! 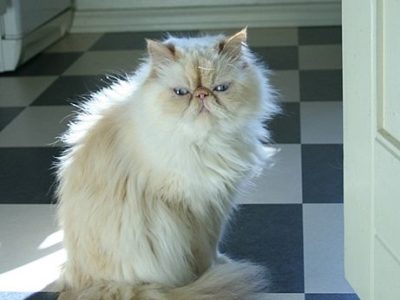 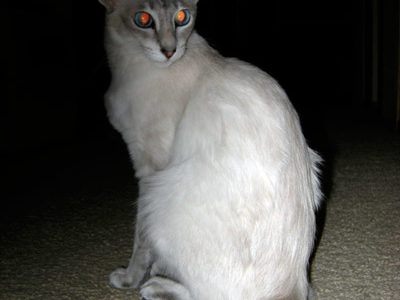 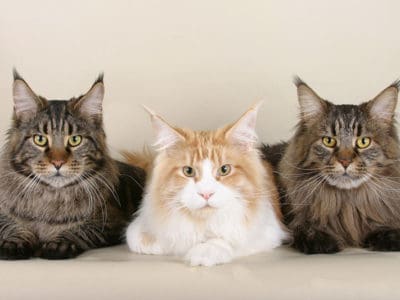 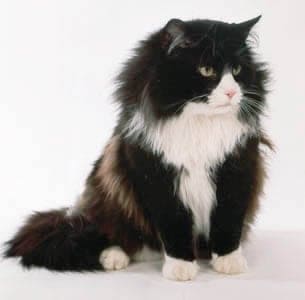 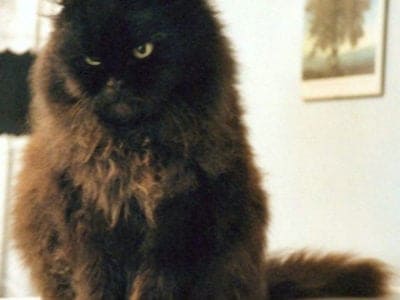 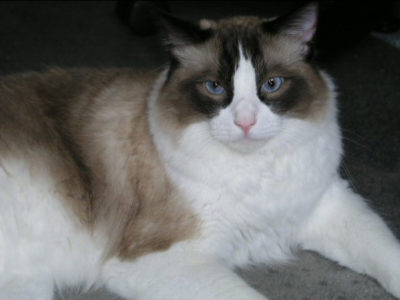 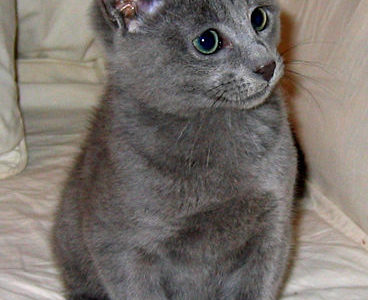 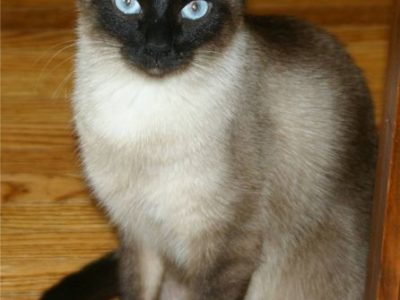 Originated from temple cats in Thailand! 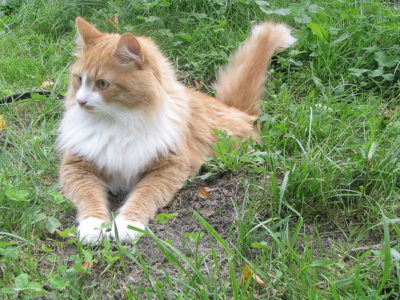 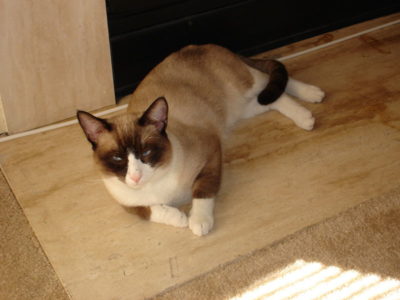 Thought to have originated in the 1960s! 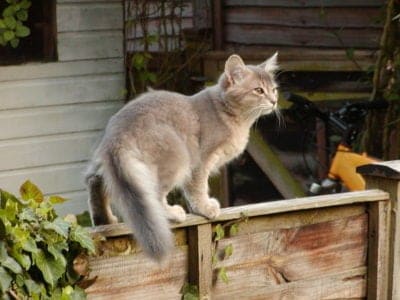 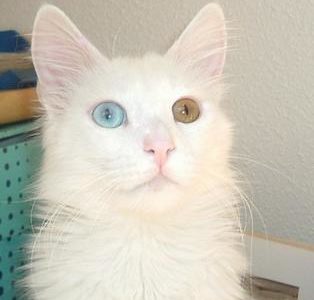 A breed that originated in central Turkey!

What are some examples of cute cats?

Some cute cats that are easy to come by include the Maine coon, the British shorthair, the Bengal, the Persian, and the Ragdoll. All of these cats have rather unique features, like a flat fat (Ragdoll), an extraordinarily large body (Maine coon), or a striking resemblance to the wild cat that they are named for (Bengal).

What types of foods are toxic to cats?

Avoid feeding cats raw meat and other raw proteins, like eggs. They should also avoid raw bones from meat. Cats should never consume onions, garlic, alcohol, chocolate, milk/dairy products, grapes, or raisins – all of these foods can cause detrimental effects on the kidneys and liver. They also put the cat at a fatal risk.

Dog food, due to the difference in nutrients from cat food, is very bad for their digestive system.

What are some examples of hypoallergenic cats?

To prevent an allergic reaction, some hypoallergenic cats include the Sphynx, the Russian Blue, the Cornish Rex, and the Oriental Shorthair. While these animals are bred to have less shedding and dander, there are no animals that have both no shedding and no dander.

What are some examples of black cat breeds?

Black cats are incredibly common, found in many different breeds. The Bombay cat is the most well-known, but the solid black coat is also found in the American and British shorthairs, Persian cats, and the Scottish fold. These cute cats are also available as mixed breeds.