The Maine Coon is the beloved American native cat that has won over the world with its easygoing and loving nature. They are the second most popular cat breed and the second largest. But if you ask those individuals who share their lives with this beautiful giant, they will tell you this breed is second to none in their hearts!

The Maine Coon has a reputation for living a long life in the company of its human caregivers, but there seems to be some disparity over just how long it actually lives! How long does a Maine Coon live? How old is the oldest Maine Coon ever recorded, and what can a loving owner do to keep their cuddly “raccoon cat” healthy and happy for many years to come?

The All-American Cat: About the Maine Coon Breed

The Maine Coon is the second most popular cat breed in the world and is second only to the Persian in popularity. They are also the second-largest domesticated cat and only the Savannah stands taller and is known to have a long lifespan when well cared for.

But how long does a Maine Coon live, and what unique characteristics and traits play into the popularity of this breed?

All About The Main Coon Breed

The Maine Coon is a medium to giant cat breed with a heavy and muscular build. Male Maine Coons weigh between 15-25 pounds on average, and females weigh 8-12 pounds. Adult cats are between 10-16 inches long on average, or up to thirty-six inches including the tail.

The breed has medium to long shaggy fur with tufts on the ears and toes. The coat varies in color from solid to bicolor to tabby, with over eighty-four types and seventy-eight officially recognized show standard variations! The coat is long around the neck, tail, and underbelly, but medium length over the rest of the body.

Loyal and Steadfast, But Not Needy

Often called “the dog of the cat world,” the Maine Coon has a gentle and loyal nature. The breed displays a deep devotion to their human family and is patient, intelligent, and easy to train. They are a playful and affectionate breed that wants to be near people but are not “lap cats” or overly needy.

While the Maine Coon is reserved and shy at first, they warm easily to new people and animals. They are excellent with young children, but as with all pets, supervision for the safety of both the child and the cat as they get to know each other is key!

Chirps and Trills Over Meows!

The Maine Coon is not an overly vocal breed and communicates with the trills and chirps the breed is known for rather than meowing for attention. This often makes for the hilarious viral videos we all adore of the breed appearing to “talk” to the birds that tease them from the other side of the window!

History Of the Maine Coon

There are many myths about the Maine Coon Cat. One of them is that they descended from Bobcats and, due to their size as well as the distinctive traits of the breed, thought to be half raccoon too! Of course, we now know that this gorgeous breed is all-cat, but they have an interesting and essentially American background.

While the exact origins of the Maine Coon breed are unknown, it has been the subject of many legendary origin stories. Some notable tales say the breed descended from the Norwegian Skogkatts along with the Norwegian Forest cat. Still other wild tales claim that Maine Coons are the regal descendants of Marie Antionette’s beloved felines!

Like the Norwegian, the Maine Coon is a hardy cat. Due to their large muscular frame and dense fur, these cats are survivors. The Maine Coon seems like it was built to thrive in New England weather. In fact, its the official cat breed for the state its named after, and thrives as far north as Alaska.

It’s hardly surprising that this tough kitty is the first native cat breed in North America!

This Cat Loves the Great Outdoors

The Maine Coon is an avid lover of the outdoors. Many owners attribute the long lifespan of their Maine Coons to daily outside time, engaging the cat’s instincts to hunt small prey and the stimulation of outdoor exploration. Unlike many cats, the Maine Coon also loves the water! Thankfully, this includes bathing, an unavoidable part of owning a medium or long-haired cat that spends time outside.

Owners should keep in mind that there are significant threats to the outdoor cat, such as other animals and cars, and to be cautious when allowing their pet to roam freely. A fenced backyard or cat-friendly neighborhood is often enough to satisfy the Maine Coon’s love of nature, and they adapt very well to most living spaces.

The Maine Coon’s Lifespan (on Average)

How long does a Maine Coon live? According to most feline experts, the Maine Coon’s lifespan on average lasts for 12.5 years or up to 15 years with proper care. However, many long-time owners of this breed find this statistic baffling, reporting that the Maine Coons sharing their lives often live past 20 years of age!

Maine Coon owners have several theories for proper care, which they believe to be key reasons for the breed’s longevity. Maine Coons are hardy, with a lowered risk of the feline health issues that plague other breeds.

Tips For A Long Life According to Maine Coon Owners

Like most animals, the Maine Coon requires both proper diet and exercise to stay healthy. The recommended diet for this breed is high in protein, low in carbohydrates, and contains moderate amounts of Omega 3 and 6 fats. Most Maine Coon breeders and owners recommend high-quality dry cat food.

Like many large pet breeds, the Maine Coon is prone to obesity and needs regular exercise. Daily play sessions with rugged toys that appeal to the high intelligence of this breed will dramatically improve the lifespan, especially if your cat is strictly indoor-only.

Regular veterinary check-ups are a necessary part of keeping your Maine Coon healthy. This breed is at risk for hip dysplasia, obesity, spinal muscular atrophy, hypertrophic cardiomyopathy, and periodontal disease. Regular grooming, bathing, daily brushing, de-shedding, and daily tooth cleaning are all important to maintain the health of your cat.

Now that we know the expected lifespan of the average Maine Coon, how old is the oldest ever recorded? Time to find out!

At a staggering 31 years of age, Rubble was believed to be the oldest living Maine Coon but he was also possibly the oldest living cat in the world! A resident of Exeter in Devon County, England, Rubble was adopted as a kitten by Michele Heritage on her 20th birthday. He lived with her for his entire life, from her single days as a young woman living alone to sharing her with her husband and fellow fur baby Meg, who passed away at the old age of twenty-five. When asked about the possibility of submitting Rubble to the Guinness Book of World Records as the Oldest Living Cat, Michele declared that Rubble was an old man and occasionally grouchy and that she wished for him to enjoy his remaining years in peace.

Sadly, Rubble passed away in July of 2020. Michele released this statement regarding the loss of her lifetime companion:

“He was an amazing companion that I had the pleasure to live with for such a long time. He grew old quickly by the end. I have always treated him like a child. I went to work as usual and when I got home my husband said Rubble had gone off to die as cats do. He had his favorite places to sleep and liked his food so when he stopped eating, we knew.”

The world record holder for the oldest living cat was Corduroy a 26-year-old Maine Coon in Sister, Oregon in the United States. Corduroy named the Oldest Living Cat by the Guinness Book of World Records in 2015, was adopted by Ashley Okura as a kitten along with his brother Batman in1989. While Batman lived to the respectable old age of 19 Corduroy went on to live another seven years.

Unfortunately, on October 9th, 2016, Corduroy darted out the door of his home and disappeared. After seven weeks of searching, he was presumed dead by his owners and has not been seen since. Ashley posted the following statement on Corduroy’s Instagram page, where over 18,000 adoring fans learned of his passing:

“It is with a heavy heart I make this post, announcing that Corduroy has most likely crossed the rainbow bridge. We miss him terribly and I hold out hope he will return. Logically, Corduroy will not come home. I appreciate all the support and love Corduroy has received – he was an exceptional sir. I am grateful we had an unbelievable, special, 27 years together.”

Due to the recent passing of both Rubble and Corduroy, the status of the oldest living Maine Coon has yet to be determined. If you think that your feline friend may be the next in line or the Oldest Living Cat, you will need to provide documentation to verify their age. These documents may include your cat’s birth records, obtained from the registered breeder or veterinary clinic, or verified by your veterinarian by way of specific testing. 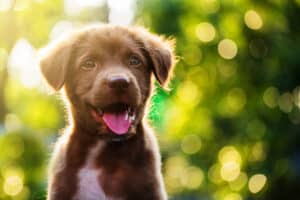