It's the largest domesticated cat breed in the world. 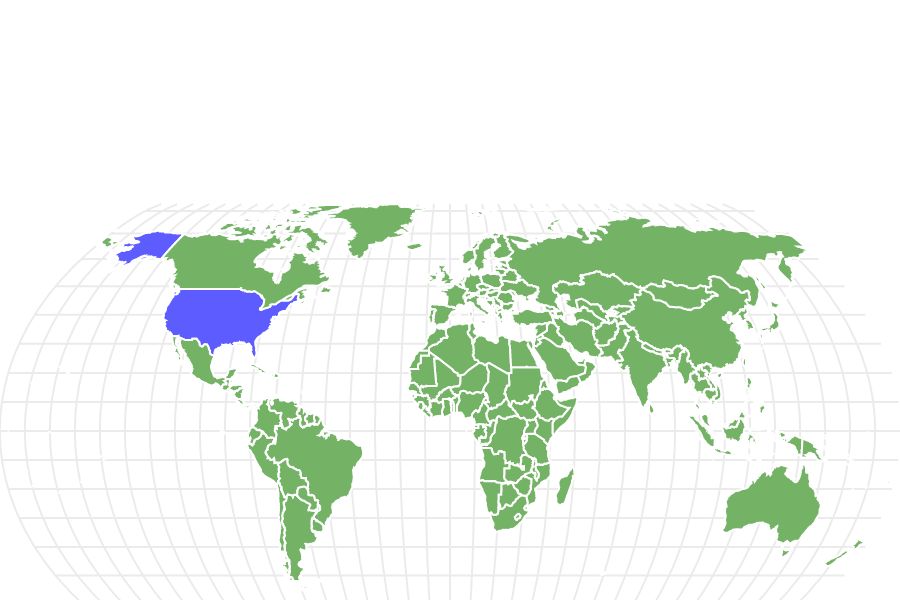 View all of our Maine Coon pictures in the gallery.

View all of the Maine Coon images!

The Maine Coon is a domesticated cat breed known as a gentle giant due to its medium to large size contrasting with its gentle, sweet, well-balanced personality. Although it started off as a mouser, it is popular as a family, companion, and therapy pet that is great with children, dogs, and other cats. It is second only to the Persian in popularity.

Before you buy a Maine Coon, there are some important things you need to know:

You can check out more incredible facts about Maine Coons.

Maine Coon cats could be descended from Siberian forest cats or Norwegian forest cats which were brought by settlers to North America, but their exact origins are unknown. There is also a legend that Marie Antoinette had six of her most treasured Turkish Angora and Siberian cats packed aboard a ship with other important possessions bound for the New World in 1793, fearing her death. This ship, steered by Captain Samuel Clough, landed on the coast of Maine at Wiscasset, where the cats may have been rescued and cross-bred with other cats, or bred in the wild.

A wilder tale is that Maine Coons came about by cross-breeding with raccoons, but that would have been an impossibility, though folks speculated the Maine Coon’s tail was very similar to that of a raccoon. These unusual cats were written about in the 1860s by F.R. Pierce, who owned several. During the same decade, farmers from Maine held a contest called the “Maine State Champion Coon Cat.” They soon became part of other cat shows like one in Boston and one in New York City, both in 1895. In the latter show, a Maine Coon brown tabby named Cosey won the silver collar and a medal for Best in Show.

Health and Entertainment for your Maine Coon

While Maine Coons were initially popular, they were forgotten for some years with the introduction of other long-haired breeds in the US. Due to some claiming they had gone extinct in 1950, the Central Maine Cat Club was formed to preserve this unique cat breed and grow it. It wasn’t until 1976 that Maine Coons were approved for championship status. Today, they are the third most popular cat breed in the US, as well as the state cat of Maine.

The personality of the Maine Coon is such that they’re called the “dog of the cat world.” They have traits of loyalty, sociability, affection, docility, playfulness, and intelligence.

The Maine Coon is curious and patient. This makes it easy to train. This outdoor cat became a working breed to hunt rodents, but it’s also commonly used as a therapy cat.

Although initially timid or reserved around strange people and animals, it can quickly warm up and become friendly. While not a lap cat, it wants to be near people, but it is not overly needy.

It is not vocally loud but makes chirping and trilling noises, which it is known for. Owners can expect responses in the form of these chirps and trills instead of meows.

The Maine Coon is a medium to a giant-sized domesticated breed of cat with large and slightly rounded eyes, adding to its size with ear and toe tufts along with medium-long fur. It is one of the oldest natural breeds in North America and the official state cat of Maine, which it is a native of. Hence, it can adapt to harsh conditions, featuring a heavily boned, muscular build and a smooth, shaggy coat. Its coat is long on the neck, tail, and under the belly but medium on the body.

The size of the Maine Coon tends to be medium, large, or giant. On average, the Maine Coon is large, especially the male. While both males and females can weigh 8-12lbs, males average 15-25lbs and females 10-15lbs. This makes females medium-sized and males large to giant-sized. Adults of both sexes are on average 10-16 inches and up to 38 inches in length, including the tail, which can be up to 14 inches in length.

The price of a Maine Coon cat for sale depends on where you get it from. From a rescue, the price is the standard adoption fee. From respected breeders, the price for adults is $1,600-2,000, with show-quality cats costing more than pet-quality ones. From backyard breeders, the cost can be as low as $700.

These cats live 9-13 years, with an average lifespan of 12.5 years. A few examples of health issues that can impact their quality of life or their lifespan are arthritis, dental health issues, kidney problems, and cancer. To lessen the risk of health issues with a Maine Coon, consider a respected breeder who will have done a health screening of its parents and can provide you with a certificate of health for your adoption. A Maine Coon named Rubble became one of the oldest cats ever at 31 years old.

These cats have specific coat color and pattern standards as purebred, but some of these traits carry over into the Maine Coon mix. As a result, the Maine Coon mix has unique diluted coat colors resulting from hybridization, often with the Siamese or Abyssinian: Chocolate, cinnamon, fawn, caramel, apricot, lilac, and lavender. Unique coat patterns are Abyssinian type ticked tabby (agouti), Himalayan pattern, or either of those mixed with white.

These cats are divided into different types depending on coat color and pattern, with there being 84 possible types and 75 officially recognized. Here are some of the most common ones.

The Maine Coon’s origins aren’t exactly known, but it’s said to be related to the Norwegian Forest Cat and the Siberian. Its ancestors were likely Marie Antoinette’s Turkish Angora (or Siberian) cats, brought by Captain Charles Coon in the 1800s. These long-haired cats then mated with short-haired breeds, resulting in the medium-haired shaggy coat.

Maine Coons are Omnivores, meaning they eat both plants and other animals.

What Kingdom do Maine Coons belong to?

What class do Maine Coons belong to?

What phylum to Maine Coons belong to?

What family do Maine Coons belong to?

What order do Maine Coons belong to?

What genus do Maine Coons belong to?

What type of covering do Maine Coons have?

Maine Coons are covered in hair.

How many babies do Maine Coons have?

The average number of babies a Maine Coon has is 5.

What is an interesting fact about Maine Coons?

Folklore says Maine Coons are half cat, half raccoon!

What is the scientific name for the Maine Coon?

The scientific name for the Maine Coon is Felis catus.

How much are Maine coon cats?

How big are Maine coon cats?

The size of a Maine Coon cat is medium, large, or giant, but usually large.

Yes, Maine Coon cats are excellent pets and great with children, dogs, and other cats.

Why is my Maine Coon so aggressive?

It is not typical behavior of Maine Coon cats to be aggressive, and most breeders do not have this issue. If your cat is a rescue, the cat could have been previously abused or neglected or become stressed from the adoption process. However, it can be socialized. On the other hand, if your cat is suddenly being aggressive, it could be an underlying health issue, overstimulation, a perceived threat from other pets or territory, boredom, family tensions, or protective maternal instinct.

What's the difference between a Ragdoll and a Maine Coon?

The main differences between a Ragdoll and a Maine Coon cat include their size, facial features, coats, personalities, and environmental requirements.

What do Maine Coon cats eat?

Maine Coons can eat between 190 and 875 calories per day depending on their size. Keep diets to protein intake at 35% to 50% and a diet that’s limited in cabs with a moderate amount of fat.

What are the differences between a Ragamuffin and a Main Coon?

The Ragamuffin and Maine Coon differ in size, temperament, and breed origin. 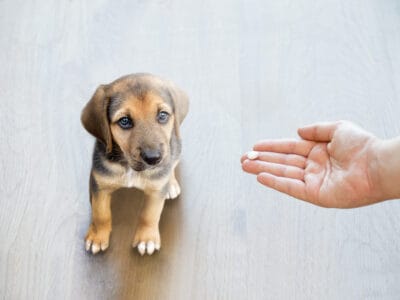 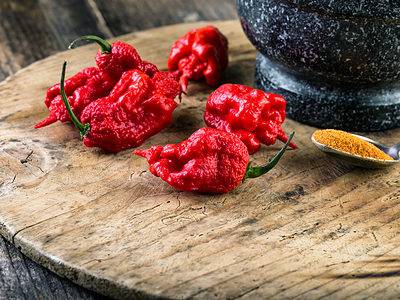 How Big Do Maine Coon Cats Get? 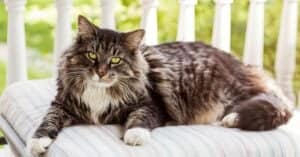