The fungi kingdom may have more than three million species, including around 148,000 already classified mildews, mushrooms, molds, rusts, smuts, and yeasts. Like plants and animals, fungi need food, water, and oxygen to stay alive. So, what do fungi eat? It’s pretty easy to determine what they consume by where they grow. Fungi usually attach themselves to their plant or animal food source.

Keep reading to learn more about the fascinating foods different fungi species eat, how they eat, and how their eating habits impact other species and our ecosystem.

What Do Fungi Eat?

Fungi eat dead and living trees, leaves, plants, fruits, vegetables, and animals. Fungi are omnivores, though some species eat only plants or animals.

All fungi are heterotrophic organisms, which means they rely on getting their nutrients from other organisms and organic matter. In other words, fungi cannot create their own food.

Not making their own food for energy is one reason fungi aren’t classified as plants. A plant absorbs carbon dioxide, water, and minerals. Then, plants absorb sunlight via chlorophyll and convert it to food and energy through photosynthesis. Because they don’t contain chlorophyll, fungi cannot perform photosynthesis.

What Do Different Types of Fungi Eat?

There are three main types of fungi – saprotrophic, parasitic, and mutualistic. Each type of fungi eats different kinds of food.

Metarhizium fungi are mutualistic fungi that are also parasites. This type of fungi releases digestive enzymes on insects. The enzymes eat through insect exoskeletons or outer shells, then the fungi engulf and kill the insects. Metarhizium eat some of their kills and then present some of the nutrients to their plant hosts.

How Do Fungi Eat?

Different species of fungi eat food in different ways. However, most eat by way of absorption, beginning with releasing digestive enzymes into their food.

With the exception of yeast, fungi structures have cells called hyphae in the shape of long, tube-like strands that create a network called mycelium. Hyphae release digestive enzymes into the food source to break it down into edible size and form. Then the food is absorbed into the fungi through their hyphae strands.

How Does What Fungi Eat Impact Other Species?

Fungi eat living and dead matter that impacts the lives of other beings.

Saprotrophic fungi are essential decomposers in our ecosystem. Decomposers create more food for “primary producers” – organisms that eat non-living matter. For example, mushrooms that feed on dead logs and stumps in a forest break this organic matter down. The remaining nutrients from the decomposed matter are released back into the soil. In this way, what fungi eat nourishes primary producers like plants, phytoplankton, and algae.

In general, parasitic fungi cause harm to other species. On the other hand, saprotrophic and mutualistic fungi are beneficial in many ways. 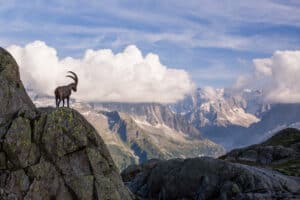