Why Dogs Eat Poop — And What You Should Do About It

BLACKDAY/Shutterstock.com
Share this post on:
More Great Content:
6 Most Beautiful Dog Breeds
Watch a Black Lab Narrowly Outswim Two…
The 9 Most Exotic Dog Breeds in…
The 10 Most Dangerous Dog Breeds in…
Top 10 Strongest Dogs
The Top 8 Oldest Dogs Ever

Dogs eating poop is one of the more gross aspects of dog ownership. My friend’s black lab loved to get into the family cat’s litter box for a little snack, and would sometimes nibble on other dogs’ excrement too. Why do dogs do this seemingly bizarre behavior and how can you stop them from doing it?

The scientific term for dogs eating poop is canine conspecific coprophagy, and, it’s actually pretty common. Studies show that as many as 15% of dogs eat poop regularly and nearly 25% of dogs have eaten poop at least once in their lives.

Poop-eating may be more common if you have multiple dogs. Studies show that over 30% of dogs who live with other dogs love to eat poop. Female dogs are the most likely to eat poop, while male dogs who have not been neutered are the least likely. Most poop-eating dogs will only eat excrement that is between one and two days old. The majority also don’t like to eat their own poop – 85% of dogs in one study would only eat other dogs’ poo.

Dogs who have been kept in a small space for a while or in isolation are also more likely to eat poop. So, if you’ve just brought home a dog from an overcrowded shelter, don’t be surprised if they eat poop at first.

So, Why Do Dogs Eat Poop?

There are many reasons why dogs eat poop. Dogs are scavengers. They have evolved to eat scraps and whatever they can find. So, eating poop may have evolved as a survival instinct for lean times. With this reasoning, it makes sense that dogs who beg for food at the table and are very food motivated tend to be most likely to enjoy eating poop. However, there are other reasons your dog may eat poop.

It may also be a protective instinct. When a younger dog lives with an older or sick dog, the young dog is likely to eat the older dog’s poop. Some experts believe this is a survival tactic to keep predators from learning that a member of the pack may be more vulnerable.

In some cases, poop eating is actually a behavior passed down from the mother to the puppy. If the puppy smells it on the mother’s breath, it may learn that behavior.

They Want Your Attention

A smart dog knows how to get your attention, even if it is negative attention. Some dogs will misbehave just to get you to look their way. If you have reacted strongly to their poop eating in the past they know you will reprimand them. If you suspect your dog is doing it for attention, don’t overreact, just redirect their attention to something else, like a dog toy or a dog treat, and the behavior may stop itself.

If your dog starts eating poop all of a sudden, it may be a sign of a dietary deficiency. They may not be getting all of the nutrients or calories they need from their dog food. If this is a sudden behavioral change that you notice, talk to your vet. They may recommend nutrient-dense dog food or supplements to help with this behavior. Being too harsh with your dog during house training can cause poop eating behaviors. If the dog goes number 2 in the house accidentally, they will eat it to try to cover it up. However, if you catch them and reprimand them further, their anxiety may cause them to poop in the house more often. This causes a vicious cycle. That’s why experts consider positive reinforcement the best way to train most dogs. Reward your dog for their good behavior instead of punishing them for bad behavior.

If your dog has been fed too close to their fecal matter, they may become confused and associate food with poop. Make sure your dog’s food bowl is far enough away from their favorite poop spot and always clean up their poop before feeding if it is in the same general area.

Some conditions that dogs can get, like parasites, can cause them to absorb less nutrition from their food. Other times, a portion of the digestive system fails, like a part of the intestines or pancreas. If your dog’s system is not absorbing nutrients, it may instinctively eat poop, and other things like sand, dirt, or even drywall to try to correct the imbalance. If you notice your dog is eating lots of non-food things, take them to the vet to see what is going on.

Sometimes, there is also undigested food in poop and dogs want to give it a second chance. If your dog regularly doesn’t fully digest their meals, you’ll also want to check in with the vet to see what is going on.

Illnesses or Medications That Cause an Increase in Appetite

Certain conditions, like Cushing’s disease, or diabetes, can cause dogs to want to eat more. An increased appetite can also be a side effect of some medications, including steroids. If your dog feels they aren’t getting the calories they need, they will try to remedy the problem the best way they know. The most readily available treat might just be some poop.

Make sure that your dog gets the correct food for its medical condition, like this food specially formulated for dogs with allergies: Is Eating Poop Dangerous for Dogs?

For humans, eating poop is a big no-no. But, is it really that bad for your dog to eat poop? The answer is: it depends. If they eat their own poop, it’s no problem at all. However, other dogs’ poop or another animal’s poop could be contaminated with parasites, bacteria, or viruses that can harm your dog. So, overall, it’s best to stop your dog’s poop-eating behaviors.

How to Stop Your Dog From Eating Poop

Preventing your dog from eating poop starts with good training and a good home environment. Keep your dog’s indoor and outdoor areas free from poop, so they won’t be able to lick up a poo snack when the mood strikes. If you’re a multiple animal household, keep other pet poop away too. Put the cat’s litter box out of reach or get one that is hard for a dog to break into. Your cat will probably appreciate the privacy!

When on walks, supervise your dog carefully. Don’t let it eat random stuff on the street. Always make sure to carry doggie bags with you and clean up immediately after your dog poops. Throw the doggie bag in a closed trash bin to keep the poop away from your furry pal and other dogs in the area.

Work on the commands “leave it” and “come” when training your dog. You can use “leave it” when your dog starts to eat something gross, and you can use “come” to get them away from the potential munchy item quickly. One way to train your dog against eating poop is to give them a treat right after they poop outside. By doing this, you train your dog to come back to you immediately after they go poo.

When all else fails, there are taste aversion products you can try. They either have scents dogs hate, like garlic or chamomile, or a bitter taste. Spray it on poop and let your dog go at it. They will soon discover that poop tastes just as disgusting as their human owner thinks it does. 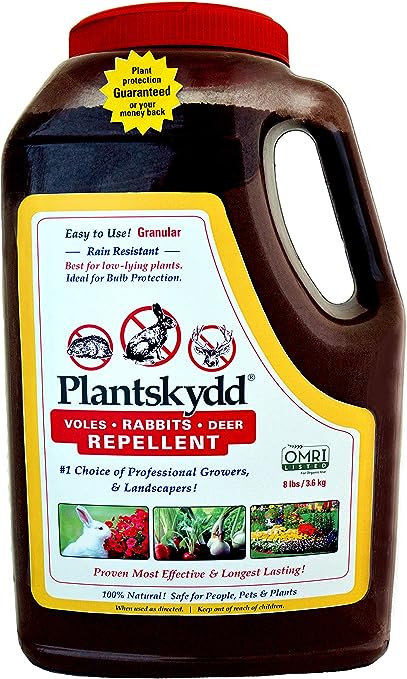 Behavioral deterrents won’t do much if your dog’s poop eating stems from a health issue. Try giving your dog a multivitamin. If your dog’s love of poo snacks stems from a vitamin deficiency, this may help.

Another supplement that can help is digestive enzymes. The modern doggie diet is a bit different than what their canine ancestors ate in the wild. So, some dogs may not be able to properly or fully digest their dog food meals. Digestive enzymes can help them get all of the nutrition from their food.