Living in the modern 21st-century world makes most people wonder whether children must read about Chinese mythology. But unfortunately, China is a miscellany of various legends, cultures, and mythologies.

As kids grow, they should develop values they can imbibe from mythology books. Mythologies also introduce various religions and social and cultural customs. Besides, curiosity sharpens kids’ intellect and awakens their imagination. It makes young minds explore the world exclusively while helping them understand inconceivable situations.

Here are great mythology books that will help young minds to become visionaries and creative thinkers. 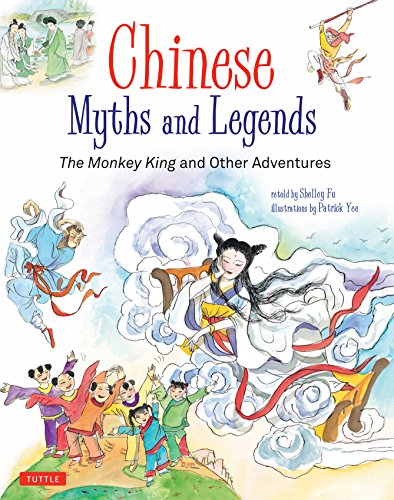 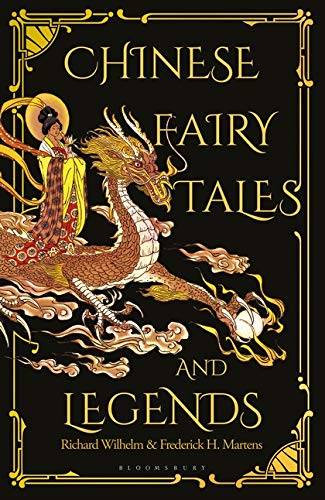 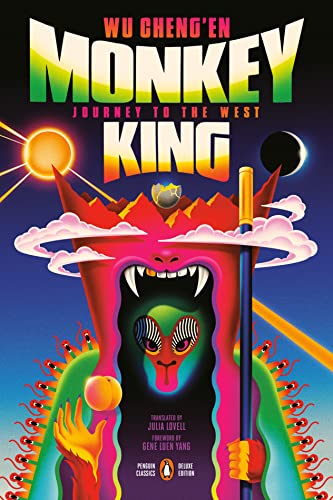 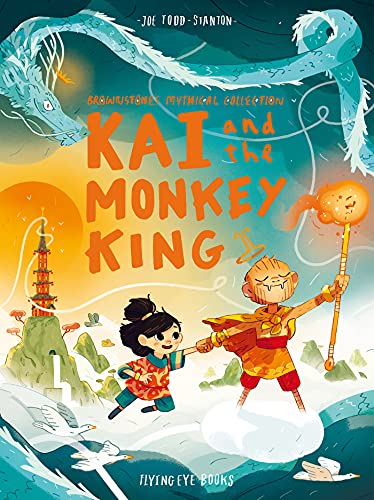 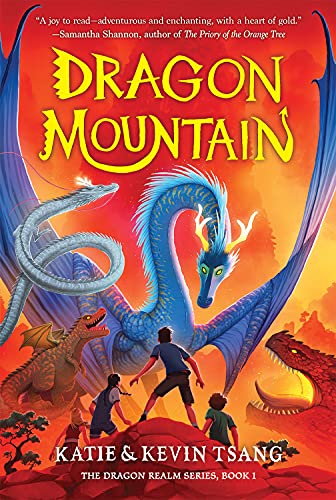 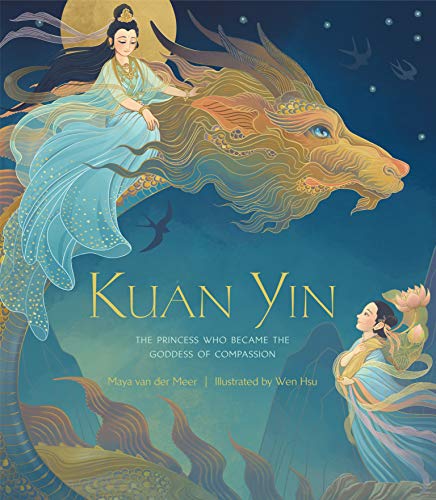 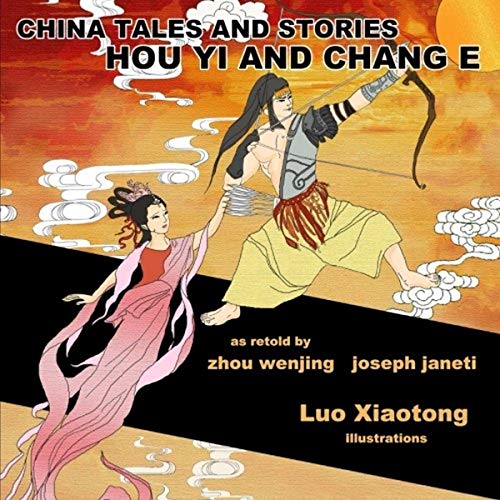 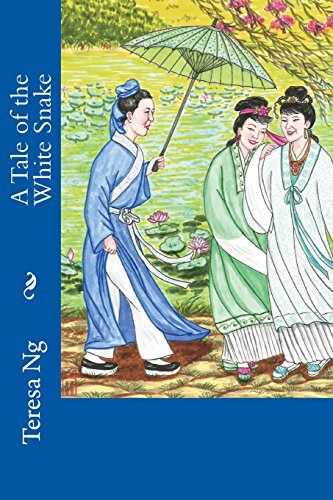 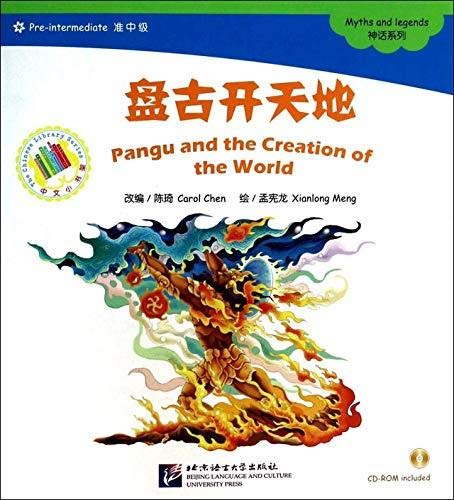 Chinese Myths and Legends: The Monkey King and Other Adventures Check Amazon

Kids will delight in such poetry. The beautifully told and well-illustrated cultural gems ring the bell of truth. The multicultural kids’ book presents beautiful Chinese fairy tales, providing insight into a vibrant culture.

Chinese Myths and Legends is an assemblage of seven classic Chinese stories for reading adventures.

Children will get immersed in the stories of Bai Su-Tzin, Pan Gu, and Nu Wo. The mesmerizing book also has myths of mortality, love, and creation. In addition, it features a pronunciation guide, making it ideal for parents, educators, and librarians.

The illustration style keeps up with Chinese paintings with a mystical feel with the stars, sparkles, and curves. The 128-page book is suitable for kids between 5 and 14 years old.

This elegantly packed classic Chinese folk tale is for kids between nine and 11 years old. Lovers of folk legends and fairy tales will get delighted with this collection. The author, Dr. Richard Wilhelm, was a German missionary, sinologist, and theologian. But his 25-year stay in China exposed him to Chinese culture and people.

Chinese historians have re-edited Chinese Fairy Tales and Legends to appeal to modern Western readers. China has an impeccable oral tradition, a developed economy, and a political sphere. These stories enthrall, delight, and cast light on China’s ancient culture. The mythical book is captivating and colorful, with the levels remaining undiscovered in the West.

Dr. Richard Wilhelm wrote the book with wit and economy to distinguish the Chinese approach to life. It primarily explores the values of Buddhism, Taoism, and Confucianism.

The stories are arranged analytically under headings such as nature and animal tales, myths, and fairy tales. Other stories introduce dragons, clever shepherd boys, divine figures, and endangered princesses.

Monkey King: Journey to the West

Sun Wukong is a legendary Chinese mythical figure. As the most enduring characters, Monkey King has a diverse and stunning cultural history, with an amalgamation of Indian Chinese cultures.

Sun Wukong was born from a magic stone. The unique stone receives Yang (the nature of heaven), possessing Yin (a positive nature and earth).

The magical stone grows a magic womb and produces a stone egg. Finally, the wind blows over the stone egg, and a monkey comes to life, ready to crawl and walk.

The omni-talented and high-spirited king gathers dazzling skills and weapons on his journey to mortality. He can travel about 108,000 miles with a single somersault.

Kai and the Monkey King

Kai and the Monkey King is a brilliant narration by Professor Brownstone. The narrator makes kids aged six to eight explore the mythical tales, which brim with phenomenal but weird objects.

In this book, the author recounts the story of Patient Wen and her daughter Kai who have a quest to document their mythical leads in China.

Patient Wen is adventurous and excited when they receive a plea to help a village under attack by a fearsome beast. But as Kai grows, she gets tired of her mother’s steady consideration for the village. All she wants is an adventure.

The young, bold girl looks for clues to find the Monkey King. She hopes that the Monkey King will help her fight the beast. But she realizes he is pretty reckless, and his approach might not work. Children will like reading a book that bursts with action and peril.

Dragon Mountain is a Chinese mythology book for kids authored by Katie Tsang and Kevin Tsang. The tome talks about Billy Chan, who spends his summer traveling to China. He meets new friends, Ling-Fei, Charlotte, and Dylan on a discovery trip. This group of friends gets inscribed in a world of adventure and magic.

The exploration helps them discover great warrior dragons and teams up with the beasts to stop dark powers from prowling to destroy the world. The volume is the first series from Sam Wu, and kids will be excited to devour this enthralling story.

With nail-biting clashes and jaw-dropping creatures, Dragon Mountain depicts a beautifully realized world with fun and adventure. Full of loyalty and incontestable friendship, the series is a mighty quest packed with intrigue and fantasy.

Children between nine and 11 years will enjoy this read. But parents can also have a fun time learning and following the adventure of Billy Chan and his loyal gang.

Kuan Yin: The Princess Who Became the Goddess of Compassion Check Amazon

Young readers will get hooked on this adventurous book about a princess who became the goddess of compassion. The gorgeously crafted book has a fascinating culture and narrative that kids might not be familiar with. In addition, the illustrations have sisterhood themes and strength.

Miao Shan is a unique princess who likes spending her time having adventures with tigers and dragons. She also enjoys meditating with the weird creatures of the forest. Her heart is full of love and determined to spread happiness on earth.

But her father wants her to get married and remain at the palace. Knowing her father’s plan, Miao Shan escapes the throne with the help of her sister Ling. They aggressively venture into her journey to discover happiness and compassion.

Unlike her elder sister, Ling is fearful, doubtful, and lonely. But she must overcome her weaknesses to realize what Miao told her—that compassion is the most incredible power on land. Miao realizes her calling as Kuan Yin, often spelled Guan Yin. This Chinese mythology book is the most beloved adventure, telling the story of strength, sisterhood, and following your path.

This is a hopeless romantic tale for young readers between 9 and 12 years. However, the 88-page illustration reminds us that heroic and dedicated lives and enduring love are always possible. Perhaps to remind readers that a perfect combination is not a far-fetched dream.

The series follows a thrilling journey of a young chap sent from heaven to execute a crucial task in the world. A strong bond between the young gent and his wife is evident in how she offers help in critical ways.

China Tales and Stories is famous not only in China but to everyone aware of it. Moreover, it’s enjoyable and readily available in various languages.

A Tale of the White Snake

A Tale of the White Snake Check Amazon

The list of the best Chinese mythology books for kids cannot be complete without mentioning A Tale of the White Snake. The fascinating narrations will keep children glued with a wild imagination. Decades ago, Chinese kids could sit under their grandmother’s knees to enjoy thrilling tales.

A kind young man saved the white female snake from becoming dinner in someone’s home. Then, wishing to repay him, the goddess of mercy and compassion sent him to Mount Ormei for training.

Pangu and the Creation of the World

Pangu and the Creation of the World (Incl. 1cd) Check Amazon

Studying China becomes easy with this mythology book. It comes in six levels and is graded according to the vocabulary used. Hence, each reader can have a comprehensive understanding of the series. It also helps children to work independently and effectively.

According to the narration, the big bang occurred when the Pangu god cracked an egg he accidentally slept in. The egg contained the lighter Yang and Yin, whereby Yang formed the sky and Yin created the earth.

Pangu, the highest authority, held both Yang and Yin in place with his feet and hands.

Closing the list is Jade Rabbit. This novel tells the story of a woman who was abandoned and adopted as a child, who becomes a social worker in the United States. She ultimately finds herself in the care of a young girl who is abandoned, as she was. Jade Rabbit is the protagonist’s nickname.

The Jade Rabbit in Chinese folklore is a rabbit who lives on the moon. The rabbit was a close and trusted companion of Chang’e, the moon goddess.

The cunning rabbit is associated with a witty medical professional, often carrying a mortar and pestle. The intriguing story teaches about loyalty to young minds. 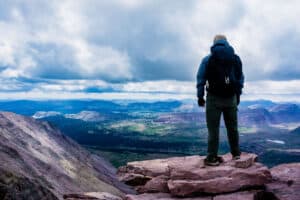