You can’t study the ancient Egyptian civilization without learning about the impact of mythology. Egyptian culture, art, literature, and architecture are all influenced by mythical figures and events.

From at least 4000 BCE until the death of Cleopatra VII, the final monarch of the Ptolemaic Dynasty in 30 BCE, Egyptian mythology served as the foundational belief of ancient Egyptian society.

The Egyptians used mythology for a range of purposes. First, it provided the philosophical underpinnings for kingship; many of the rites carried out by monarchs and priests included significant mythological elements.

The artwork in temples and tombs featured mythical images and symbolism. Myths were also incorporated into comedic and allegorical literary tales.

Whether you’re just getting to know the Pantheon of Egyptian gods or are well-versed, this list has a treasure trove for everyone. 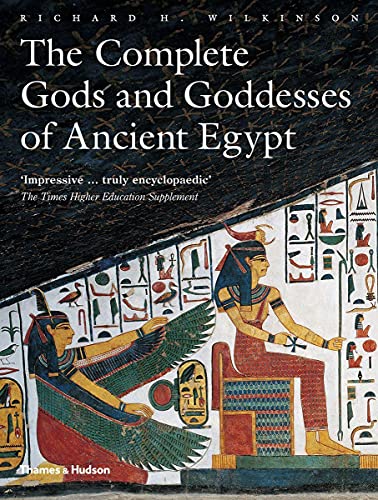 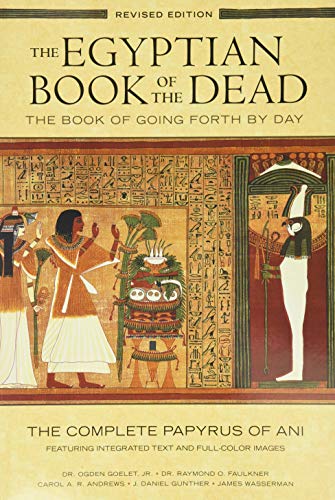 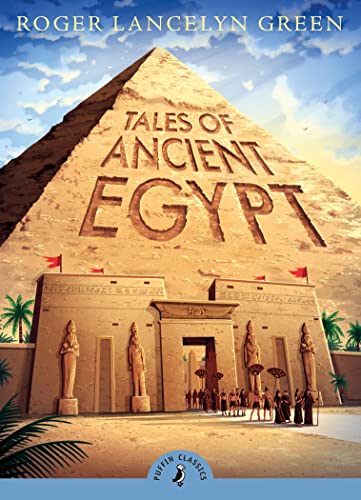 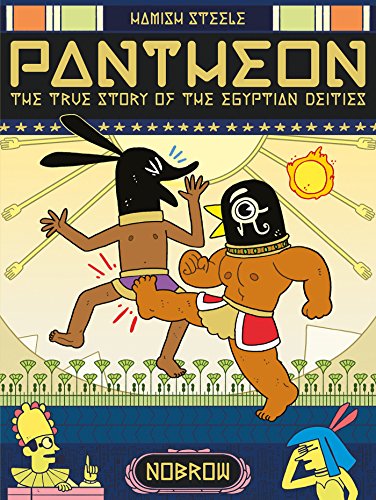 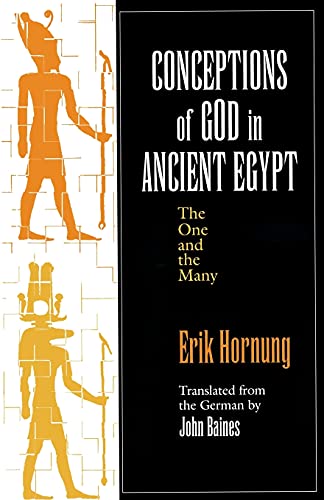 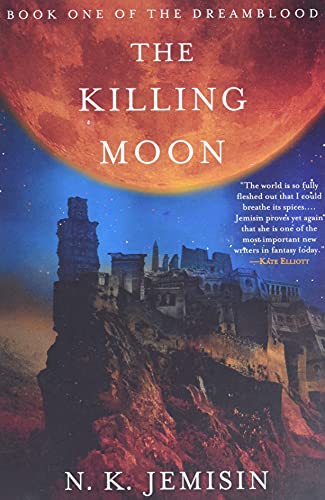 Egyptian Mythology: A Guide to the Gods, Goddesses, and Traditions of Ancient Egypt

Egyptian Mythology: A Guide to the Gods, Goddesses, and Traditions of Ancient Egypt Check Amazon

This 2004 publication from the Oxford University Press is a thoroughly-researched reference book on Egyptian Mythology.

The author Geraldine Pinch explores a timeline of the seven stages of mythical Egyptian history from 3200 BC to 400 AD.

She covers narratives in Egyptian mythology and history, from the predynastic to the post-pharaonic times.

This book is a good fit for you if you are interested in learning and researching Egyptian mythology. You can get paperback, audiobook, and Kindle versions.

The Complete Gods and Goddesses of Ancient Egypt

Deities are at the core of any mythology. They are supernatural gods and goddesses whose experiences provide moral lessons to modern generations.

The title gives the content away. It is indeed a comprehensive overview of the origins and roles of Egyptian gods and goddesses, having been worshipped for more than three-fifths of history as it is known.

This book analyzes hundreds of gods and goddesses that helped to make Egypt the most theocratic society in ancient history, according to their evolution, worship, and final demise. The deities range from household names like Bes and Taweret to supreme beings like Amun and Re.

All around Egypt, there are monuments to illustrate the depth and complexity of Egyptian mythology. Richard Wilkinson writes and depicts them with stunning color images of ancient sculptures, paintings, and carvings.

The author does not stop there. He presents readers with an exhaustive list of the Egyptian Pantheon from the most famous to the least known. This Catalogue of Deities is essentially an encyclopedia containing sections about every god and goddess from ancient Egypt. Each entry details the deity’s mythology, iconography, and worship.

It is a publication of Thames & Hudson, and it is available in Kindle, paperback, and hardcover formats.

Egyptian Book of the Dead: The Book of Going Forth by Day

The Egyptian Book of the Dead: The Book of Going Forth by DayThe Complete Papyrus of Ani Featuring Integrated Text and Full-Color Images Check Amazon

The Book of the Dead is a monumentally significant funeral literature in Ancient Egyptian religion written during the New Kingdom. It was placed in the deceased’s coffin or burial chamber and contained spells to help them navigate the Duat (the realm of the dead).

The Papyrus of Ani is a manuscript prepared for Thebes by his royal scribe Ani. It remains the most pristine copy of the Book of the Dead. This book marks the first time in 3,300 years that the manuscript has been translated into English and published in color.

Several other translations of The Book of the Dead exist. This contemporary translation by Raymond Faulkner and Ogden Goelet includes the Papyrus of Ani. The book also features hieroglyphs and richly displayed paintings.

The Mind of Egypt: History and Meaning in the Time of the Pharaohs

The Mind of Egypt: History and Meaning in the Time of the Pharaohs Check Amazon

The book provides insight into the fundamental principles behind the ancient Egyptian belief systems, their perspectives on the afterlife, mummification, good and evil, justice, the connection between spiritual and material worlds, time, and monuments like the pyramids. It also describes how their world view and perspectives evolved through time.

Further, it draws samples from Egyptian literature, artwork, hymns, and different inscriptions in the book.

The Harvard University Press originally published this book in 1996, written by Jan Assmann and translated by Andrew Jenkins.

The book contains 516 pages, and it reads more like scholarly material. It is not the sort of book you pick as a quick read. Paperback and hardcover versions are available.

You know we never leave the kids out. The award-winning Donna Napoli collaborated with the accomplished illustrator Christina Balit to create one of our favorite mythology books for kids.

Napoli retells the classical tales of ancient Egypt with a child-appropriate sense of awe. Sidebars that offer geographic, historical, and cultural context, as well as a fun mapping feature. enhance the stories.

She adds lovely details about the characters to flesh up the simplistic structures of the original tales, leaving out the gory aspects that may frighten kids. She also includes resource notes and back matters to clarify the somewhat confusing list of deities.

The sandstone and tile border of Balit’s Egyptian-inspired illustrations makes it even more interesting for children.

Although the book is recommended for kids aged 7-11, younger children may also find it enjoyable.

The 2013 publication of National Geographic Kids is available in Kindle, audiobook, and hardcover formats. The author received the Notable Children’s Book Award in 2014.

Roger Lancelyn Green’s Tales of Ancient Egypt has a compilation of tales that go beyond those centered around gods. The stories are divided into three categories: tales of the gods, tales of magic, and tales of adventure. In addition, the myths about Amen-Ra, Isis, the Bennu Bird, and the Book of Thoth are featured in the book.

Readers aged 10 and older are the primary target audience of this book. It is available in paperback, hardcover, and Kindle.

What is a list of mythological books without a mention of the storyteller of the gods? The Kane Chronicles is a New York Times bestselling trilogy by the critically-acclaimed Rick Riordan. The Red Pyramid,  The Throne of Fire, and The Serpent’s Shadow are three books in the series.

The story follows the adventures of two siblings, Carter and Sadie, and their Egyptologist father, Dr. Julius Kane.

Carter and Sadie’s father summons a mysterious being from the Rosetta Stone, and that being exiles him. Thus, that incident throws the young Kanes into the world of Egyptian mythology and the gods of ancient Egypt. But, unfortunately, they learn that some gods are planning a chaotic comeback to the world.

This trilogy is best for pre-teens. Hardcover, Kindle, and paperback versions are all available.

Pantheon: The True Story of the Egyptian Deities

Hamish Steele’s debut graphic book uses humor to capture the absurdity of mythical Egyptian stories. The book portrays some significant events in Egyptian mythology in a straightforward manner, such as how Amun created the universe and the epic of how Osiris came to rule the underworld.

The Nobrow Press published Pantheon in 2017. Unfortunately, it is only available in paperback and not suitable for kids, despite having illustrations. It is also not the book for you if you do not like vulgar references.

Conceptions of God in Ancient Egypt: The One and the Many

Conceptions of God in Ancient Egypt: The One and the Many Check Amazon

The famous author and Egyptologist, Erik Hornung, disentangles the seemingly incompatible facets of their religion while examining the traits, areas of influence, and significance of Egyptian gods and goddesses. He also analyzes the intricate and evolving iconography used to symbolize them.

Hornung discusses the words ancient Egyptians used to describe divinity and the practice of conflating two or more gods into one.

He also covers monotheism, polytheism, the roles of the gods as defenders of order and enemies of chaos, and their interactions with humans.

What do you get when a three consecutive Hugo award-winning author writes about Egyptian mythology? A New York Times bestseller. The Killing Moon is the first half of the Dreamblood duology, published in 2012 to critical praise.

Gujaareh is a city-state with Ancient Egypt inspiration, where peace and dreams are the sources of power. The Gatherers—the guardians of this peace—wait on the rooftops and in the dim corners of cobblestone streets.

Dreams have healing, calming, and reincarnation-guiding capabilities. The priests of the dream goddess are responsible for gathering the magic of the sleeping mind and using it to treat, comfort, and execute people deemed corrupt.

Gujaareh, however, has a problem. The most famous, Gatherer Ehiru, uncovers a plot in which innocent people are killed in the name of the local goddess.

Jemisin does an in-depth analysis and exploration of the world’s theology of the world in a manner that is both readable and engaging.

The Killing Moon received nominations for the Nebula and World Fantasy Awards in 2013. Kindle, paperback, and audiobook formats are all available.

Check out some of our other recommended books below.