Storytelling is a fundamental part of human existence. So, it’s hardly surprising that mythical stories have remained relevant for thousands of years. Stories through myths are phenomenal. Not only do they record historical occurrences, but they also serve as morality guides.

Myths are evolving, becoming more representative of both ancient and modern cultures. Modern mythology provides insight into a variety of viewpoints.

Indian mythology isn’t any different. It influences every facet of Indian life and culture. It inspires many artistic creations, from ancient plays in the seventh century to contemporary films based on myth. The gods, goddesses, their temples, and tales are preserved through storytelling, religion, and festivals. An example is the ten-day celebration of the legendary Rama and Sita in the autumn.

Mythical literature is popular in India for a good reason; the culture is rich in mythology. With retellings of the Mahabharata and Ramayana, Indian authors engage deeply with mythological fiction.

Here’s a list of some of the best books about Indian mythology. 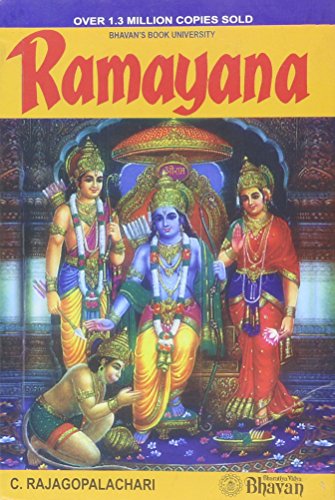 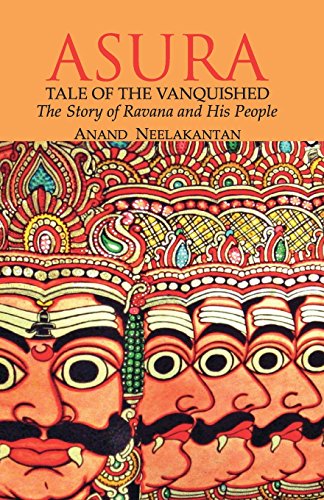 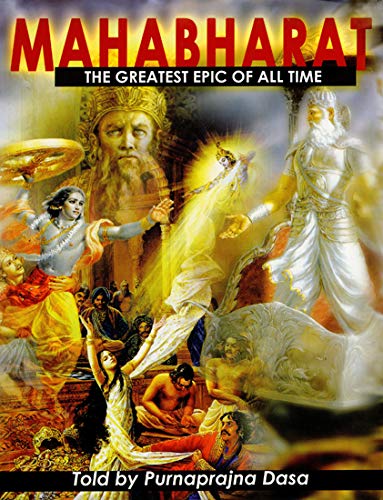 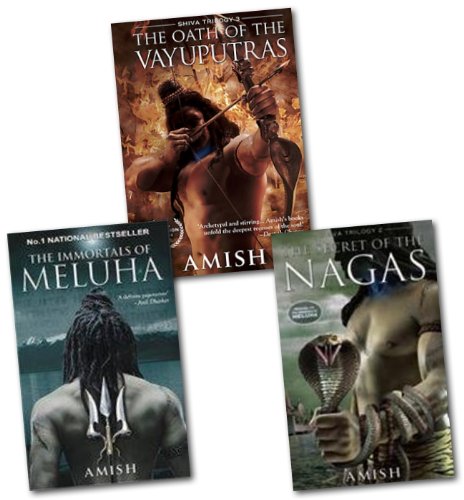 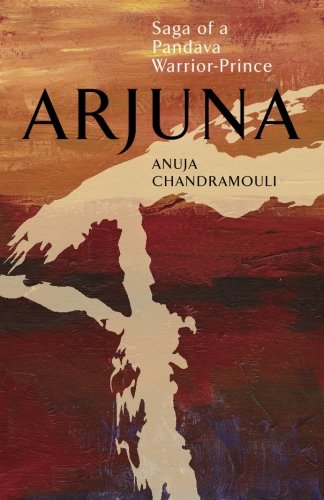 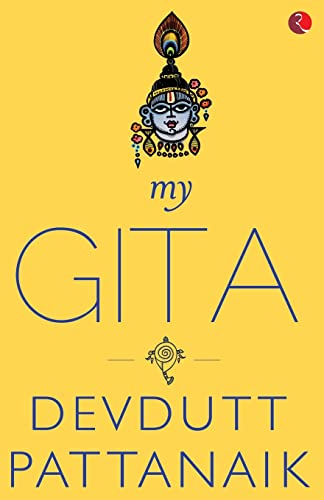 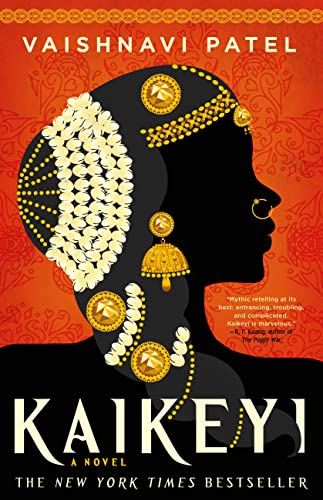 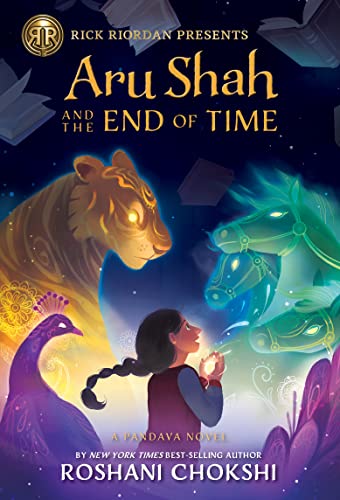 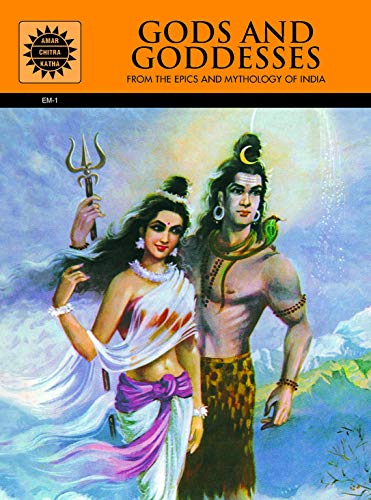 The Ramayana is undoubtedly a classical work in Indian mythology and forms the basis of many translations and retellings. However, it was originally written in Sanskrit.

In this beautiful rendition of the original narration, Chakravarti Rajagopalachari follows the Valmiki Ramayana and gives a good account of the epic.

Ramayana is a tale about love, conflict, respect, responsibility, and the victory of virtue over evil.

This book is a publication of Bharatiya Vidya Bhavan and is available in paperback and hardcover. The seven volumes that make up the entire Ramayana epic have been translated into Indian and other languages.

Asura: Tale of the Vanquished

ASURA Tale of the Vanquished: The Story of Ravana and His People Check Chewy

One word for this book? Unconventional. The award-winning author, Anand Neelakantan, offers readers a new viewpoint of the legendary Ramayana. He presents a story between Ravana and an Asura commoner, Bhadra.

The divine incarnation Rama, who destroyed the evil Ravana, is well-known in Indian mythology. For an alternate perspective, Neelakantan chooses to humanize the “enemy’’ and gives them a chance to narrate their tale.

Asura was published in 2012 by Platinum Press and won the 2013 Crossword Book Award.

Although it has 504 pages, you may be tempted to read it at a go. It’s available in Kindle, hardcover, paperback, and audiobook.

The Mahabharata: The Greatest Spiritual Epic Of All Time

Mahabharat: The Greatest Epic of All Time Check Amazon

This is another mythological epic originally written in Sanskrit. It chronicles the conflict between two cousin families —the Pandavas and the Kauravas—which sparked the most significant battle in Indian mythology at Kurukshetra.

The Mahabharata contains stories about different personalities, philosophies, and the Bhagavad Gita, the sacred text of Hindus. Some other themes include loyalty, love, cosmic law, betrayal, war, and family.

In Krishna Dharma’s version of The Mahabharata, he tells the narrative of five heroic brothers who were tricked out of their country and exiled by their jealous cousins. They embark on an adventure where they meet mystic sages, powerful rulers, and a variety of gods and monsters.

Hardcover, paperback, Kindle, and audiobook formats are all available.

The three-book series by Amish Tripathi is the poster child of Indian mythological fiction. It’s the fastest-selling book series in Indian publishing history. You can’t read The Immortals of Meluha, The Secrets of the Nagas, and The Oath of the Vayuputras and doubt the author’s passion for Indian mythology. This earned him the moniker “India’s Tolkien’’ by the BBC.

The subject of the narrative is Shiva, a hero in a time before there were any gods. Tripathi depicts him as a flawed human being with feelings.

It discusses the lines between good and evil and how they are frequently muddled, despite being two sides of the same coin. Gender equality is explored in the first book of the trilogy.

Tripathi has received several awards, including the 2018 Kalinga International Literary Award and the Hello Hall of Fame Awards for Literary Excellence in 2019.

The Palace of Illusions

The Palace of Illusions: A Novel Check Amazon

A feminine interpretation of the Mahabharta? Yes, let’s have it. The readers see the world through the eyes of the powerful, contradictory female characters in the Palace of Illusions.

Draupadi is a complex figure who served as the impetus for the struggle for Dharma. Divakaruni also explores her relationships with her five husbands, her well-kept secrets, her friendship with Krishna, and her turbulent connection with her mother-in-law.

The critically acclaimed author expertly gives voices to the female characters typically marginalized in the traditional rendition. All the bold ladies gave their all without ever referring to themselves as heroes.

You can get the paperback, Kindle, audiobook, or hardcover version.

Arjuna: Saga of a Pandava Warrior-Prince

In her 364-page debut, Anuja Chandramouli draws inspiration from Mahabharata and retells the story of Arjun, one of the most significant figures in Indian mythology.

Page by page, Chandramouli weaves the story of the Pandava Warrior-Prince. She tells the compelling tale of his friendship, goals, love, frailties, and flaws.

It covers his incredible life journey from the prophecy predicted before his birth, his time spent working as a eunuch, to his tragic demise and resurrection.

Kindle or paperback? Both are available for your seamless reading experience.

Thanks to a combination of a distinctive thematic approach and simple illustrations, the lessons in the sacred Bhagavad Gita are simplified for modern readers. The renowned author and illustrator Devdutt Patnaik emphasizes how Krishna encourages Arjuna to understand rather than criticize his relationships.

This makes it a pertinent read in today’s world, where conflict is preferred to discourse in an attempt to get things done. His aim is to inspire the reader to come up with their own interpretation of The Gita.

My Gita is a 2015 publication of Rupa Publications and has 256 pages. Take your time with this book, and reflect on its messages. It comes in various editions; audiobook, paperback, MP3 CD, and Kindle.

This debut became an instant New York Times bestseller, and here’s why. First, it’s a stunning, feminist retelling of Kaikeyi, one of Rama’s three mothers in the Ramayana epic.

Kaikeyi is the only daughter of the Kekaya Kingdom who craves some semblance of independence. As a young girl, she witnesses the expulsion of her mother from the Kingdom by her father. Her value is based solely on the quality of the marriage match she can clinch.

After repeated pleas to the gods without a response, she resorts to the writings she used to study with her mother and finds a unique magic. With her newfound power, Kaikeyi changes from an unappreciated princess to a fierce warrior, diplomatic powerhouse, and beloved queen. She exudes the determination to defy societal gender norms and make the world a better place for herself and other women.

Kaikeyi is written by Vaishnavi Patel and is available in hardcover, Kindle, audiobook, and paperback. It contains 496 pages. Depending on your speed, you can read or listen to it over a couple of days.

The series follows the story of a 12-year-old Aru Shah, whose family runs the Museum of Ancient Indian Art and Culture in America. One fateful day, she lights up a cursed lamp in the museum and summons a sleeping demon.

In an adventurous narration that has been praised as similar to Rick Riordan’s Percy Jackson, the protagonist embarks on a quest to repair the wrongs. She tracks down the reincarnations of the Pandavas and traverses the land of death.

The kids will love it as an introduction to Indian mythology books. Kindle and hardcover formats are available.

Gods and Goddesses — From the Epics and Mythology of India

This 2010 Advaita Ashrama publication is a comic collection of 22 titles from the Amar Chitra Katha series by the famous Anant Pai, fondly called Uncle Pai.

The comics narrate tales centered on Indian deities. They range from the mighty Shiva and Vishnu to the beloved Durga and Ganesha. Well-known figures from the epics like Rama and Krishna to lesser-known ones like Indra and the Ashwini Kumars.

The book comes in a solid hardcover that houses 704 pages of gorgeously designed comics and a lifetime of learning for generations.