Search for your Favorite Animals!

Highly intelligent, sociable, and just plain fun to watch, the carnivorous otter is an aquatic member of the Mustelid (or weasel) family. Their lithe bodies and webbed toes and feet enable them to glide smoothly through the water and catch prey. There are some 13 species of otters around the world. Most of them are […] Read More 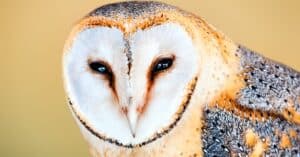 What Do Owls Eat? The Owl Diet Explained Owls are mysterious birds of the night. With their huge eyes and haunting hoot, they appear intelligent and menacing. They are divided into two families, the true or typical owls, and the barn owls. What keeps these feathered creatures going every day? As a bird of prey, […] Read More 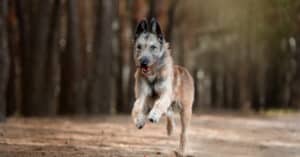 Humans are believed to have domesticated sheep about 7,000 years ago and cattle 10,500 years ago. Scientists believe that dogs were domesticated as early as 32,100 years ago Somewhere down the line someone got the idea to train dogs to herd sheep and cattle by the sort of tweaking their natural instinct to hunt down […] Read More 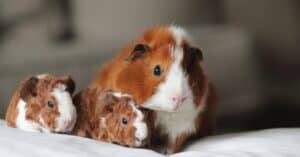 Guinea pigs are adorable, sweet pets that love to express themselves by chattering, squealing, and wheeking. Some guinea pigs have swirls of long hair while others have a coat of soft, short hair. These little critters can be one solid color, two colors, or tri-colored! Many owners could spend hours watching these furry creatures jump, […] Read More 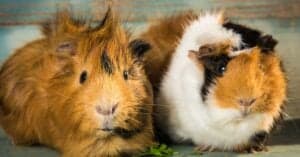 Guinea pigs are among the oldest and, some might say, the cutest domesticated animals in the world: sociable, gentle, and pleasant to be around, they can appeal to children and adults alike. Today there are 13 accepted guinea pig breeds, each varying by the color, texture, and patterns of their fur. The species we know […] Read More 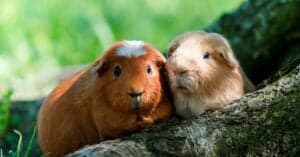 Guinea pigs have become a beloved family pet for thousands of people around the world. To adopt one, your best bet is a pet store or even an animal shelter. They’ve been domesticated for the last 500 years, but that doesn’t mean that they don’t still spend time in the wild. Naturally, they live in […] Read More 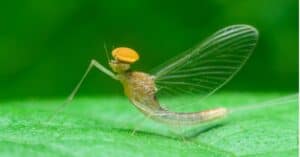 The lifespan of an animal depends on its habitat, size, food sources, and its defensive capabilities along with other factors. The insects on this list progress through a life cycle that includes several stages. In some cases, one stage of an insect’s life cycle is much longer than another. A small rodent on this list […] Read More 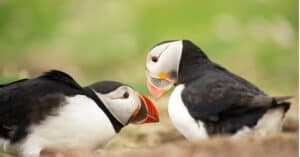 Few birds enjoy as much popularity and recognition worldwide as penguins. These flightless birds live in the Southern Hemisphere, particularly in Antarctica and its surrounding islands. While relatively awkward on land, penguins move with amazing agility and speed through the water. These black and white birds use their webbed feet and wings as flippers, enabling […] Read More 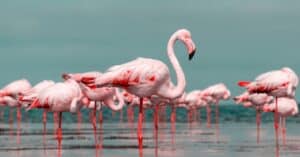 When it comes to building a nest, birds use a wide variety of tactics and materials. Some birds, such as the puffin, burrow into the ground or take over abandoned rabbit warrens. Others, such as the bald eagle, build giant nests atop tall trees that grant them a view of the surrounding landscape. Some, such […] Read More

What Do Doves Eat? 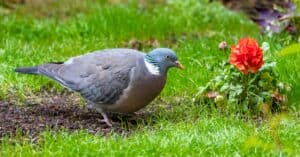 Doves belong to the Columbidae family of birds and usually have plump bodies, relatively long necks for perching birds, tails that are often long, and beaks that are short and slender. Doves are found everywhere on earth save the polar regions and the driest deserts, and the rock dove has one of the greatest ranges […] Read More

See more of our Entertaining and Insightful Animal Articles.