Whether you’re an avid bird-watcher or just want to make the most of what these islands have to offer, you won’t want to miss Hawaii’s 5 best bird-watching spots this summer.

Why Go Birding in Hawaii?

There are many reasons why Hawaii is considered one of the best bird-watching spots in the entire world.

First, Hawaii is fairly isolated. There are 2,390 miles separating Hawaii from California, which is one of the closest continents to Hawaii. As a result, there are many species of bird found on the islands of Hawaii that you won’t find anywhere else. These are called endemic species, meaning they’re only found naturally in one area. Some birds endemic to Hawaii include the Hawaiian hawk, the Hawaiian gallinule or ʻalae ʻula, and the Hawaiian stilt or aeʻo.

Hawaii is also known for its widely diverse landscape. From dense forests to marine areas to volcanoes, Hawaii supports a diverse variety of birds. In fact, out of 14 different climate types and zones in the entire world, Hawaii boasts 10!

If you visit Hawaii, whether for vacation or the sake of birding, make sure to be respectful. Hawaii is home to more than a wide variety of different bird species: it’s home to a rich culture and history. Don’t litter, try to avoid taking anything from nature home, and be sure to embrace the spirit of aloha!

There are few areas in Hawaii where you won’t be able to enjoy casual bird-watching. From the beach to the local communities, nature is definitely overflowing in this group of islands. However, if you’re keen on seeing some of the rarest species found only in Hawaii, you’ll want to make sure to visit these five locations.

If you’re on the island of Maui, you’ll want to make sure to add Haleakalā National Park to your bucket list. This national park is home to Haleakalā Volcano, a dormant volcano that makes up 75 percent of the island. It’s also home to some rare bird species, some of which you can’t find anywhere else – including other areas of Hawaii!

One of the must-see birds is the nēnē, or the Hawaiian goose (Branta sandvicensis). The nēnē is only found in a few locations in Hawaii, including the islands of  Oahu, Maui, Kauaʻi, Molokai, and Hawaiʻi. Its Hawaiian name comes from its call.

You can also find the ‘ua’u, or Hawaiian petrel, as well as dozens of other species here. If you only have time to visit one of the best bird-watching spots this summer, Haleakalā National Park is definitely a top contender.

Aside from bird-watching, you can also find a variety of trails, waterfalls, and scenic views to enjoy here.

Kealia Pond National Wildlife Refuge is also on the island of Maui. However, it is much smaller than Haleakalā National Park.

The Kealia Pond National Wildlife Refuge is home to popular trails where you can find Hawaiian stilts. The Hawaiian stilt (Himantopus mexicanus knudseni) is a subspecies of the black-neck stilt (H. mexicanus). They’re an endangered species native to Hawaii, and they make a call that sounds like “kip”.

Because of nesting season, the Kealia Pond National Wildlife Refuge may close off certain areas. For example, at the time of writing, the Kanuimanu Pond Trails are currently closed until mid-August. This helps to avoid disturbances and keep these special birds safe.

You can find Hawaii Volcanoes National Park right in the heart of the island of Hawaii, also known as the Big Island. Here, you’ll be able to see two active volcanos, Kīlauea and Mauna Loa. There are also other several significant areas to visit and see, such as Halema’uma’u Crater, the Jaggar Museum, and Nāhuku.

It’s also one of the best bird-watching spots this summer!

As years go by, it’s never a guarantee what birds you’ll find in Hawaii Volcanoes National Park. The eruptions from the volcanos change the environment, which causes for different species of birds to do best here. Here, you can find two Hawaiian favorites: the Hawaiian goose and the Hawaiian hawk. You can also find the Elepaio and Omao, two rare species native to the islands of Hawaii.

If you’re looking for an easier way to explore Hawaii without diving deep into the national and state forests, then Ke Ala Hele Makalae Trail is for you. You can find this paved path on the east side of Kauai. It covers around eight miles of scenic shores and coasts.

Not only can you catch glimpses of Hawaii’s many bird species here, but in the colder months, you may even be lucky enough to see whales and monk seals!

Because Ke Ala Hele Makalae Trail is a paved path, it’s more accessible to those who may not be able to tackle the national parks. This includes those in wheelchairs or with strollers.

Kaena Point Trail is another coastal path, although it’s not paved.

While the trail itself provides one of the best opportunities to view the island, you’ll also find Ka‘ena Point Natural Area Reserve to be one of the best bird-watching spots this summer. Ka‘ena Point Natural Area Reserve is home to some of the last sand dunes found in Hawaii. This makes it the perfect opportunity to take advantage of some of Hawaii’s native coastal birds!

Discover the Lowest Point in Nevada 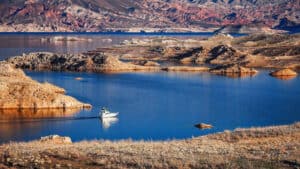