They have the longest breeding season of any goose. 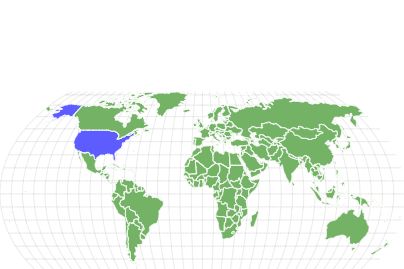 View all of our Hawaiian Goose (Nene) pictures in the gallery.

View all of the Hawaiian Goose (Nene) images!

“The Hawaiian Goose, or Nene, is the state bird of Hawaii.”

The beautiful Hawaiian goose, or nene was made the state bird of Hawaii in 1957 which is before Hawaii became a state. It is considered the rarest goose in the world from overhunting by humans and predation by the exotic animals they brought to the islands with them. The good news is the goose’s numbers are recovering slowly but surely.

Here are five amazing facts about the Hawaiian goose.

1. Hawaiian goose chicks are precocial and don’t need to be fed by their parents. However, they’ll stay with their parents until they’re about a year old.
2. Dominance in Hawaiian geese comes not from the size of the individual goose but from the size of their immediate family.
3. A Hawaiian goose’s home range is about 77 square miles.
4. The bird’s name comes from one of its calls, which is “nēnē.”
5. The Hawaiian goose’s legs are longer, and its toes are less webbed than the feet and toes of other geese. This helps it walk over lava flows.

Where To Find the Hawaiian Goose

As its name suggests, the Hawaiian goose is only found naturally in Hawaii. Specifically, it’s found on the big island, Oahu, Kaua’i, Maui and Molokai. It prefers a habitat where the trees and bushes are not particularly dense, including scrublands, grasslands and coastal dunes. It’s even found on the slopes of volcanoes whose vegetation is sparse.

The nest of the Hawaiian goose is made when the female scrapes a bit of a depression beneath a tree or a bush then lines it with vegetation and down. It is often near the very place where she was hatched.

The scientific name of the Hawaiian goose is Branta sandvicensis. Branta is a Latinized form of Brandgás, an Old Norse word for “burnt goose.” Sandvicensis is Latin for “from Hawaii,” as the islands used to be called the Sandwich Islands. There’s only one species and no subspecies.

The nene is considered a medium-sized goose, with a length of 20.87 to 25.98 inches and a weight of 3.96 to 5.07 pounds. The goose’s face and the top of its head are black as are its eyes, feet and beak. There are cream-colored patches on its cheeks. The long neck is buff-colored and streaked with interesting black grooves that can reveal the bird’s skin. The body and wings are brown or grayish, and the wings have white tips. The tail is also black but white underneath. Males and females look alike, but females are smaller than males.

The nene is gregarious and forms flocks, or gaggles of up to 30 birds, though the basic unit of the Hawaiian goose is their immediate family. Their legs and feet are adapted to run over volcanic ground, and the goose seems to prefer running to flying even though it can fly. It can also swim if it must. The goose has a great repertoire of calls and vocalizations, including cackles, trumpeting, shrieks, murmurs and the telltale “nēnē.” The Hawaiian goose utilizes a complex threat display that involves stretching out its neck, bristling its feathers and hissing. A gaggle of geese can also come together and try to ward off a threat.

The goose is active during the day, but at night it doesn’t roost in the trees but sleeps on the ground with its feet tucked under it.

The nene has an herbivorous diet and only eats terrestrial plant material. This includes blades of grass, berries, seeds, flowers and leaves. They are partial to the bottom of the grass blade which is more nutritious and use their beaks to pull the grass up. They are partial to grasses such as carex, broomsedge, rat’s tail grass and violet crabgrass.

The Hawaiian goose is preyed upon by a variety of predators. Its reluctance to fly away probably makes it more vulnerable than it might be. At first it was cooked and eaten by humans. When this practice threatened the population, it was made the state bird of Hawaii. Still, humans brought with them, purposefully or accidentally, predators who cared not about the goose’s status. These included pet dogs and cats, rats, birds of prey and pigs. The Indian mongoose is especially responsible for preying on Hawaiian goose eggs.

Other threats to Hawaiian geese are exposure to the elements, parasites, disease and trauma.

The nene has an energetic courtship ritual. The male struts in front of the female while displaying the white beneath his tail. If she excepts him, they both make trumpeting alls, and the male sees off other rivals. The pair then sort of scream into each other’s ears, then mate. Unlike other waterbirds, Hawaiian geese mate on land. They are monogamous and mate for life.

The goose is also different from other geese in that its breeding season stretches from August into April, though most pairs mate in October and March. The female lays one to five eggs, and the male guards her, though she doesn’t stay on the nest all the time. Now and then she gets up to give herself a break and find food. The eggs hatch 29 to 31 days after they’re laid, and the female broods the chicks until their down is dry. After this chicks are able to find food on their own, but they follow their parents until the next breeding season. The nene is ready to reproduce when it’s two to three years old. Hawaiian geese are long-lived birds and can have a lifespan of 28 to 42 years.

Despite the fact that it’s the state symbol and state bird of Hawaii, the Hawaiian goose is the rarest goose in the world. There are only about 2500 of them, and 1000 of these are in captivity. Its conservation status is listed as near threatened by the IUCN Redlist.

Does the Hawaiian goose migrate?

The Hawaiian goose doesn’t migrate and doesn’t seem to like to fly unless it has to. It may become nomadic if the food in its home range is scarce.

How many eggs does the Hawaiian goose lay?

The nene lays between one and five eggs.

How fast does the Hawaiian goose fly?

The Hawaiian goose’s wings are smaller than its cousin the Canada goose, which flies at around 40 miles per hour or faster. Because of this, the Hawaiian goose probably doesn’t fly as fast. It is also known for flying very low, sometimes to the point where it can collide with cars.

What is the Hawaiian goose’s wingspan?

The Hawaiian goose’s wingspan is between 36 and 38 inches, which is 16 percent smaller than its cousin the Canada goose.

When does the Hawaiian goose leave the nest?

Hawaiian geese chicks leave the nest when they’re about three months old, but they can stay with their parents for as long as a year.

What does the nene goose eat?

The Nene goose is an herbivore that eats grasses, leaves, flowers, and berries.

They do fly, but they are not strong fliers.

How many Hawaiian geese are left?

There are only about 2500 of these geese left.

Why is the Hawaiian goose endangered?

The Hawaiian goose is endangered because it never quite recovered from the time it was used as food by humans and because of predation by non-native carnivores.

What eats the Hawaiian goose?

The Hawaiian goose and its eggs and chicks are eaten by rats, pet dogs and cats, feral pigs, Indian mongooses, and birds of prey.

Is the Hawaiian goose the state bird?

It is indeed the state bird of Hawaii and has been so since 1957.