iStock.com/auimeesri
Share this post on:
More Great Content:
Are Insects Animals?
10 Poisonous Butterflies
10 Rarest Butterflies in the World
What Do Ladybugs Eat?
Boric Acid for Roaches: How Effective Is…
What Do Moths Eat?

If you have ever been camping or spent any time outside during a hot summer night, you no doubt know about the existence of mosquitoes. However, how long do mosquitoes live? You may want to know the next time they bite you.

While mosquitoes are nobody’s favorite animal, they are still a part of our ecosystems and are important to learn about. Let’s discuss the average mosquito life cycle as well as how their lives compared to other insects.

How Long Do Mosquitoes Live?

Mosquitoes live an average of two weeks, depending on the species. Some species have been known to survive for as long as six months, but the average mosquito usually dies in a month or less, depending on location and species.

The mosquito that manages to survive longer than a month or two is no doubt in a more secluded or protected area, such as the lofts of your home or outdoors away from humans. Human interference is one of the leading causes of death in mosquitoes.

Mosquitoes are aware of how short their lives are, as most female mosquitoes lay eggs immediately after drinking blood. Mother mosquitoes lay their eggs in damp or wet locations.

If you are ever bitten by a mosquito, you should know that it is only female mosquitoes that bite. Male mosquitoes and baby mosquitoes don’t drink blood, getting the majority of their sustenance from plant matter.

How Many Mosquitoes Are There in the World?

With more than 3,600 species of mosquitoes in the world, there are more mosquitoes born every day than the amount of human who have ever lived on Earth!

When a mother mosquito lays her eggs, she is no longer responsible for the bugs in question. These insects hatch from their eggs into their newborn stage, also known as the wriggler stage. Wrigglers are small larvae-like creatures that live in the water they hatched in.

Wrigglers feed in the water, gaining energy and strength so that they can transform into their next stage of life. The amount of time it takes a newborn mosquito to reach its next stage of life varies by species and environmental factors, such as water temperature.

Wrigglers do not feed on blood, but rather the algae and plant matter found at the surface of the water. They require oxygen during this stage, just like they will when they are fully grown.

Once they have fed and have adequate enough nutrition to transform, newborn mosquitoes enter a pupa stage. They are known as tumblers during this time, and remain in the water they were first born in.

Given that this is a pupa stage, these mosquitoes are not eating, sleeping, or able to fly yet. They are essentially cocooned and protected for the next period of time. This pupating process takes a week to a month, depending on the mosquito species and environment.

Once the pupa has reached an adequate temperature and nutrition level, an adult mosquito emerges from its cocoon. These adults then fly in search of blood and sustenance, ready to lay eggs as soon as possible.

Depending on the species and location, adult mosquitoes can live anywhere from two weeks to multiple months. However, given the hatred of their species, many mosquitoes don’t live particularly long.

How Does Their Lifespan Compare to Flies

Another species relatively disliked by humanity is the fly. You may be wondering how the mosquito life cycle and lifespan compares to this other common household pest. Let’s discuss how the fly’s lifespan is similar to that of the mosquito.

The average housefly lives 2 to 4 weeks in their lifetime. This is strikingly similar to that of the mosquito. Flies are also similar to mosquitoes in that they have a very similar life cycle. Flies hatch from eggs, have a larval stage, and then emerge as fully formed adults.

Also similar to mosquitoes, flies tend to live longer in locations that are more secluded or protected from human interference. A warm and dry home attic is an optimal place for a fly to live.

Technically, flies and mosquitoes are a part of the same genus or family. This may be why they have a similar life cycle and lifespan. However, most research shows that the average fly lives weeks or more longer than mosquitoes on average.

Other similarities between these two species has to be their ability to carry diseases. Both flies and mosquitoes are some of the most dangerous insects in the world given their ability to infect human kind.

Mosquitoes bite humans in order to feed on their blood and lay eggs. Female mosquitoes need the iron present in human blood in order to produce their young. Male mosquitoes do not drink blood, and survive solely on plant material.

Mosquitoes have been known to bite certain types of people, based on blood type, sweat levels, and diet. They are attracted to certain chemicals and have the ability to sense your blood type, whether you know it or not!

Body heat is also something that attracts female mosquitoes and often leads to bites. Many people who exercise or exude extreme amounts of body heat are more likely to be bitten than people who maintain cooler temperatures. 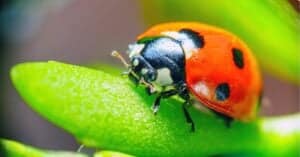 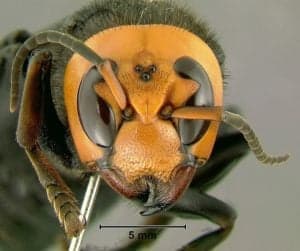