Written by Larissa S.
Published: October 29, 2022
© iStock.com/slowmotiongli
Share this post on:
More Great Content:
Is Hibiscus a Perennial or Annual?
Rose Of Sharon vs. Hardy Hibiscus
7 Extinct Trees
The 5 Best Annual Flowers For Zone…
Are There Any Plants That REALLY Keep…
Is Lantana a Perennial or Annual?
↓ Continue Reading To See This Amazing Video

Enjoy the shade of a majestic tree this summer! Tamaracks are a wonderful option for your property. From young to old, the colors of larch and tamarack will dazzle you with their radiance.

Both trees are deciduous conifers, meaning they lose their needles in the fall, and they are long-living trees that produce cones. While they are often confused for one another because they look so similar, there are some key differences between the two.

Let’s cover the main differences between larch and tamarack so that it’ll be easy to identify the next time you come across either one!

Larch, from genus Larix, is native to subarctic areas of the northern hemisphere and got its name from the Latin “larigna,” a settlement of Larignum. Both the larch and tamarack are different species in the same genus.

Tamarack (Larix laricina) is a cone-bearing tree native to Canada and the upper northeastern United States. They tolerate freezing temperatures of -85 °F. However, these cold temperatures will grow smaller trees than those further south.

Larch trees are a type of deciduous tree found in areas of the northern hemisphere. The tree is famous for its conical shape, its needle-like leaves, and its ability to adapt to different terrain and soil types. The tree is popular in landscaping for its beauty and the way it acts as a windbreak or privacy screen.

Larch trees can grow between 65 – 150 feet tall! The leaves develop in clusters of 20 to 50 needles on small shoots. In addition, the dark green needles of a larch tree are longer than those of a tamarack tree, up to 4 inches in length.

Tamaracks grows in the northern United States, Canada, and Siberia. They can grow up to 50 feet tall and have reddish-brown bark. The needles of a tamarack tree are about an inch long and grow in clusters of 10 – 20. They are blue-green in color, and in the fall, they will paint the hills with various shades of yellow and orange before they drop off.

Many cultures have used larch trees for thousands of years. Having a lifespan of almost 250 years, it’s no surprise that the larch has played such a vital role in the development of civilization. The larch has many uses, ranging from lumber production to sweeteners in some ancient cultures. It also boasts many medicinal properties that are still popular today. In addition, its long life span makes for an extremely slow growth rate, which reduces its susceptibility to insects.

Tamaracks are deciduous, meaning that they lose their leaves in the winter. As a result, they grow fairly quickly, though not as fast as some other conifers like pine trees or spruce trees. Larch trees grow more slowly than other conifers because they require a lot of water and moisture to thrive, which isn’t always easy to find in many places where people want to plant them.

Both types of trees can get harvested for lumber when they’re mature enough to harvest—but larch wood is more valuable than tamarack wood because it’s harder and stronger than most other types of softwood lumber available on the market today!

Larch can withstand intense fire. In the event of a fire, they will lose their needles, grow new ones, and replace burnt branches along the tree trunk.

Tamarack needles are long, flat, and flexible; they’re also a blueish-green color. This makes tamarack needles perfect for weaving into baskets or cordage since their flexibility allows them to bend without breaking. In addition, they have a high resin content, making them useful as fuel for fires. 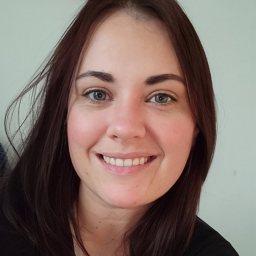 The natural world is one of the most beautiful things, and I believe we should all do our part to protect it. After years spent in the South African bush, I found my way to writing about animals and nature in my work. My hope is to inspire others to appreciate and care for the world around them.

Is a tamarack and larch the same?

Tamarack and larch belong to the same genus but are different species. However, they get used interchangeably.

Is a larch a pine tree?

Larch and pine trees are both conifer trees since they have needles and produce cones. However, pine cones are evergreen, whereas larch trees are deciduous. Therefore, they will turn yellow in the fall and drop their needles.

Larch trees are water-resistant, durable, and highly resistant to rot. 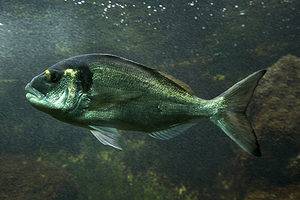