When we think of the kings of the sky in the animal kingdom, only a few names come to mind. Huge birds like the bald eagle, California condor, and falcon are some of the largest and most formidable birds that we can imagine! As one video shows, the Eagles have a tight grip on the title for “masters of the sky,” and they don’t plan on letting it go anytime soon.

In a home video uploaded a few years ago, we get a chance to witness one of the craziest examples of wild animals and humans interacting. Who will win? Well, in this case, it’s probably the eagles. It all begins with a few brothers flying their RC airplane in South Australia on a perfectly clear day. The RC plane, a HobbyKing Phoenix 2000, is a glider that is suited for flight in thermal columns in the air.

While the brothers were flying, they noticed something interesting; a bird was on the horizon and was coming in fast. As the video records, the bird gets closer and closer until it flies directly up to the glider, seemingly with the intention of attacking it! Although we can’t be sure of the species, the location and appearance of the bird would indicate that the attacker is a wedge-tailed eagle.

If that is truly the case, the pilot may have to watch as his glider crashes down! Wedge-tailed eagles are the largest birds of prey across the entire continent of Australia and one of the largest species of eagle in the world. In fact, this species is larger than the famous bald eagles of North America by a bit and is easily recognized by the wedge-shaped tail that can be seen while it flies.

To get an idea of how large this eagle is, we can look at the video. The glider has a wingspan of 2 meters or a little over 6 feet across. The eagle, depending on the angle, has a wingspan that is either identical to or slightly larger than that of the glider. This eagle’s wingspan is larger than the average man is tall!

Within a few minutes of flying around the glider, the eagle makes its first strike. Although it isn’t a big hit, it’s clear that the eagle isn’t happy that the glider is flying in its territory. As the brothers talk, the pilot reveals that he is just managing to keep the glider airborne and that it can’t take much more of the hits!

Then, in a wild turn of events, more eagles appear! Within moments there are two, then three eagles flying around the glider as they all attempt to see this strange thing flying in their territory. Incredibly, the glider managed to stay up, although the camera that was present on the plane wasn’t able to record as it had stopped working. If it was working, the footage would have been remarkable!

It’s clear that those eagles didn’t want any competition when it came to being the kings of the Australian skies!

Is This Normal Behavior for an Eagle?

Is it normal for eagles to defend their territory and attack other flying objects? Surprisingly, these birds will attack paragliders, hang gliders, drones, and similar aloft objects if they deem them as a threat. There are plenty of other videos on the web showing such actions.

What’s even more interesting, is that eagles will also attack in tandem with other eagles to protect their territories and nests! As if one huge avian was wild enough, having multiple great raptors upset with you is a bad spot to be in!

Keep reading to find out more about eagles and other interesting animals! 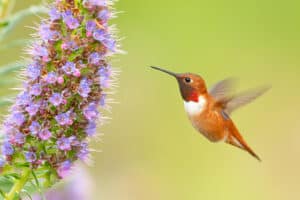