There are nearly 3,000 different species! Click through all of our Catfish images in the gallery. 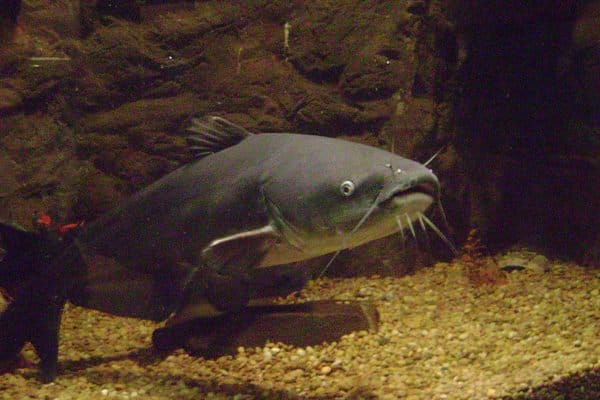 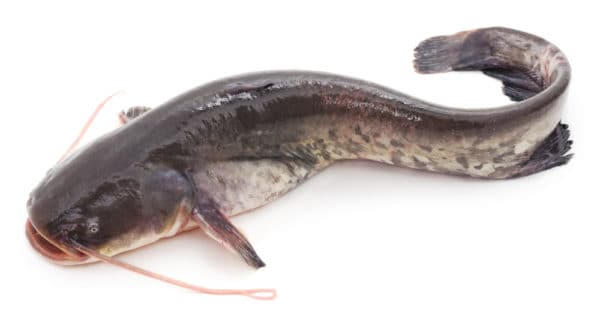 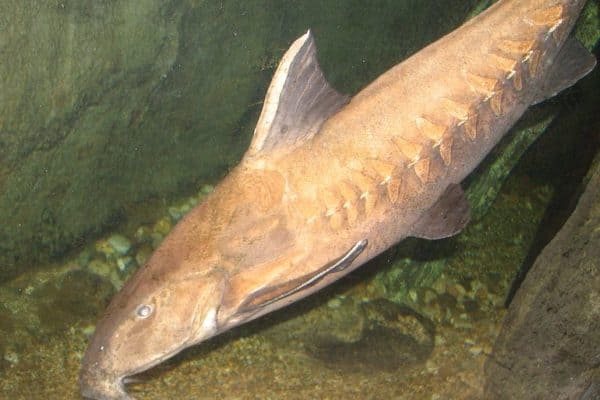 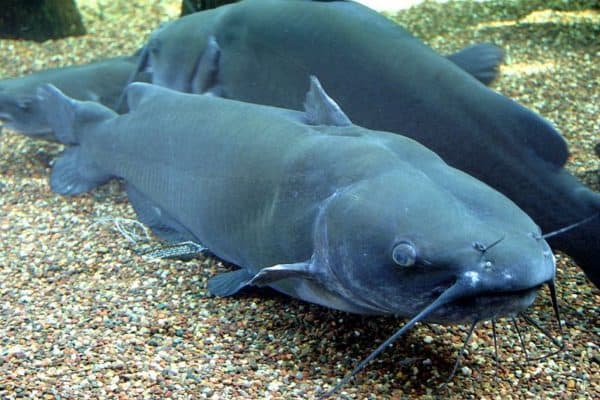 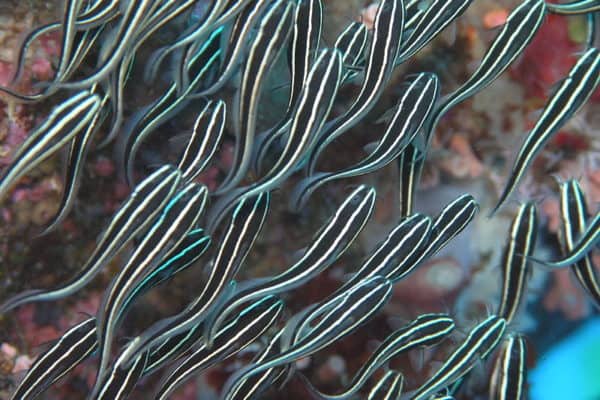 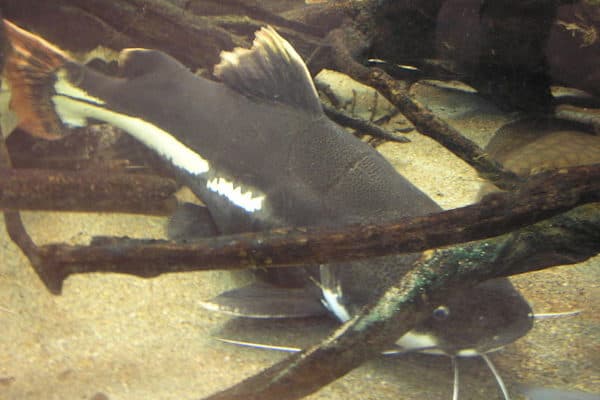 View all of the Catfish images!

Feeding at the depths of the lake or river, the catfish is always aware of its surroundings thanks to the prominent whiskers on its face and an elaborate network of chemical receptors all over its body.

This amazing sensory apparatus on this species relays important information about the composition of its surrounding environment. The catfish has also served as a common delicacy in many human cultures around the world. This is both a blessing and a curse. When there is no regulation on hunting, the catfish may be driven to the brink of extinction. But when humans take an interest in its survival, the catfish is allowed to thrive.

The Different Types of Catfish

The order of Siluriformes possesses a truly staggering amount of diversity. It contains around 3,000 species across 35 different families. By comparison, the primate order, which includes all humans, apes, and monkeys, is only composed of a few hundred species. Here are just a few examples of catfish species:

Here are even more types of catfish to check out:

All catfish belong to a single order known by the scientific name of Siluriformes. As you may already know, an order is the next major level of taxonomy below a class. In the case of the catfish, it is a class of ray-finned fishes known as the Actinopterygii, which also includes tuna, swordfish, salmon, cod, and many other types of fish. All catfish evolved from a single common ancestor. This means a single group branched out and led to all modern catfish.Catfish Species

This fish comes in a diverse range of different colors, shapes, and characteristics, but there are a few distinct traits that unite all species together. The most prominent physical characteristic is the pair of long barbels (the whiskers or feelers) along the upper jaw that act as sensory organs. Most actually have receptors all over the body that allow them to taste or smell various chemicals in the water, but the barbels are the main instruments through which they sense the surrounding environment. A single pair is standard, but some may have up to four pairs of whiskers arranged along the mouth, snout, and chin.

Another important sensory feature is a bony structure that connects the swim bladder to the fish’s auditory system called a Weberian apparatus. This enables it to produce and detect sounds in the water.

Most have a long body and flattened head to allow for bottom feeding. With their tendency to sink rather than float, they spend most of their time sifting the floor for food, usually during the night but sometimes during the day as well. Their mouths are widely spaced to take in large quantities of food at a single time. Most species are gray, white, yellow, brown, or green in color. The skin consists of bony plates or a lining of mucus instead of scales. A spine near the fins is present in some species to ward off dangerous predators. It usually delivers either a sharp sting or a very painful and debilitating venom.

The size also reflects its immense diversity. The order ranges greatly in size between the banjo catfish, which is less than an inch long, and the truly massive wels catfish, which measures up to 15 feet in length and 660 pounds in weight. Sexual differences between males and females seem to occur in about half of all documented families. Some species feature truly unusual adaptations. For instance, the upside-down catfish lives up to its name by swimming upside down. The electric catfish in Africa can generate some 450 volts of electricity. The walking catfish can traverse land for short distances in between pools by moving on its front fins and tail. It has the ability to breathe in oxygen from the air. Each of these adaptations is well-suited for the environment in which it lives.

The majority of this species of fish inhabit the shallow freshwater regions of every continent on the planet except for Antarctica. The only exceptions are several species adapted specifically for saltwater environments or even caves. Population numbers are generally quite strong across the world, and most species are not yet at risk of extinction. However, some species are increasingly in peril due to overfishing and marine pollution. The Mekong giant catfish of Southeast Asia and China, the Andean catfish of Ecuador, the blind-whiskered catfish of Mexico, and several other species are all considered to be critically endangered, while many others are trending that way.

This fish lives in so many different places that it has a staggering list of predators. Some of the most common predators include birds of prey, snakes, alligators, otters, fish (including other catfish), and of course humans. Due to their large physical size and defensive spines, the catfish is hardly the first choice of prey with which many predators want to tussle. But some of the smaller of the species in particular are most vulnerable.

This fish’s diet also varies greatly by location. Most species feed on random algae, snails, worms, insects, and other small marine creatures by sucking or gulping them up with their huge mouths. The larger species consume frogs, newts, birds, rodents, and other animals as well.

Catfish: The Fish’s Reproduction and Lifespan

With approximately 3,000 species to account for, this fish varies quite a bit in terms of its reproduction habits. Breeding season usually occurs during the late spring and early summer. The females can lay thousands of eggs at a time within small hiding places such as rock crevices or dense vegetation. The eggs hatch quickly after a mere five to 10 days. The father is tasked with much of the parental duty. The maximum life expectancy of a typical catfish species is anywhere between eight and 20 years in the wild. Some of them obviously fall victim to predators long before this.

Catfish in Fishing and Cooking

The catfish is such a popular dish throughout the world that large numbers of catfish are deliberately raised in farms. Each local culture tends to have its own method of cooking the catfish. In the Southeastern United States, it is typically fried and made with cornmeal. In Southeast Asia, it is grilled or fried and then eaten with various vegetables and spices. In Hungary, it is cooked with paprika sauce and noodles.

The catfish is consumed by birds of prey, large reptiles, mammals, and other fish.

What do catfish eat?

The catfish has an eclectic diet consisting of algae, snails, worms, insects, aquatic plants, small mammals, and much else.

Is catfish good to eat?

The catfish has been an important source of nutrition throughout human history. It is high in Vitamin D and omega-3 fatty acids.

The catfish has a rather sweet but subtle taste. Some people either love or dislike its watery/moist feeling.

What Kingdom do Catfish belong to?

Catfish belong to the Kingdom Animalia.

What phylum to Catfish belong to?

Catfish belong to the phylum Chordata.

What order do Catfish belong to?

Catfish belong to the order Siluriformes.

What type of covering do Catfish have?

Catfish are covered in Scales.

In what type of habitat do Catfish live?

What are some distinguishing features of Catfish?

How many eggs do Catfish lay?

What is an interesting fact about Catfish?

There are nearly 3,000 different species of Catfish!

What is the scientific name for the Catfish?

The scientific name for the Catfish is Siluriformes.

What is the lifespan of a Catfish?

What is the lifespan of a Catfish?

What is the optimal pH for a Catfish?