Africa is home to one of the most diverse mythological canons in the world. This is due to the fact that there are so many cultures, languages, and ethnic groups that live in Africa.

The term “Africans” or even “African people” cannot be used to describe groups of people other than to reference the continent that they live on. Beyond that, an incredible diversity of culture exists, and that diversity breeds a colorful variety of mythologies.

In many cases, these mythologies aren’t even rooted in the same stories or historical people groups. Remember that Africa is the birthplace of humanity, and groups probably didn’t start migrating off the continent until as early as 90,000 years ago.

Some African groups have been since long before that, with some estimates placing the San people at 100,000 to 140,000 years old.

The point is, unlike many Western mythologies which are new and intermingled, countless African mythologies are free from influence and steeped in millennia of humans to deepen their symbols and meanings—it would be impossible to put your finger down.

The following is a list of great African mythology books to help you understand a sliver of this incredibly rich system of mythologies. 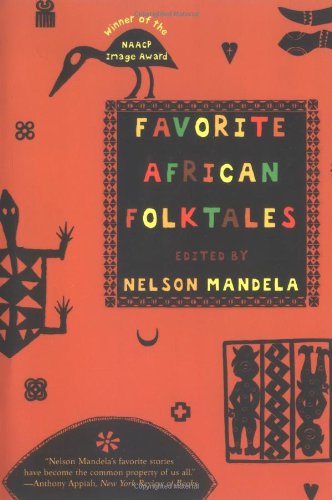 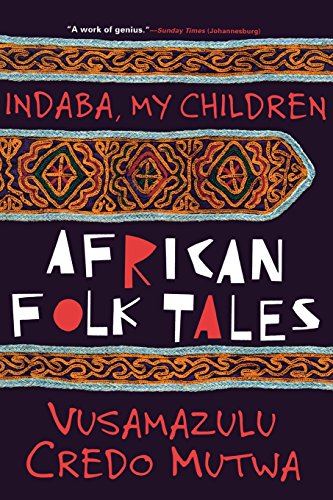 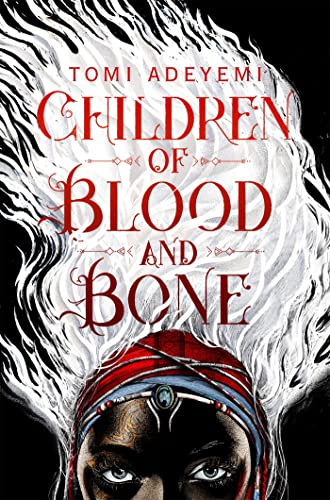 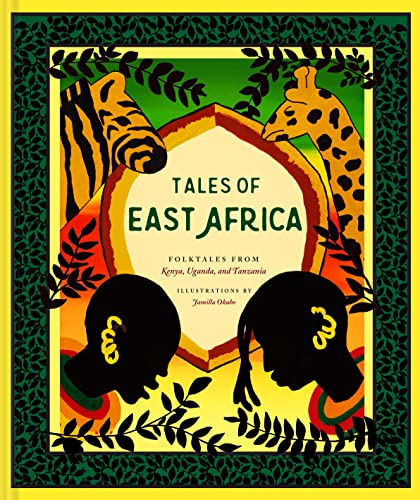 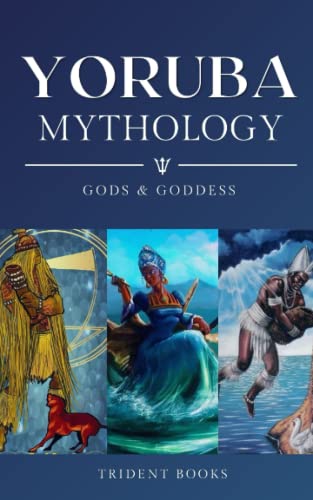 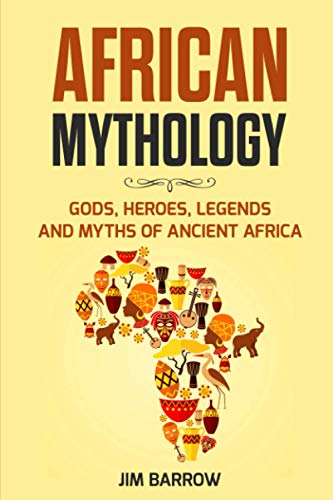 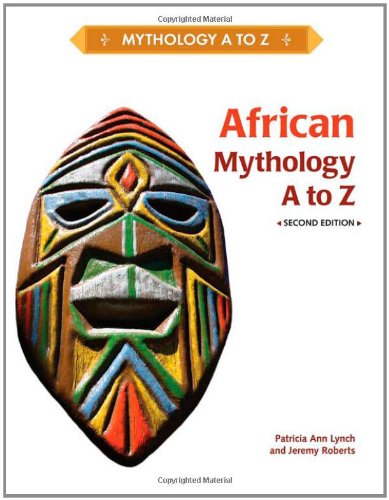 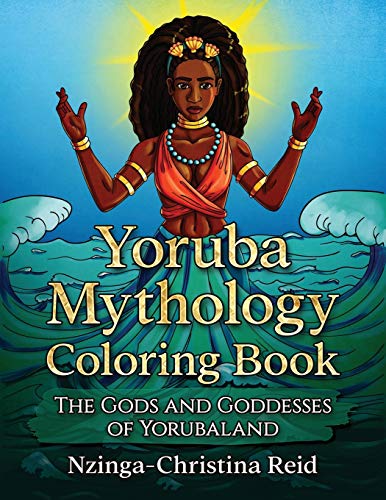 Written by Nobel Laureate for Peace, Nelson Mandela, this book is a carefully-curated selection of old African folktales.

Mandela’s hope was that future generations would read and cherish these stories, in doing so keeping them alive and a part of African culture. It includes many of the most pertinent myths from the African continent.

You’ll find creation myths, symbolic journeys, societal commentaries, underdog tales, and more, all expressed through the actions of mythological figures. This is a great book because it pieces together important myths from all corners of Africa rather than focusing on one particular area.

As one of Africa’s most influential individuals in the 20th century and a symbol of peace, Mandela is an excellent person to learn these stories from. He didn’t pen the tales included, but he served as an editor and compiled them.

Favorite African Folktales is the perfect fit for any reader looking to gain a wider appreciation for the tales and myths that underpin many African cultures. The book runs 240 pages long, is available in paperback format, and has a 4.8-star rating on Amazon with more than 250 reviews.

The Pros and Cons of Favorite African Folktales

Indaba My Children: African Folktales is the type of book that brings mythology out of the textbook and into the heart. The author, Vusamazulu Credo Mutwa, is from the province of Natal in South Africa.

His grandfather was a tribal historian, charged with remembering and transmitting their culture’s oral tradition. Vusamazulu intended to do the same, and this book is in the spirit of that preservation. It details the gods, his culture’s history, its symbolism, and the deep meaning associated with his culture’s myths.

You’ll be transported back to the creation of man and walk the path forward to the point when Europeans first land on South African shores. This book is not only a personal account, but it’s also a beautiful example of the way that myth, symbolism, history, culture, and tradition can be interwoven to produce meaning.

The book is 720 pages long, available in hardcover and paperback formats, and has a 4.8-star rating on Amazon.

The Pros and Cons of Indaba My Children: African Folktales

If you’re not one for non-fiction, Children of Blood and Bone is an excellent option. Flavored with West African mythology, this work of fiction offers a fresh and extremely engaging way to gain an appreciation for mythology.

Children of Blood and Bone is the winner of the 2018 Audiobook of the year. Available on Kindle, paperback, and Audiobook, this book is sure to spark anyone’s interest in African mythology. You might also find that you fall in love with Tomi Adeyemi’s writing style and perspective and explore her other novels.

Further, the protagonist is an incredibly strong and powerful female. The book deals with some modern societal issues through the lens of West African mythology, giving the reader a fresh perspective on myth and its impact in today’s world.

The Pros and Cons of Children of Blood and Bone

Tales of East Africa is a selection of 22 illustrated folktales from the regions of Tanzania, Uganda, and Kenya. The compilation consists of translations from the early 1900s and these renditions stand in contrast to the modern artwork placed alongside them.

The result is an engaging, unique blend of different perspectives that come together for each story. Readers will be introduced to a variety of characters from goddesses to trickster animals using wit and charm.

This is a perfect book for anyone looking to dive right into the stories themselves rather than learning about history and context. It’s available on Kindle and in hardcover format, has a 4.7-star rating on Amazon with hundreds of reviews, and runs a total of 176 pages.

While adults can definitely enjoy this book, the reading age is listed as 8 to 12 years old.

The Pros and Cons of Tales of East Africa

This is another book that focuses on West African Yoruba mythology. Specifically, the book dives into the idea of “orishas.”

These are immensely important spirits in the religions and mythologies of the region as well as the West African-based South and Central American cultures stemming from the African diaspora.

In any case, Yoruba Mythology: Definitive Guide to African Orisha Gods, Goddesses, and Fascinating Stories is an excellent resource on these figures.

The book also offers context for the Yoruba religion and how it’s evolved over time in the wake of different historical forces. It’s a quick read at just 54 pages, available on Kindle and paperback, and produced by Trident Books.

The Pros and Cons of Yoruba Mythology

African Mythology: Captivating Myths of Gods, Goddesses, and Legendary Creatures of Africa is a great text on some of the general themes and motifs found in African mythologies.

It’s also a good resource for understanding how these myths have spread through the world and developed over time. The book acknowledges that it’s impossible to pin down similarities across the myths of 3,000 unique cultures but still tries to find the essential trends for the reader to understand.

You’ll learn about heroes, tricksters, and much more. The book runs 3 hours long on Audiobook and is also available in paperback form with over 240 Amazon ratings averaging 4.5 stars.

The Pros and Cons of African Mythology: Captivating Myths of Gods

Best for Teens — African Mythology A to Z

African Mythology A to Z is a good jumping-off point for any teenager interested in learning about African mythology. While they won’t get a full appreciation of any one subject, they’ll have a solid grasp of the scope of African mythology and how diverse it can be.

Further, the alphabetical subjects in this book will give teens the ability to find cultures or mythologies in Africa that they might be interested to learn more about. The book offers color photographs and illustrations to support the text.

You’ll find African Mythology A to Z to fall somewhere between a light textbook and a coffee table book. It’s intended for readers aged 12 to 17, runs 149 pages long, and is available on Kindle or in library binding (meaning its spine is labeled for use in a library).

The Pros and Cons of African Mythology A to Z

Yorubaland is a cultural region in West Africa, encompassing Togo, Benin, and Nigeria. Yoruba Mythology Coloring Book: The Gods and Goddesses of Yorubaland details 20 of the mythological figures from that region and offers detailed information about them.

Although many of the figures in the book have changed and evolved through the centuries, the coloring book imagery is intended to help you appreciate the essence of what each figure might mean. If you’re unfamiliar with any West African mythology, this book will serve as a relaxing and enjoyable primer on the key myths of the region.

It’s a book that adults can enjoy just as much as children. It spans 24 pages, includes beautiful images, and is available on paperback only. It also has an excellent 4.6 rating on Amazon with over 200 reviews.

The Pros and Cons of Yoruba Mythology Coloring Book

How to Choose The Right Book on African Mythology

You might not know exactly where to start with the options above. The key thing is that you select a book you trust you’ll enjoy, rather than just choosing the one that seems the most informative.

If you’re not already sure you’ll be fascinated by this subject, just take a step in the direction you’re most confident you’ll love. For many, a good first book to choose will be Children of Blood and Bone, which is number 3 on our list.

This is a popular novel that’s written in a format that many readers will already be familiar with. It’s a real “page-turner,” and it also primes you on some of the key components of African mythology, generally.

Those who tend to fixate on the actual figures in mythology might benefit from a book like Yoruba Mythology (number 5) or A to Z: African Mythology (number 7). These books go into light detail on a wide array of mythological characters and subjects.

At the end of the day, though, folktales and myths are most commonly enjoyed in their least altered forms. That’s why we selected Favorite African Folktales as our top choice.

The book curates important African folktales and is written in a way that most readers will enjoy. It’s also a collection, so you can pick and choose the stories that you want to read at your own pace.