6 Oldest Rivers in the United States

Rivers are bodies of water with specific properties. For example, rivers are moving bodies of water that flow from one area to an outlet, usually into a larger body of water. They are not landlocked, but they are bound by their riverbanks. Most rivers are completely freshwater, but some have a high amount of salinity, especially those that have outlets in the sea or oceans.

The world is home to hundreds of major rivers and many more small ones. Even though some of these rivers are massive, they only account for 0.49% of all surface freshwater!

Determining the Age of the Oldest Rivers in the United States

How can we say with any certainty the age of the oldest rivers in the United States? The truth is that determining the ages of rivers requires educated guesswork instead of a specific form of measurement. Scientists look at geological disturbances that have taken place in the rivers’ areas over time.

They can determine with some certainty the era in which the river came into being according to the slow-moving geological processes at work. Since rivers often form in valleys between rivers, the river’s age can be deduced by examining the age of the mountain-forming events and other geological activity in the area.

As we look farther back in time, the certainty of the river’s specific age begins to wane. Humans don’t have a precise timeline for all these historical events. As you will see on this list, many of the estimated formation times vary by tens of millions of years for this reason.

Now that you know how scientists come up with the ages of a river, we can start to look at the oldest rivers in the United States.

The 6 Oldest Rivers in the United States

The Ohio River is believed to have formed somewhere between 2.5 and 3 million years ago. The cause of this river’s formation was the damming of the Teays River by the Laurentide Ice Sheet. The river water from the Teays River could no longer reach its outflow, so it began to drain to the south and eventually formed this river.

The Ohio River’s outflow is the Mississippi River, another vast river network in the United States.

The Columbia River is between 6 and 17 million years old, and it flows from parts of Canada through the state of Washington and then some of Oregon before reaching its outlet in the Pacific Ocean. The Columbia River was formed through significant volcanic activity that impacted the Pacific Northwest.

Eventually, the Columbia Plateau was altered to such a great extent that the Columbia River took on its present course.

The Colorado River is one of the largest rivers in the United States and the fourth oldest. This river is most famous for running through the Grand Canyon, and it was formed during the Laramide orogeny, the same event that created the Rocky Mountains. Another great landmark along the Colorado river, albeit manmade, is the Hoover Dam in Nevada. It was built in 1931 not only to supply power, but also to prevent flooding in the Southwest caused by the river.

Fortunately, the geological transformations in the area left a great deal of evidence as to the era in which they were created. As a result, the age of this river is somewhat more fixed than others. The Colorado River is also comparable in age to the Nile River in Egypt and the Murrumbidgee River in Australia.

The Susquehanna River is roughly the same age as the New River, somewhere between 260 and 325 million years old. This river was formed during the same geological event that made the French Broad River and the New River.

The Susquehanna River is a very long river. Eventually, it lets out into the Chesapeake Bay after traveling through New York, Pennsylvania, and Maryland.

The New River is the oldest river in the United States. However, as you can see from the top three oldest rivers in the country, the New River could very well be older or newer than the Susquehanna River and the French Broad River.

Nevertheless, most experts agree that the New River is the oldest in the nation, and it was developed during the Alleghenian orogeny. That puts the river at somewhere between 260 million years of age and 325 million years of age. This is a very old river, and it’s believed to be the third oldest river in the world.

The United States is home to many large river systems and several old ones, too. The geology in this part of the world is noteworthy and often beautiful. Now that we know some of the oldest lakes in the United States, we can see that the rivers run the gamut in age. From 325 million years to less than 3 million years, this area has rivers of all ages!

Summary of the 6 Oldest Rivers in the United States

To recap, here are the 6 oldest rivers in the US and their ages:

Keep reading! We think you’ll like these other pages about rivers. 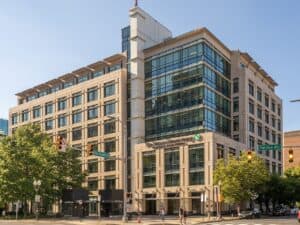