You won’t find pinworms rooting around in your garden. They won’t be in your cat’s litter box either. But pinworms are the most common intestinal worms in the United States. When you think about pinworms as other animals, they have to have a preferred habitat, and the intestines of humans are the preferred habitat for pinworms. But are pinworms dangerous?

Pinworms are very tiny white worms that live in the intestines of humans. They are typically ¼ to ½ inch long and very thin with a pointed end (like a pin). Since the females lay thousands of eggs, they are likely found in large groups.

Can you see pinworms?

Pinworms are visible to the naked eye, but because they live in people’s intestines, it is not common to actually see them. They are described as “thread-like” and can be seen during an exam with a flashlight, for example.

What are the symptoms of pinworms?

How do you get pinworms?

You can get pinworms by swallowing the eggs. The lifecycle of the pinworm works like this; the pinworms live in human intestines (they are parasites). At night, the female pinworms make their way to the anus, where they lay their eggs, thousands of them, in the skin folds around the anus. This can be itchy, so humans can scratch that area, and the eggs end up under their fingernails. If the human doesn’t wash their hands and tries to get a popcorn hull out of their teeth or bite their nails, the eggs are swallowed, and the cycle repeats itself.

Can you get pinworms from touching items or surfaces?

Yes, you can get pinworms from touching infected items. The microscopic eggs can be transferred into food or drinks. You can also pick them up by touching items like bedding, toys, or toilet seats and then putting your hands in your mouth. That is why handwashing is so important!

Who can get pinworms?

Anyone can get pinworms, but they are most common in school-age children and preschoolers. This age group is in close contact with other children, which is commonly how it is spread. Individuals who are institutionalized are at a higher risk of getting pinworms as well, for the same reason of having close contact with a larger group.

How can you get rid of pinworms?

If you suspect that you or your child has pinworms, you should visit your doctor. They will prescribe a medication that you can take to kill off the worms. The medication is given in two separate doses, two weeks apart. During this time, it is important to practice very careful hygiene to avoid reinfection. Everyone in the family and any close caregivers should all take the medication to ensure that the pinworms are destroyed.

How long does it take to get rid of pinworms?

It can take several weeks to get rid of pinworms. It may only take a few days to relieve symptoms if you have any, but it takes several weeks to be sure that all of the pinworms and their eggs have been eliminated.

How can you prevent pinworms?

The best ways to prevent pinworms from spreading are:

Can you get pinworms from your pets?

No, pets don’t have pinworms. Humans are one of the only hosts that pinworms can live in. So you cannot get pinworm from your dog or your pet. Pinworms are not in the litter box or in dog poo.

Can you get pinworms from swimming pools?

No, pinworms are not commonly spread through swimming pools.

Can a person get reinfected with pinworms?

Yes, a person can get reinfected with pinworms. Children in a child care facility, for example, could get reinfected if multiple children had pinworms and not everyone took the medication to get rid of them. The cycle can continue until all of the worms and eggs are destroyed.

How long do pinworms live?

Pinworms can live for 13 weeks, but the life cycle can be repeated if the eggs are reingested. Surprisingly, pinworm eggs can live on items and surfaces for 2-3 weeks! That is why during the treatment phase, it is important to deep clean everything that may have come in contact with the infected person.

Are some people immune to pinworms?

Recent research has found that some people have a mucus-making protein in their gut that helps them expel parasitic worms and therefore are immune to intestinal worms like pinworms. The research was done on mice, and they found that “for the first time, we identify a single mucin, Muc5ac, as a direct and critical mediator of resistance during intestinal nematode infection.” Essentially, the mice that had Muc5ac were able to get rid of the worms, and the mice that did not have Muc5ac were not.

How do you know if you have gotten rid of pinworms?

You can do a “tape test” to see if you have pinworms and to see if you have gotten rid of them. Your doctor will give you a special piece of tape to take a sample from the anal area first thing in the morning to check for the presence of worms or eggs. Most doctors recommend doing this three consecutive days in a row. Doctors can also take samples from fingernails to see if there is a presence of eggs. So although pinworms are not that dangerous, finding out you have gotten rid of them is a big relief! 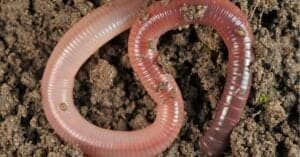 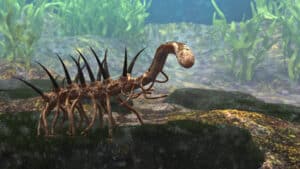 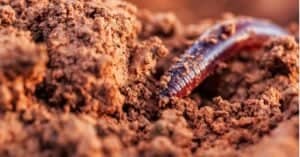 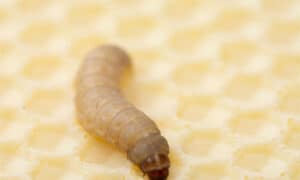 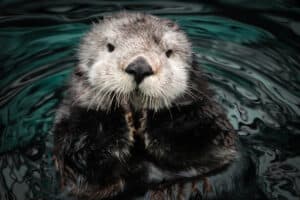