Known as “The Last Fairyland in the World,” there is something utterly beautiful and awe-inspiring about the world’s deepest canyon. The Yarlung Tsangpo Grand Canyon of Tibet can boast a depth 3x deeper than the United States’ Grand Canyon.

The area it is located in is quite remote, sunk into the Qinghai-Tibet plateau. This is also home to Mount Everest, the tallest mountain in the world. The river flowing through this canyon is called the “Mount Everest of Rivers” and is difficult to reach. This is why the Western world didn’t reach it until the year 1913.

The beauty of this hidden fairyland is untold, as so few had laid eyes on it until recent years. The ecosystems within the gorge range from arctic to tropical. Its no wonder, the canyon carves from the highest mountain point to the canyon depths.

The Tsangpo Canyon and the ecosystems within inspired the idea of Shangri-la in James Hilton’s book Lost Horizon. Picture the stark beauty of sub-tropical forests growing above 3280 feet out of the side of a mighty mountain. That forest and its inhabitants alone seem magical, but there is more to see.

How Deep is the Yarlung Tsangpo Grand Canyon?

At a depth of 19,714 feet, the Yarlung Tsangpo Grand Canyon is the deepest canyon on land. It creeps into the depths of the earth’s crust, creating a hauntingly beautiful landscape most eyes are never privy to.

Various elevations exist within the canyon, as it starts in a high territory before whittling its way through the rock. Forming over many generations, as the river itself flowed, the canyon continues to deepen over 2.5 million years. The river deposits sediment and the canyon grows.

Due to the nature of this canyon, being so unexplored and untouched by human interference, there is a unique and exotic blend of nature. There are animals and plants remaining undiscovered, along with variations in elevation and temperature making no corner like the others.

How Was the Yarlung Tsangpo Grand Canyon Formed?

The river is often referred to as the Yarlung Tsangpo River, but its actual name is the Brahmaputra River. Millions of years ago, the river began its journey through the mountains from India and Tibet, depositing sediment as it traveled.

As the sediment built up and the river deepened, the canyon grew. The pressure of the water pushes sediment outward or downward. It’s not just rivers that create these master architectures, but also the movement of tectonic plates, natural erosion, and weather.

Tectonic plates are solid rock that hold up what we call our continents. They used to be all connected but over time cracked and drifted apart. As they shift, the push against or apart from one another, creating things like mountains and canyons. It makes sense the deepest canyon in the world is among the tallest peaks.

There are waterfalls that have formed through the path of the river, including the aptly named “Rainbow Falls” that is not as big as hoped by the initial explorer who discovered it.

There are all sorts of trees managing to grow in the canyon, often called the “five color forests”. The trees have this name because they are emerald green and jade green, then change through the seasons to add yellow, orange, and red to the mix, making them a myriad of colors.

The picture woven of the Yarlung Tsangpo Grand Canyon is one of lush greenery, chiseled rock, and a racing river through which only the foolhardy would travel. This canyon is one that marks the record books in depth, and makes its way as far as possible into the earth.

Exploring the “Everest of Rivers”

Scott Lindgren, a filmmaker, led an expedition in 2002. They were the first group to kayak through the river within the canyon successfully, taking 45 days to do so as a group of 93 adventurers followed on land to provide food and supplies as the team made headway. Two previous expeditions ended in disaster.

Preparing to trek through this unmapped river requires hours long review of satellite images to get an idea of what they were facing. This is not an expedition for the faint of heart, for sure.

The “Thunder of Creation” water rapids create quite a roar of noise. The river is difficult to kayak. Those who do, constantly fight against the rapids and threats of their boat overturning.

Before taking on this task, the intrepid explorers made a visit to a local monastery in Lhasa, Tibet. Here, they ask for prayer over their journey until they return. They chose to traverse the river during the winter when the waters were at their lowest point rather than when it would not be as cold.

The Yarlung Tsangpo River has ten times the force of the Colorado River. The kayakers were like ants in the face of a mountain as they fought constant white water rapids to stay upright and move forward.

At calm points through the film you can see the sheer cliffs that make up the Yarlung Tsangpo, the highest river in the world which flows along the Yarlung Tsangpo Grand Canyon. The kayakers also ended up paddling into and out of small crevices and caves, manuevering through incredibly tough terrain.

At times they carry their kayaks on their backs, climbing ever higher in attempts to access the next part of the river.

Finding yourself in “The Last Fairyland in the World,” means that you have decided seeing the beauty unfold before you is more important than the risks to your life. No irony lost on the idea that the deepest and highest parts of the world exist in such an inaccessible location.

How deep is the Yarlung Tsangpo Grand Canyon?

At a depth of 19,714 feet, the Yarlung Tsangpo Grand Canyon is the deepest canyon on land.

Have there been expeditions into the Yarlung Tsangpo Grand Canyon?

Scott Lindgren, a filmmaker, led an expedition in 2002. They were the first group to kayak through the river within the canyon successfully, taking 45 days to do so as a group of 93 adventurers followed on land to provide food and supplies as the team made headway. Two previous expeditions ended in disaster. 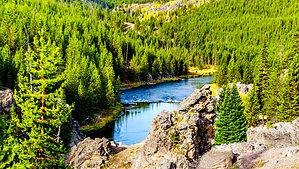 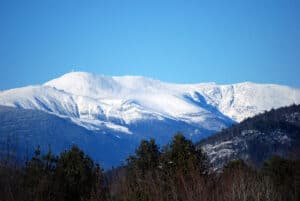