Formosa is the Portuguese term for the island of Taiwan 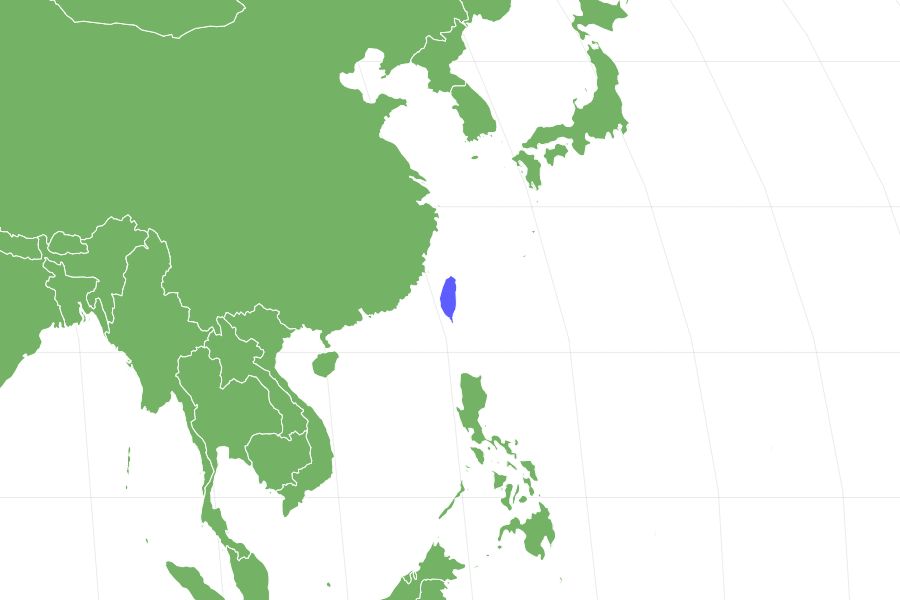 Formosan Mountain Dog as a Pet:

View all of our Formosan Mountain Dog pictures in the gallery.

View all of the Formosan Mountain Dog images!

The Formosan Mountain Dog, also known simply as the Taiwan Dog, is an ancient, “primitive” breed. Many facts about its origins are still unknown, but it possibly descended thousands of years ago from South Asian hunting dogs. It has historically played many different roles as a hunter, a guard dog, a rescue dog, and a companion. While this breed was probably a semi-wild dog, roaming as it wished around the Taiwanese countryside, it would often accompany its owners on hunts for boar and other game while providing protection and security.

In the 1970s, attempts were made to formalize it into a definitive breed. This proved to be a difficult task given how much it had already mixed with German Shepherds and other types of dogs following the Japanese occupation in World War II. Many modern dogs still share this mixed ancestry. As of 2017, the American Kennel Club has accepted this breed into its Foundation Stock Service, which nurtures and provides support for this breed so it may eventually achieve full recognition.

The Formosan Mountain Dog is sometimes classified with other primitive breeds, but it’s unique in several respects. It is characterized by an athletic body, a slim waist, a big chest, a triangular face and ears, and a thin, curved tail that can reach over the back. The smooth and oily coat usually comes in a mix of black, white, yellow-brown, or brindle. The tongue is also apparently spotted.

3 pros and cons of owning a Formosan Mountain Dog

The Formosan Mountain Dog is a medium-sized breed in both weight and shoulder height. Males and females are very similar in size.

The Formosan Mountain Dog is a very healthy breed with a typical lifespan of 10 to 13 years. They suffer from few health issues besides cancer, cataracts, and progressive retinal atrophy. They can also suffer from a developmental disorder called dysplasia in which the elbow or hip joint can become displaced from its socket. To improve your dog’s quality of life, finding the right breeder is crucial. All dogs should be certified by specialists that they’re free of eye and joint problems. Regular appointments at the vet are also important to catch health issues early. In summation, these are the most common health problems with this breed:

Health and Entertainment for your Formosan Mountain Dog

The Formosan Mountain Dog has the eager personality of a hunter or guard dog. It is very physical, high-energy, fearless, and exuberant when it has a task to do. It is super affectionate and loyal around family members and tends to bond very strongly with a single person. However, this breed is also very protective of its family and might not tolerate the presence of strangers.

Keenly alert and aware of its surroundings, the dog tends to bark loudly as a warning when a stranger approaches the home. If it becomes particularly aggressive, then it can do a little nipping or biting. Fortunately, with enough early training and socialization, this breed can be taught to remain comfortable and calm in the presence of other people. This breed will also need frequent activity to satisfy its mental and physical needs, or else it might engage in destructive behavior. It loves many activities, including games, exercise, hiking, fetching, and swim time.

How to Take Care of the Formosan Mountain Dog

While the Formosan Mountain Dog is in many respects easy to care for, this breed will probably require the guidance of an experienced dog owner to help navigate it through the training process. If you don’t know what you’re doing, then this breed may develop some bad behaviors and habits. The dog can adapt reasonably well to apartment living, but it does need plenty of space nearby to exercise.

This dog will need a few cups of high-quality dog food per day; the amount ultimately depends on its size and energy requirements. Owners should carefully watch their weight and try to limit its calories as necessary to prevent obesity.

The Formosan Mountain Dog, fortunately, doesn’t do too much shedding. It should require minimal grooming outside of weekly brushing and the occasional bath to remove loose hair, dirt, and debris. Other aspects of its care will require a little more time. The nails will need to be trimmed regularly, perhaps once a month, with a clipper or grinder to prevent cracking and splitting. The ears should be checked as well for signs of infection or obstructions. The teeth will need to be brushed often with a suitable plan approved by your vet.

Intelligent and eager to learn, the Formosan Mountain Dog is a highly trainable breed that thrives best when it’s treated as an equal partner by its owner. Commands need to be clear, consistent, and firm but don’t press too hard or treat them harshly. Positive reinforcement methods work well.

The Formosan Mountain Dog will probably require at least an hour of exercise every day. It should be taken on walks several times a day and spend at least some time running free in a backyard, preferably with a fence around it. This breed particularly enjoys new activities and games, including hide-and-seek, fetching, tricks, swim time, hiking, and catch.

Early training and socialization are an absolute necessity to mold your puppy into a well-behaved adult. A poorly trained member of this breed can become fearful and aggressive when it’s presented with new situations. This can sometimes result in unwanted nipping or biting. Classes, daycare, and other socialization opportunities are highly recommended to teach your puppy proper manners around unfamiliar faces.

Crate training also works well to reduce housebreaking and behavioral issues. Once your puppy is acclimated to its new home, the crate should serve as a safe space throughout the dog’s entire life.

The Formosan Mountain Dog and Children

The Formosan Mountain Dog should get along fairly well with children of all ages, especially if they’re raised together in the same home from an early age. However, it does best with older children who know how to properly handle and care for a sensitive dog. You should teach your children proper etiquette when approaching a dog and supervise all interactions with younger children. Nipping should not be tolerated and fortunately doesn’t occur with a well-trained dog.

Unfortunately, there aren’t too many famous examples of the Formosan Mountain Dog. It is not very well-known outside of its native country.

If you’re still struggling to come up with a good name, then you should consider one of the following:

What is a Formosan Mountain Dog?

The Formosan Mountain Dog, also known as the Taiwan Dog, is an ancient working breed from Taiwan. Although some facts about its origins are shrouded in mystery, this breed has historically played many roles as a hunter, guardian, rescue dog, and companion. Its temperament is energetic, versatile, and hard-working; it’s shy and reserved around strangers but affectionate and loyal toward family. This is a very healthy breed with a typical lifespan of nine to 13 years. Keep in mind that modern versions of this dog, especially outside of its native Taiwan, may have some mixed ancestry.

How can I find a Formosan Mountain Dog?

Your best bet is to get in touch with a registered breeder through the American Kennel Club or the Taiwan Dog Club of America. Some rescues may also take in this breed as well. Make sure they have all the proper paperwork and health records in order first.

This breed is quite affectionate and loyal toward members of its family. However, it does better with adults and older children than younger kids. That doesn’t mean it behaves badly around younger children, but bonding isn’t a sure thing either.

This breed will do a fair amount of shedding. However, it’s easily cleaned up with weekly brushing.

How big is a Formosan Mountain Dog?

This breed will usually grow between 17 and 20 inches at the shoulders.

How much should a Formosan Mountain Dog weigh?

The accepted weight for this breed is normally between 26 and 40 pounds. If your adult dog weighs less, it could be a sign of a problem.

While individual reactions will always vary, this breed is not considered to be hypoallergenic. Allergy sufferers should be wary.

This breed can become a little aggressive if it feels annoyed or distressed. That is why early socialization and training are absolutely essential. With enough practice, it is possible to minimize its fear of strangers and possibly even eliminate all aggression.