The Leopard is a medium-sized wildcat that is natively found in a variety of different habitats across sub-Saharan Africa and southern Asia. A member of the “Big Cat” family, the Leopard is an agile and opportunistic hunter that has been able to exploit habitats unused by other large felines as it spends a great deal of its time high in the tree branches. There are seven different sub-species of Leopard which differ in their appearance and geographic location, with the African Leopard being the most common and widespread and the others being the rare Amur Leopard, the Anatolian Leopard, the Barbary Leopard, the Sinai Leopard, the South Arabian Leopard and the Zanzibar Leopard. Although the African Leopard populations are stable throughout much of their natural range, the story is different for the remaining sub-species that are often isolated and critically at risk (the Zanzibar Leopard is actually now thought to be extinct).

The Leopard has a long and slender body that is supported by short, stocky legs and a long tail that is used to aid balance whilst in the trees. Leopards can vary greatly in their colouration and markings depending on their surrounding habitat, with those found on open grasslands having a light yellow background coat where those that are found in forests tend to be darker in colour and with more markings. The dark, ring-like patterns that cover the Leopard’s coat are called rosettes, but these turn to solid spots on the face and limbs (and rings on the tail) and provide the Leopard with camouflage into the surrounding environment. Leopards are incredibly strong and muscular and are able to pull themselves up trees using their legs and retractable claws. Like a number of other large feline species, the Leopard is able to draw their claws into folds of skin on their paws to ensure that they are not blunted whilst the animal is walking about. Their keen hearing and sight coupled with their long and very sensitive whiskers, means that Leopards are also incredibly well adapted for hunting under the cover of night.

Leopards are not only the widest ranging of all Big Cats but are actually one of the most adaptable and are found in a variety of different habitats. Commonly found throughout sub-Saharan Africa and southern Asia, there are also small and isolated populations of Leopard inhabiting remote geographic locations in the Far East, Northern Africa and Arabia. The Leopard can be found inhabiting numerous different areas providing that there is a good source of cover and an ample supply of food including tropical rainforests, tree-lined savannah, barren deserts and mountain highlands. One of the reasons why they are thought to be still surviving successfully throughout much of their natural range is that Leopards have adapted to the growing presence of people and are known to both live and hunt in areas close to urban activity. However, in some parts of their natural range populations are threatened by loss of their natural habitats to both deforestation and growing settlements.

The Leopard is a solitary and nocturnal hunter that hunts both on the ground and in the trees. They are excellent climbers and spend the vast majority of the daytime hours resting in the shade of the branches in the trees or under a sheltered rock. They are quite unique amongst large felines as Leopards rely heavily on being able to get close enough to their prey before ambushing it, rather than expelling vast amounts of energy in a high-speed chase. Once caught and killed, the prey is then dragged to safety either into dense vegetation a couple of hundred meters away or up a tree trunk and into the branches. Leopards are highly solitary animals that mark their territory using scent markings and by producing rough, rasping calls that are said to sound like the sawing through coarse wood. Home range sizes vary depending on the habitat and the food available but those of male Leopards are significantly larger than those of their female counterparts, which often overlap the ranges of a number of both males and other females (sometimes by up to 40%).

Throughout their natural range, Leopards have no distinctive breeding season with females instead being able to reproduce every couple of months. After a gestation period that lasts for around three months, the female Leopard gives birth to between 2 and 6 cubs that are born blind and weigh just half a kilo. Leopard cubs are incredibly vulnerable in the wild and so remain hidden in dense vegetation until they are able to follow their mother around at between 6 and 8 weeks of age, camouflaged by their dark, woolly fur and blurry spots. Weaned at around three months old, Leopard cubs will remain with their mother for another 18 months until she is ready to mate again and encourages her young to independently establish their own territories. Although male Leopards are almost entirely solitary except when mating, female Leopards may not stray too far from their mother and often establish a home range that overlaps hers. Leopards tend to live for between ten and fifteen years in the wild, depending on the habitat and the food supply available.

The Leopard is a silent and opportunistic hunter that only hunts and kills other animals in order to survive. The Leopards primarily hunts medium sized mammals such as Deer and Warthogs, that are often ambushed from the branches above or dense vegetation just meters away. The Leopard however, also eats a wide variety of small prey including birds, reptiles and rodents even hunting Dung Beetles when larger animals are scarce. By eating much smaller (and a wider variety) of prey Leopards are able to avoid intense competition for food from other large carnivores like Tigers and Hyenas, with which they share parts of their natural range. They are also very stealthy creatures that drag their kill into dense vegetation or up into the trees for safety from scavengers close-by. Leopards are incredibly strong and are capable of taking prey much heavier than themselves such as Antelopes, which are then remarkably hauled into the safety of the branches to either be eaten immediately or cached (saved for later).

Due to the fact that the Leopard is a stealthy and apex predator throughout its natural environment, generally the biggest threat to adult Leopards is other Leopards, along with the occasional Lion or Tiger that can get close enough. Young Leopard cubs however, are much more vulnerable and the fact that they have numerous natural predators leads them to remain hidden in dense vegetation for their first couple of months. Although, it is during the times when their mother is off hunting that Leopard cubs are most at threat from Hyenas, Jackals, Lions, Tigers, Snakes and Birds of Prey. Despite their adaptability to differing surroundings, Leopard populations in parts of their natural range are declining due to both habitat loss to the timber industry and agriculture, and hunting by Humans as trophies and for their meat and fur.

Originally thought to be a hybrid of the Lion and the Jaguar, the Leopard has been the subject of much genetic confusion and wasn’t really distinguished properly until just over 100 years ago. Some of the confusion is thought to come from the Black Panther which is a Leopard that has a completely black coat of fur, with occasional faint markings. Known as melanism, the genetic mutation that causes large amounts of a dark pigment to occur in the skin and fur is exhibited by a number of mammalian species. Black Panthers tend to occur most in dense forests with larger populations being found in southern Asia than in Africa, and are born into a litter that also contains yellow cubs. Black Panthers are actually fairly common and amazingly enough, it is thought that up to 50% of the Leopards found inhabiting the thick, tropical rainforests of the Malay Peninsula are black.

Since big game hunting took off in Africa, the Leopard has been one of the most sought-after animals for hunters to kill. Part of the African “Big Five” which are the most desirable animals for sports hunters, Leopards in some areas particularly have been severely affected by trophy hunting. In many places Leopards are also often persecuted by local people who kill them for their meat and fur, and also because they are seen as pests to farms and livestock due to their lack of fear of people (although they are very seldom seen). However, recent booms in the tourist industry in Africa has meant that more and more people are paying for the privilege to see one of these majestic animals in the wild, bringing money into local communities. This leads to Leopards being more protected by local people rather than persecuted, as Leopards are providing an important and new-found source of a good income for the local people.

Today, the Leopard is listed by the IUCN as being an animal that is Near Threatened in its natural environment as populations are stable throughout much of its vast natural range. A number of Leopard sub-species however, are considered to be either Endangered or Critically Endangered in their native habitats and one is thought to now be extinct. This is thought to be due to the fact that these populations are either small or geographically isolated and are severely affected by local hunting and habitat loss. In a number of African countries however, Leopards are still legally hunted as trophies by sports hunters with annual quotas allocated by CITES (The Convention on International Trade in Endangered Species).

View all 22 animals that start with L

Click through all of our Leopard images in the gallery. 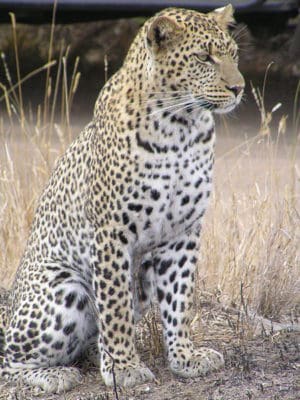 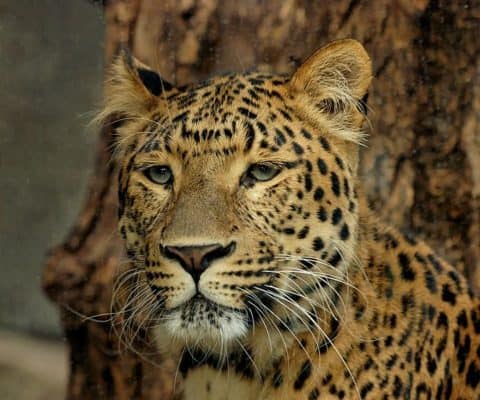 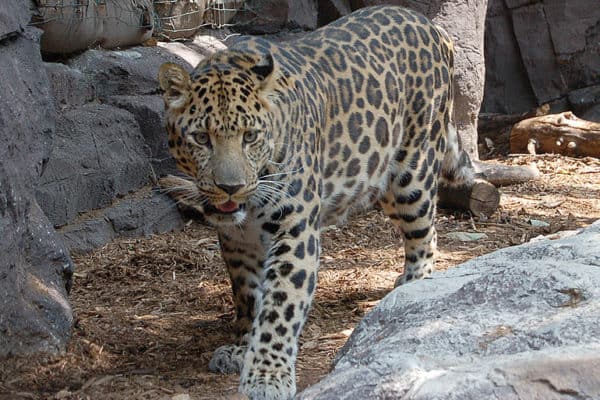 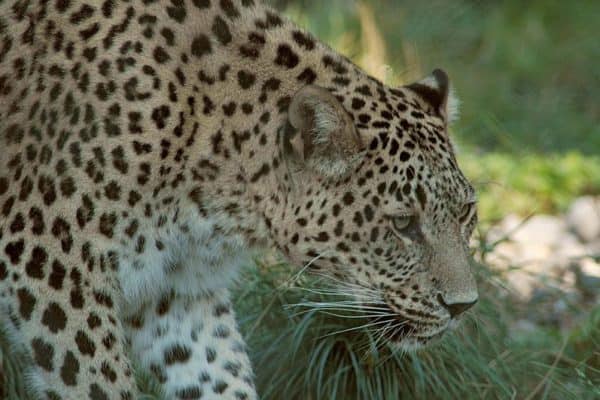 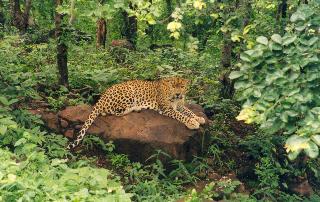 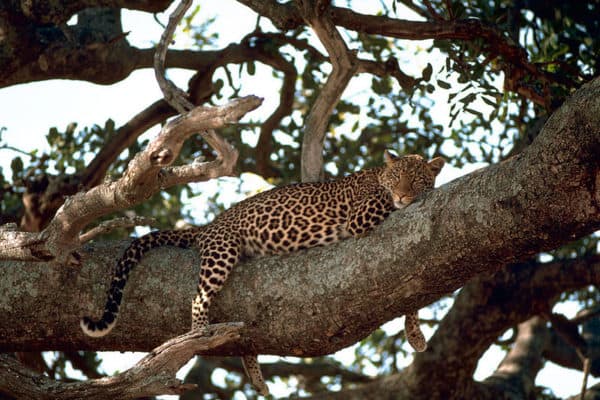 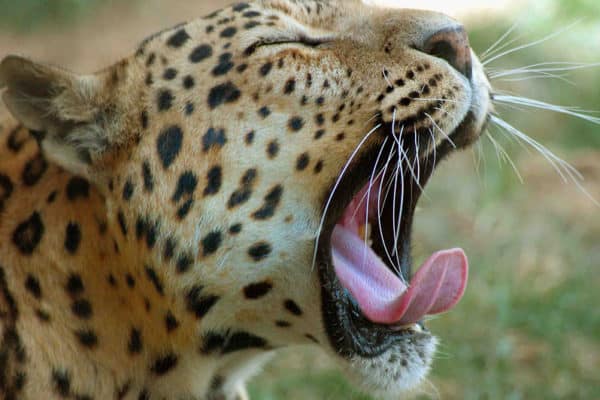 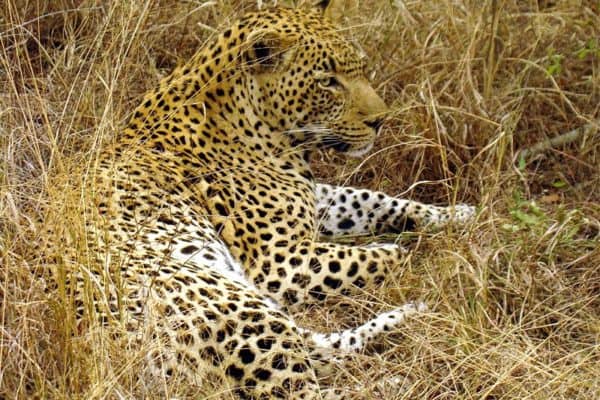 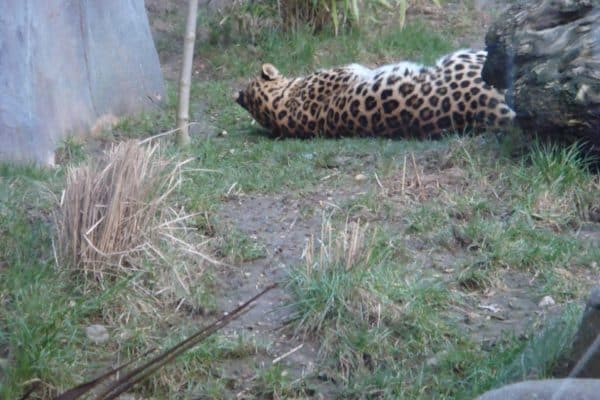 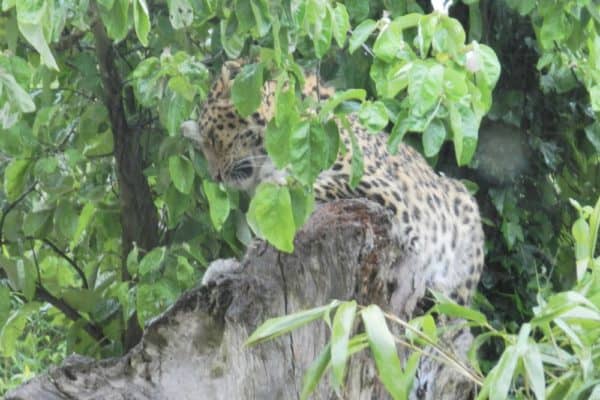 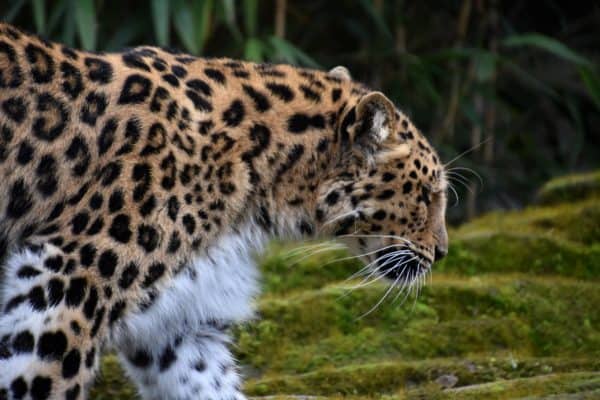 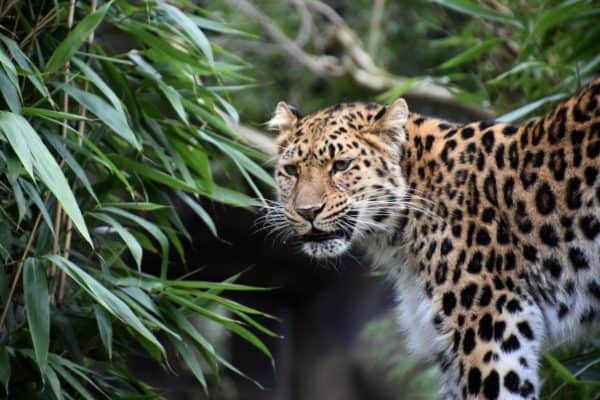 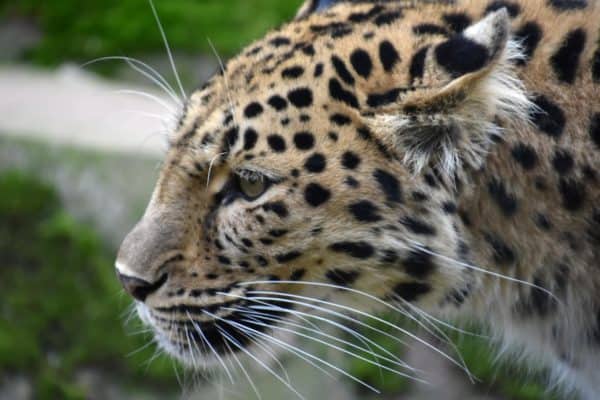 View all of the Leopard images!

Are Leopards herbivores, carnivores, or omnivores?

Leopards are Carnivores, meaning they eat other animals.

What Kingdom do Leopards belong to?

Leopards belong to the Kingdom Animalia.

What phylum do Leopards belong to?

Leopards belong to the phylum Chordata.

What class do Leopards belong to?

Leopards belong to the class Mammalia.

What family do Leopards belong to?

Leopards belong to the family Felidae.

What order do Leopards belong to?

Leopards belong to the order Carnivora.

What genus do Leopards belong to?

Leopards belong to the genus Panthera.

What type of covering do Leopards have?

Leopards are covered in Fur.

Where do Leopards live?

In what type of habitat do Leopards live?

What are some predators of Leopards?

Predators of Leopards include tigers, lions, and humans.

How many babies do Leopards have?

The average number of babies a Leopard has is 3.

What is an interesting fact about Leopards?

Leopards spend much of their time high in the trees!

What is the scientific name for the Leopard?

The scientific name for the Leopard is Panthera pardus.