It’s not really surprising that dogs get smelly feet! After all, they are attracted to what we consider disgusting smells and like to roll around in them. They spend a lot of time tramping through the undergrowth and may even have to pick their way through garbage on the sidewalk. But there is one smell that puzzles owners more than any other and that is the unmistakable odor of corn chips. So, why do dogs smell like Fritos?

Dogs’ Frito feet odor is caused by bacteria and yeast (fungi) that thrive in between your dog’s paw pads. Two types of bacteria, in particular proteus and pseudomonas, produce a volatile chemical that has a salty/yeasty odor.

Let’s look a little closer at why this happens and whether you should be concerned about it.

Let’s start by explaining what it is about your dog’s paws that makes them particularly prone to getting quite smelly.

Dogs’ paws are a lot more complicated than you may realize and consist of several parts. There are claws right at the end which are broadly equivalent to our nails. They have an extra dew claw which is found further back and on the inside of the foot. Next are the toes which correspond to the four smaller front pads – these are called the digital pads. Behind these comes a single larger pad called the metacarpal pad. Finally, the carpal pad is found at the back of the foot near to what we consider to be the ‘ankle joint’. Some breeds such as the Newfoundland and the Dachshund have webbing which makes their feet even more complex.

Dogs actually walk on their tiptoes! All of these parts create plenty of nooks and crannies where debris, dirt, bacteria, and yeasts can get stuck and create odors. 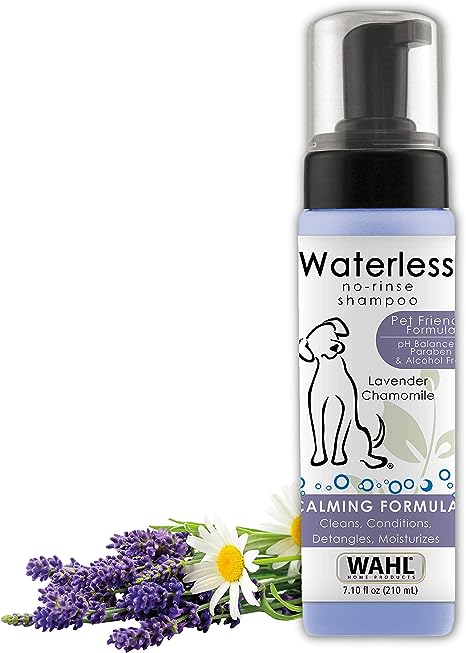 Dogs Have Spongey Pads to Walk On

Dogs have spongey pads at the bottom of their paws. These protect the delicate structure of the foot from damage and allow wild dogs to travel long distances over rough ground. They also act as shock absorbers and therefore give some protection to joints. You may have noticed that your dog trots along the frosty ground and through cold puddles without seeming to notice. This is because the paw pads also act as insulators.

However, to give a dog’s foot flexibility, there are several paw pads instead of one. This means that there are spaces in-between the pads that are warm and moist and an ideal environment for an overgrowth of bacteria and yeast.

Dogs seem to be attracted to stinky things. We may think that a decaying carcass or fox poo smells horrendous, but dogs are attracted to this sort of thing! It may date back to their scavenger lifestyle as wild dogs.

They also like to roll in smelly things and will have no problem stepping in them. This can lead to smelly feet!

Dogs Sweat Through Their Paws

Dogs do not have sweat glands on many parts of their body. They rely on panting to cool them down instead. However, they do have sweat glands on their paws. They have Merocrine sweat glands which produce sweat in a similar way to humans. You may have noticed that your dog leaves wet footprints behind on a hot day – this is sweat. The paws also contain Apocrine glands which produce chemical messengers called pheromones. This is why your dog may kick the ground after pooping – they are scenting the area.

Both types of sweat are moist and contain nutrients that bacteria and yeasts can live on. This is another reason why you find a lot of micro-organisms around a dog’s feet. So, now we understand that there are lots of things about dogs’ feet that attract bacteria and yeasts. This means that they grow to quite high numbers – it is sometimes called an over-growth. These micro-organisms release chemicals into the air as they grow and we detect the volatile chemicals as odors.

The name of one of the bacteria is pseudomonas and it has a smell that many people think is similar to corn chips. Although other people describe it as “like grapes.” Another bacterial species that likes to live on dogs’ paws is proteus and it can also produce a salty, Frito smell. There may also be some yeasts growing at the same time which have a kind of fermenting smell.

The combination of all these bacteria and yeasts and the chemicals that they produce results in – Frito feet!

Should You Worry About Frito Feet?

Most of the time, there is no need to worry if your dog’s feet smell like Fritos. The presence of bacteria is not the same thing as having an infection. The bacteria are not inside the body but are living on the surface. However, there are some occasions where you should be more concerned. So, if your dog has Frito feet, have a good look at their paws to check that everything looks normal. Warning signs include changes in color or texture, bleeding, and discharge.

Here are some things to look out for:

All of the above conditions should be checked out by your vet. What Can You Do About Dog Feet Smell?

You don’t have to do anything!  Most of the time Frito feet are perfectly healthy. However, if you feel that it is an issue that you want to keep on top of, here are some ideas. It is not possible to get rid of the bacteria that cause Frito feet entirely. However, you can stop them from growing to large numbers. Here are our top hacks:

What are home remedies for Frito feet?

You can prepare a natural foot bath for your dog to help with Frito feet. Simply mix one gallon of water with one cup of cider vinegar and let their paws soak for five minutes. Thoroughly dry their paws afterward with a soft towel.

What if the Frito smell is not on my dog’s feet?

Other parts of a dog’s body can have a corn chips odor. The bacteria that produce the smell can also be found in a dog’s ears and skin wrinkles. Sometimes, this indicates that there is an infection so it is best to get it checked out by a vet.