Written by Jennifer Gaeng
Published: November 14, 2022
© iStock.com/karzhanez
Share this post on:
More Great Content:
Is Hibiscus a Perennial or Annual?
Rose Of Sharon vs. Hardy Hibiscus
7 Extinct Trees
Are Mushrooms & Other Fungus Plants?
The 5 Best Annual Flowers For Zone…
Are There Any Plants That REALLY Keep…

The zucchini is an herbaceous vine-growing plant also known as Cucurbita pepo, the baby marrow, or the courgette. A zucchini is also a type of squash. Although zucchini was created in Milan towards the end of the 19th century, squash was first domesticated about 7,000 years ago in Mesoamerica. Although the typical zucchini may come in any shade of green, the golden zucchini is a vibrant yellow or orange, similar to the butternut squash. While they are normally picked when they are around 6 to 10 inches long, they can reach at least 3 ft in length when completely mature.

Since the zucchini contains seeds and grows on the part of the plant that flowers, it is classified as a fruit in botany. All squash cultivars have seeds, which are created from plant blooms. In fact, squash can even grow “squash blossoms,” which are edible blooms. So, all types of squash, including zucchini, are considered fruits! Nevertheless, it is still widely regarded as and treated like a vegetable, particularly in the culinary world.

You’ll discover that various fruits and vegetables are viewed differently from the culinary and botanical perspectives. The botanical, scientific viewpoint is more technically sound.

A Zucchini Is Actually a Large Berry!

In reality, zucchini is a young fruit that is picked before it reaches full maturity. It is classified as a huge berry with numerous seeds in botany. The part of a plant that grows from a single flower with a single ovary is called a berry. They are fleshy and frequently have several seeds. A berry’s seeds and pulp, which is officially referred to as “pericarp,” grow from a flower’s ovary. The enlarged ovary of the zucchini flower and its hardened outer covering are the reasons why the fruit of the zucchini is regarded as a berry.

In addition to zucchini, there are other fruits that are mistaken for vegetables. Even though a tomato is actually a fruit, its designation as a vegetable has given rise to many contentious arguments!

Wait…in the Culinary World, Zucchini Is a Vegetable!

The young fruits of zucchini are frequently served as vegetables and are widely accessible in shops and backyard gardens. That is correct! Science may classify zucchini as a fruit, but in the realm of cookery, it is most frequently referred to as a vegetable. This is a result of its flavor character and use in pairings and preparations. Usually, it is made into a savory meal or condiment and consumed in that form.

People commonly classify foods as vegetables or fruits in the world of cooking based on flavor, not scientific standards. Since they are generally seen as being sweeter than vegetables, fruits are commonly served in sweeter dishes, such as cakes and pies. While certain squash varieties may have a slight sweetness, many possess an earthy taste that makes them ideal to prepare in the same way you would a vegetable. That said, zucchini can and ought to be added to baked goods. Just sample some zucchini bread, and you will understand this!

In the end, how someone chooses to categorize the zucchini greatly relies on how they want to use it. Do you plant it or research it? Fruit! Are you using it for cooking? Vegetable! Just keep in mind that the correct response to the question “Is a zucchini a fruit or vegetable?” is fruit if you want to be scientifically accurate!

Zucchini lovers, rejoice: This delightful variety of squash is a nutritional powerhouse! The perfect food for a healthy digestive tract, zucchini is a terrific source of fiber and antioxidants that are believed to reduce inflammation. The nutrients beta-carotene and vitamin C, which are known to benefit eye health, are also abundant in them. 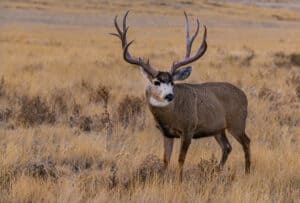