What Were Chihuahuas Bred For? Learn Their Surprising Ancient History

Written by Maxwell Martinson
Updated: December 29, 2022
© MirasWonderland/Shutterstock.com
Share this post on:
More Great Content:
Dogs With The Highest Bite Force
This Prankster Coyote Wasn’t Ready for a…
The 10 Most Dangerous Dog Breeds in…
Belgian Shepherd vs German Shepherd: 5 Key…
The Top 8 Oldest Dogs Ever
American Bully Vs American Bulldog: Is There…
↓ Continue Reading To See This Amazing Video

Chihuahuas might seem like standard little dogs. You might even think of them as “underdogs” (forgive the pun). They’re incredibly cute, but what were Chihuahuas bred for?

At first glance, it’s tough to imagine what they could offer in terms of hunting, herding livestock, or protecting an owner. The significance of these canines is very different from that of almost all other breeds, however.

Chihuahuas have an ancient past, holding a great deal of importance in Toltec, Maya, and Aztec cultures. In fact, it was believed that a person’s treatment of these dogs deeply affected that individual’s journey into the afterlife. Their roots run even deeper into ancient history, though.

This article looks through the Chihuahua’s interesting past, exploring questions about breed, significance, history, and more. We’ll also cover some things to know if you’re the proud owner of a Chihuahua.

From Ancient Wolves to Chihuahuas

Chihuahuas are unique in that they’re one of few remaining North American breeds with pre-colonial origins. Alaskan Malamutes and Greenland Dogs are among this group, but the Chihuahua is one of the southernmost breeds to retain a significant percentage of its ancient DNA (roughly 4%).

All dogs descend from wolves, and genetic evidence suggests that all domesticated dogs are related to a single group (or closely-related groups) of an ancient wolf species. This relative was likely the Late Pleistocene wolf who preceded the modern wolf lineage anywhere from 20,000 to 40,000 years ago.

So, wolves and domesticated dogs diverged from the Pleistocene wolf’s genetic line. This means that dogs and wolves have more of a sibling connection than a child-parent connection, respectively.

Humans had to begin domestication sometime after the genetic split and before the existence of the oldest-found dog remains. Researchers have discovered dog remains left an estimated 36,000 years ago, although that date is disputed. Sets of confirmed remains are dated 14,200 years ago, however.

Dogs are believed to have entered North America with humans 15,000 years ago through the Bering Land Bridge. Huskies, Malamutes, and Greenland dogs are the closest relatives to those first four-legged voyagers. Humans migrated south over the next 13,000 years, breeding those dogs in various ways, and winding up with small dogs called Techichis.

Techichis were a breed of dog owned by the Toltecs and Maya civilizations. These dogs were small, mute, and long-haired, but shared a lot of characteristics with what we now know as Chihuahuas.

Toltec people used these dogs dually as food sources and companions. Pre-colonial Mesoamerica was deeply intertwined in trade, culture, and warfare. As a result, Techichis moved throughout most of Central America by the time that Europeans landed on its shores. That expansion and distribution contributed to emerging breeds such as the Chihuahua.

The Mexica civilization was one of the most powerful in the region during 1,000-1,500 AD, expanding into what is now Arizona. This population was one of three powerful nations joined together under the “Aztec” name. Small dogs like Techichis would certainly have been integral parts of these communities.

Chihuahua, Mexico sits below the states of Texas and Arizona in an area that the Mexica peoples would have occupied. Modern Chihuahuas get their name from this territory because the breed was so populous in the region.

There are artifacts depicting Chihuahua-like dogs dating all the way back to 300 BC. These artifacts show both apple head and deer head varieties of these dogs, which correlate to the two dominant varieties of Chihuahua in existence today.

While those early depictions would likely have been Techichis, this might have been a period in time where the two breeds were nearly indistinguishable from one another.

Still, simply knowing where they came from doesn’t queue us into the purpose of the breed. So, what were Chihuahuas bred for?

What Were Chihuahuas Bred For?

Most, if not all dogs have a breeding purpose. That purpose has something to do with hunting, farming, or protection in most cases. It’s likely that the Chihuahua’s ancestors hunted small animals that lived in small holes. Other small dogs are usually bred for that purpose unless they’re solely companion animals.

The Yorkie, for example, hunts rats.

Chihuahuas and Techichis took on more spiritual and utilitarian roles, however. Toltec peoples would use these dogs not only as food sources but also as sacrificial animals.

Breeding numerous small dogs for food was likely very noisy. This could’ve been a reason that Techichis were mute. Whether that silence came from breeding or training is unsure. Chihuahuas are particularly loud if they want to be, but most are well-behaved with a little training, so it’s likely that people trained Techichis to be quiet.

Raising these dogs as food might have been another reason to keep them small. While a larger dog could yield more meat, big dogs are harder to take care of. They require more food and attention. They’re also more of a threat if they were to become aggressive.

The alternative is a sweet little dog that can’t do very much harm.

It’s important to note that sacrifices were an honorable thing rather than a form of punishment.

Aztecs believed that the gods gave breath to the universe by sacrificing themselves. This gesture could only be repaid with ongoing sacrifices to those same gods. Big cats, eagles, and humans joined dogs in these sacrifices. This was a longstanding practice in ancient Mesoamerica, and it was a high honor in most situations.

The fact that these animals were used for food and sacrifice doesn’t mean that they were treated poorly. It’s likely that dogs of all kinds received a measure of respect in ancient Mesoamerica. As we’ll discuss in the next section, these dogs held a high spiritual significance. Treating a dog poorly put someone in a very difficult spot when they reached the afterlife.

Animals that were as important as dogs would have been great offerings to the gods. The same is true for jaguars and eagles. In fact, the Mexica peoples wandered for decades before settling their infamous floating city, Tenochtitlan. For years, the budding population searched for an eagle with a snake in its mouth sitting on a prickly pear cactus.

When they saw this omen, they would finally settle and build a great city. They finally saw this omen in Lake Texcoco, which is where they built the greatest pre-Columbian city the Americas had ever seen. The image of this snake is still on Mexico’s coat of arms to this day.

People sacrificed eagles like the one from the omen alongside Techichis, indicating their high respect in Aztec culture.

Chihuahuas Ferried Spirits into the Afterlife

The Aztecs were a confederation of three powerful cities (Tenochtitlan of the Mexica peoples, Texcoco, and Tlacopan). Aztec religion cited a place called Mictlan, also known as the “place of the dead.”

Unless someone had sacred or spiritual significance, they would enter Mictlan after dying. An individual’s objective was to journey through 9 challenging realms in this underworld, starting at a river named Apanohuacalhuidos. In order to cross the river, the individual needed the help of a small yellow dog.

If someone had mistreated dogs in their lifetime, it would be difficult, if not impossible, for them to consult the help of a dog to cross the river. Without a dog’s help, the person wandered the realm for all time.

This is similar to the Christian idea of purgatory, or a place where souls wander as punishment.

When describing an Aztec burial practice, a 16th-century Franciscan priest mentions the inclusion of a small dog. The priest wrote this passage in the 1570s.

“And also they caused him to carry a little dog, a yellow one, and they fixed about its neck a loose cotton cord. It was said that he (the dog) bore the dead one across the place of the nine rivers in the land of the dead.”

As a result, it’s easy to imagine that someone would treat a Techichi or Chihuahua in much the same way that we treat them today, if not better! Another missionary, José de Acosta, mentions people carrying their dogs while traveling, sparing them their extra meat, and tending to them when they (the dogs) were sick.

We mention the Xoloitzcuintli (Xolo) toward the end of this article because it’s not certain whether the connection is truly there. The Xolo is a hairless dog that’s native to Central America. It’s a national treasure and has been around since the days of the Techichis.

Xolotl is the soul-guiding dog-headed Aztec god who gives these dogs their name. Some believe that Chihuahuas are the offspring of Techichis and Xolos, although this isn’t verified.

In fact, an analysis of the ancestry of global dogs shows that Xolo’s retain just 3% of their pre-colonial heritage, where as Chichuahuas retain 4%. To fully unpack the Chihuahuas lineage, we would need more insight into Techichi DNA, and they are extinct.

That said, it’s easy to imagine that a Chihuahua could come from the combination of these two breeds.

Our experts have hand-picked the best foods for chihuahuas so you can pamper your tiny best friend: 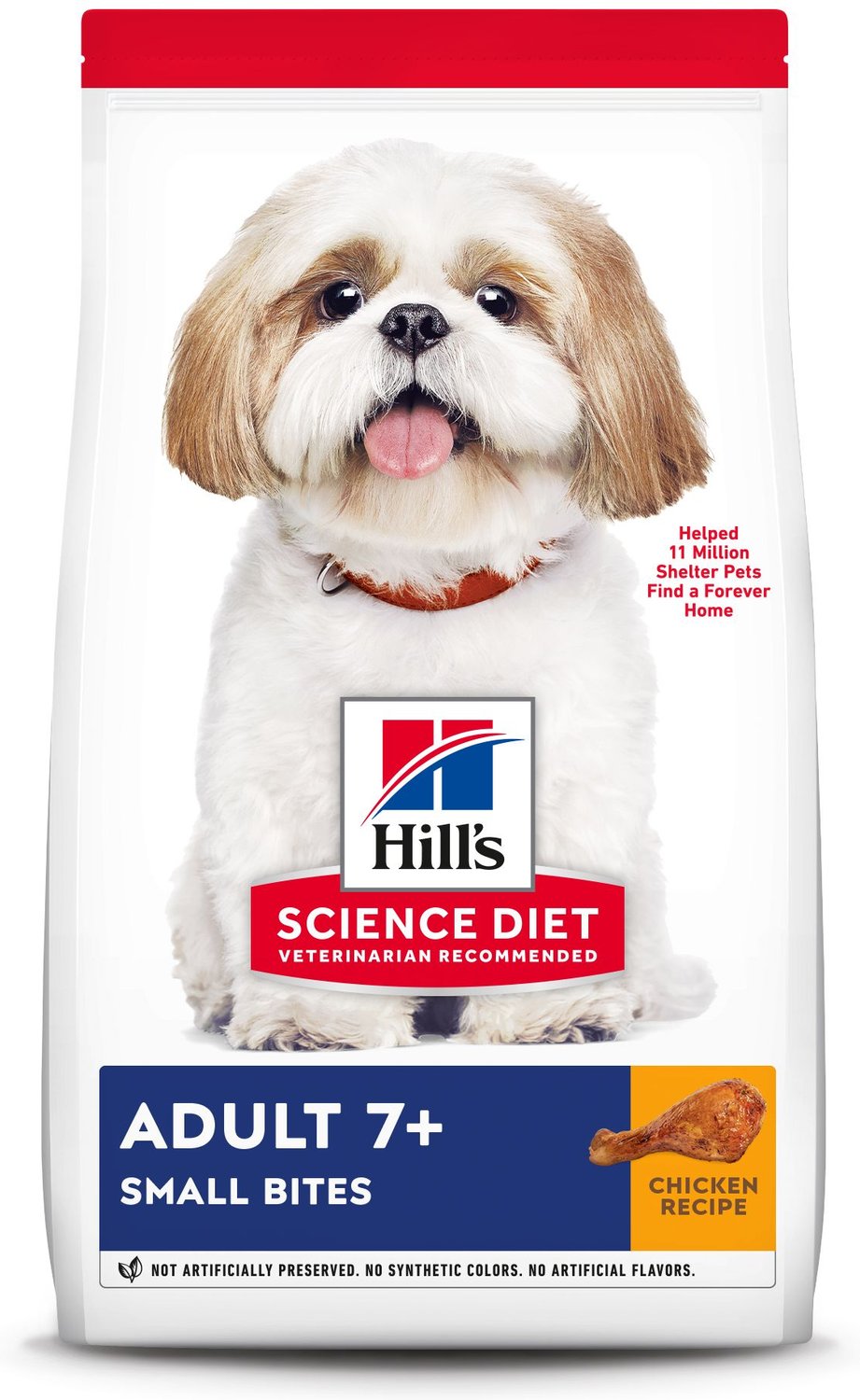