Written by Angie Menjivar
Updated: August 20, 2022
Share this post on:
More Great Content:
Are Hyenas Dogs (Canines) or Cats (Felines)…
What Do Hyenas Eat? A Guide to…
What Is The Bite Force Of A…
Do Hyenas Make Good Pets? Only Until…
African Wild Dog vs Hyena: 5 Key…
Hyena Birth: What Makes It So Unique?

Hyenas are often thought of as scavengers that have the last laugh when taking over another animal’s kill. However, hyenas are quite adept hunters. They have incredibly powerful jaws that can easily crush bones.

They truly are a force to be reckoned with.

In this video, a sole lioness is outnumbered by a pack of at least 10 hyenas, with others rushing toward the scene from the background. The lioness is running, trying to escape those powerful jaws but she’s stumbling and in danger.

It is much easier to bully and conquer even an apex predator when you have strength in numbers. The hyenas are seizing their chance to take this lioness down, running in without restraint, lunging forward, and taking bites at will.

At one point, the lioness is overcome, her body thrown to the ground as the pack of hyenas swirls about her. Not one to forfeit a fight, this lioness staggers up to her feet, her face toward the hyenas, as if to say, “Not today.”

She fights back as best she can but she’s being mauled aggressively—so much that at one point, she’s dragged down, and her golden color disappears beneath the sea of brown, spotted fur. The hyenas overcome her, and it seems she’s met her fate.

Suddenly, another lion darts into the pack, attacking whichever hyena it reaches first. The hyenas, startled, start to scatter but there is a group of about five hyenas that keep their forceful attention on the original lioness.

In the blink of an eye, three more lionesses emerge, ready to battle each and every hyena that messed with a part of their pride. They continue the counterattack until the hyenas are forced to retreat.

When the hyenas realize they can’t battle this pride, they run off. The lionesses move from defensive mode to offensive mode, chasing off the pack of hyenas.

The lions are still outnumbered, however. The hyenas try to close in again—not on the single lioness but on the pride. Ultimately, they know better, though.

Even when lions kill hyenas, they very rarely feast on them. In the wild, they’re both predators and if a kill is necessary, it’s because they want to literally kill the competition. They prefer the taste of herbivores, anyway.

Ready to Learn More About Lions? Check Out the Following Links: 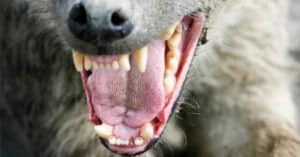 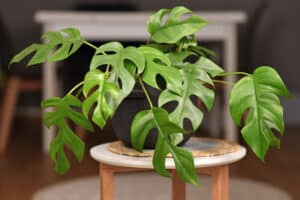