Sharks are saltwater predators that live in the ocean. However, it turns out that a unique shark species, the bull shark, tends to swim outside the box—and right into the freshwater of the Mississippi River. Could bull sharks really swim that far from the ocean, and could they survive in freshwater?

That is exactly what researchers Ryan Shell and Nicholas Gardner wanted to find out. The two scoured hundreds of bull shark reports and research to understand the movements of these mysterious creatures. They have now published their findings and officially confirmed that bull sharks travel more than 1,000 miles up the Mississippi River! And just when you thought it was safe to go back in the water…

The Background on Bull Sharks

The bull shark gets its name for its bull-like appearance. It has a large and bulky body and a short, wide snout. This shark looks somewhat like a reef shark, but much bigger. Although not as big as the great white shark, female bull sharks can grow up to 11 feet in length and weigh up to 500 pounds. On top, bull sharks are gray, with black-tipped fins that fade somewhat as they age. Their bellies are white, allowing them to blend in with the sunlight on the water’s surface when seen from below.

Bull sharks also have “bull-like” behaviors, often “head-butting” their prey before biting it. These sharks are known to be quite aggressive and tenacious as well. As opportunistic hunters, they are not very picky about what they eat or where they get it. They have limited eyesight, but a very sharp sense of smell.

Bull sharks live in warmer waters, preferring shallow coastal environments in particular. Unfortunately, this is also where humans like to swim as well, which is one of the reasons that bull shark attacks are more common than attacks from other shark species. In the United States, these sharks live along the eastern coast and in the Gulf of Mexico. Although the water temperature of the Mississippi River would be far too cold for bull sharks in the winter, they could easily travel here during the summer months when the water is warm.

Contrary to popular belief, bull sharks do not actively hunt humans. As researchers continue learning more about these mysterious creatures, it seems likely that shark attacks on humans are due to misidentification. Many attacks happen to swimmers in shallow, silty waters with low visibility. Since bull sharks have small eyes and limited eyesight, the murky water makes it extra hard for them to see exactly what they are hunting. Because of this, bull sharks typically hunt in areas with an abundance of prey available. Kayleigh Grant, a shark conversationist and researcher with One Ocean Diving in Hawaii, explains that sharks only bite as a last resort. She and Ocean Ramsey regularly dive with many different species of sharks, including tiger sharks and great white sharks.

However, bull sharks are still extremely dangerous animals, and they do occasionally attack humans, even if by mistake. Although the star of the 1975 blockbuster Jaws was a great white shark, the attacks that inspired the original novel were more likely caused by bull sharks. In less than two weeks in July of 1916, five people were attacked by sharks near New Jersey. At the time, great white sharks were blamed. However, one of the attacks occurred several miles upriver—and only the bull shark is known to travel that far from the saltwater ocean.

From Saltwater to Freshwater

Most sharks can only survive in saltwater, but bull sharks are a bit different—these sharks can live in freshwater! They are the only species of shark that regularly moves between saltwater and freshwater environments. Bull sharks have unique, specialized bodies that allow them to balance out the levels of salt in their bodies. Essentially, bull sharks can absorb salt from their natural saltwater environments and recycle it through their bodies when they move into freshwater rivers and lakes. They have been recorded in the freshwater of the Mississippi River, the Potomac River, and nearly 2,000 miles upstream in the Amazon River.

Bull Sharks in the Mississippi River

The recent study done by Shell and Gardner officially confirms that bull sharks travel more than 1,000 miles up the Mississippi River. The first confirmed report was in September of 1937 near Alton, Illinois. Two commercial fishermen discovered that a larger fish of some kind had destroyed their bait traps. They added wire coverings to the traps, along with chicken viscera for bait to try and capture the mysterious fish. The next morning, they found a dead bull shark stuck in the trap—1,740 miles from the shark’s natural saltwater habitat in the Gulf of Mexico!

A second bull shark was confirmed in the Mississippi River in 1995. The bull shark was stuck in the grate of an intake canal at the Rush Island Power Station in Festus, Missouri, 900 miles from the Gulf of Mexico. Could these two events simply be a random coincidence? Possibly, but researchers say that is the least likely explanation. It is very possible that bull sharks are quite capable of traveling between saltwater and freshwater environments without alerting us to their presence, and that they have been doing so for a very long time.

Bull Sharks in the Potomac River

The Mississippi River is not the only freshwater river to host traveling bull sharks in the United States. In 2010 John “Willy” Dean, a commercial fisherman on the Potomac River, discovered an 8-foot-long bull shark caught in his net in Cornfield Harbor. Even though he had been fishing the area for 30 years, this was Dean’s first encounter with a bull shark. However, it would not be his last.

Three years later, Dean was fishing near Point Lookout State Park in Maryland when he discovered another dead bull shark trapped in his nets. A biologist happened to be with Dean at the time and took the shark back to shore to study. Later that same day, Dean saw something large and dark in the waters near his boat—a second bull shark! Although this one was alive when it was discovered, it died shortly after being pulled from the water.

In 2017 another fisherman from Maryland, Larry “Boo” Powley, was stunned when he caught an 8.6-foot-long bull shark near St. Mary’s County in southern Maryland. Even after 42 years of fishing in the Potomac, this was Powley’s first and only encounter with a bull shark. After taking a picture with the massive shark, Powley released it back into the water.

The Only “Shark-Infested” Golf Course in the World

Both inside and outside of the United States, bull sharks continue to make an impression on us with their mysterious behaviors. Believe it or not, some of the most famous bull sharks in the world actually live at a golf course! When the Carbrook Golf Club in Brisbane, Australia, was flooded in the late 1990s, the water left behind a few saltwater souvenirs—a handful of bull sharks.

Within a few years, golfers began spotting the bull sharks swimming around in the club’s 52-acre lake near the 14th green. The lake is a thriving ecosystem, filled with various fish species like tarpon, bream, mangrove jacks, and mullet. This means that the sharks here have plenty to eat. By the early 2000’s, Carbrook Golf Club counted at least 6 bull sharks in the lake’s waters. Not only are these sharks surviving in the lake, but they are also thriving and breeding! By 2020 there were an estimated 12 bull sharks in the lake. Many of the lake’s sharks have grown to be nearly 10 feet long.

Although frightening, these sharks are not a danger to golfers who stay on the green. In fact, over the years the bull sharks have become a special golf club mascot. The company’s logo is even designed in the shape of a shark! Carbrook Golf Club is the only golf course in the world with real-life sharks. There is even a monthly tournament in honor of the course’s sharks, called the “Shark Lake Challenge.”

Bull Sharks as a Near Threatened Species

Although bull sharks are known to attack humans, these events are extremely rare. On the other hand, humans are responsible for the deaths of millions of sharks every year. These sharks are often hunted for their oil, liver, and fins. In addition, because bull sharks live much closer to human populations than other shark species, they suffer from greater pollution and habitat degradation. Because of this, bull sharks are currently listed as a “Near threatened” Species by IUCN. 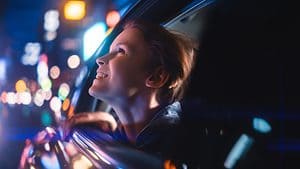