Though Maryland is famous for Baltimore and Annapolis and those cities’ proximity to Washington D.C, the state is rich in wildlife, especially in the woods and mountains in the west and the eastern shore. Though not as abundant as it once was due to pollution and overfishing, the Chesapeake Bay is one of the world’s great fisheries and a lure for tourists. Have a look at all the Animals in Maryland!

The Official Animal of Maryland

Maryland doesn’t have an official state animal, but its official state bird is the Baltimore oriole. This small blackbird got its name because the orange and black colors of the male’s plumage recalled the coat of arms of the Calvert family, whose head was Lord Baltimore. It also has a baseball team named after it.

Morone saxatilis, like the salmon, is a fish that migrates from the ocean and up rivers to spawn. It has a long, torpedo-shaped silvery body with dark stripes from the gills to the root of its tail. It usually grows close to 3 feet in length and weighs between 20 and 40 pounds, though larger specimens have been caught.

The blue crab is not only the state crustacean but is, famously, the state food. Maryland is famous for the cakes made from the meat of this crab. Unlike many other animals, climate change is thought to benefit the blue crab, as it breeds best in warm water. Its name, Callinectes sapidus, means beautiful swimmer who is also savory.

Maryland has three state mammals. They’re the calico cat, the Chesapeake Bay Retriever, and the thoroughbred horse. Calico isn’t a breed but a coat color, and one strange but true fact about calico cats is that they’re almost always female.

The Chesapeake Bay retriever has helped many duck hunters retrieve their prey from the waters of the bay, and the thoroughbred horse is a nod to Maryland’s tradition of horse racing. The Preakness is held every year in Baltimore.

This turtle is named for the attractive diamond pattern on its shell. Though it’s not a sea turtle, the diamondback terrapin lives in the brackish water of the Maryland coast and can tolerate salt water.

This beautiful little butterfly was named because the pattern of spots on its wings recalled the colors of the Calvert family’s crest. The butterfly actually isn’t that common in Maryland and is actually considered rare or endangered in the state.

Where To Find The Top Wild Animals in Maryland

Though Maryland is not a large state, it has over 120,000 acres of wildlife areas. They include South Mountains State Park and Assateague State Park, which is home to a famous herd of feral horses. There’s Catoctin Mountain, Blackwater National Wildlife Refuge, Merkle Natural Resources Management Area and Deal Island State Wildlife Management Area, where a person can fish and hunt for crabs. Isle of Wight Department of Natural Resources Management Area is an excellent place to birdwatch. There’s also the Patuxent River Park – Jug Bay Natural Area and Idylwild Natural Area, which is home to many species of butterfly.

Visitors to these areas can find:

Bats found in Maryland include myotis bats such as the little brown bat. Mostly nocturnal, they include the big brown bat, the red bat, and the evening bat. They’re found in caves, tree cavities, tunnels, barns, and attics.

Hundreds of species of birds either pass through Maryland on their way to winter or breeding grounds or live in the state year-round. Many of these birds are waterfowl and include grebes, swans, geese, shovelers, teals, wigeons, scaups, eiders, and other types of ducks. There are even flamingos in Maryland.

Wading birds include stilts and avocets, herons, egrets, bitterns, and storks. Maryland also has the beautiful roseate spoonbill and the white ibis. Some seabirds are skuas, gulls, jaegers, shearwaters, terns, and tropicbirds. The yellow-nosed albatross has been seen in Maryland, as have the southern and northern storm-petrels. Puffins, murres, dovekies, guillemots, and auks take the place of penguins in the northern hemisphere. Loons give their strange call on Maryland’s lakes and sandpipers, curlews, godwits, and turnstones scurry along the shore poking for food in the mud.

Birds of prey include eagles, ospreys, falcons, vultures, hawks, and kites. The state is home to other bird predators such as the nocturnal owls.

Other types of birds are passerines such as flycatchers, kingbirds, mourning doves, vireos, shrikes, crows, magpies, bluejay, tits, swallows, larks, chickadees, and kinglets. Starlings, wrens, and mockingbirds are also common in Maryland, as are robins, sparrows, bluebirds, finches, and warblers. Cardinals, tanagers, buntings, and their cousin the dickcissel also make Maryland their home.

There are even parrots in Maryland. The one parrot that’s still extant is the Monk parakeet, though scientists do not know if it is wild or feral. It is not native, for its origins are in South America.

Though Maryland can get chilly in the winter, it does have its share of reptiles and amphibians. Maryland is home to several snakes, including the corn snake, the eastern rat snake, and the common garter snake. Venomous snakes found in Maryland are the eastern copperhead and the timber rattlesnake.

Besides the diamond terrapin, Maryland’s waters are habitats for species of sea turtle, including one of the rarest, Kemp’s Ridley sea turtle. The Atlantic hawksbill, loggerhead, leatherback, and green sea turtles are also found in Maryland’s part of the Atlantic Ocean.

Other Maryland turtles are the eastern snapping turtle, the eastern mud, musk, box, and painted turtles, the eastern spiny soft-shelled turtle, and the northern red-bellied cooter.

Maryland lizards include skinks, racerunners and the Mediterranean gecko, which as its name implies, is not native to the state. Like skinks, it is often found around people’s houses.

Amphibians of Maryland are different species of frogs including the carpenter frog, the bullfrog, and the mountain chorus frog. Salamanders are the Jefferson salamander, the northern slimy salamander, the red salamander, mudpuppies, eastern newts, and hellbenders. A few of several toad species are the Fowler’s toad, the barking toad, and the American toad.

Maryland predators include the coyote, the red and gray fox, and the black bear. Other predators are seals and the bobcat.

Other Maryland arthropods include crabs, shrimps, lobsters, and sea spiders. There are millipedes and centipedes, strange, tiny creatures called pauropods, and transparent burrowing symphylans that live in the soil. Unfortunately, there are a variety of ticks and mites, including those that spread disease.

Spiders include the black and yellow garden orb-weavers, barn spiders, black widows, jumping spiders, wolf spiders, and brown recluse spiders. There are fishing spiders that live near or even on bodies of water and eat insects, tadpoles, and small fish.

Fish that live in Maryland’s lakes, ponds, streams, and rivers include the American eel, burbots, minnows, herrings, shads and alewives, carp, perches, trout, and trout-perches, pikes, mosquitofish, silversides, whitefish, and catfish. People have been eating the eggs and meat of sturgeons for thousands of years and now those fish are endangered. Snakehead fish are invasive and aggressive predators. They like stagnant or even muddy water must breathe air, and can live on land for as long as four days if their skin is kept moist.

The saltwater fish of Maryland are plentiful and include bay anchovies, black sea bass, bluefish, Atlantic croakers, and flukes. The ugly but tasty monkfish lives at the bottom of the sea, and the Atlantic needlefish is often found in marinas. Marlin and other billfish are sport fish, and the cownose ray gets its name from the shape of its snout. The sandbar shark is common in Chesapeake Bay.

Maryland rodents include the eastern chipmunk, the eastern gray squirrel, the burrowing groundhog, the muskrat, the flying squirrel and many species of mice and rats, including the marsh rice rat and the all too common house mouse. Beavers are found in Maryland freshwater environs, and there are several species of vole, though most aren’t native to the state. The North American porcupine and the nutria are also rodents that make a living in Maryland.

Rabbits also make Maryland their home. They include the snowshoe hare, which famously changes color from gray and brown to white in the winter, the black-tailed jackrabbit and the Appalachian and eastern cottontail rabbits.

A wealth of marine mammals live off the Maryland coast. They include the short-beaked common dolphin and other dolphin species, beaked whales, sperm whales and pilot whales. Killer whales have also been seen off the coast of Maryland, as have blue, fin, sei, common minke and humpback whales.

Both the striped and eastern spotted skunk are found in Maryland, and mustelids include the American river otter, the mink, the fisher, the American ermine and the least weasel. The opossum, North America’s only marsupial, is common as is the raccoon. There are several species of shrew, including the smoky shrew and the least shrew.

There are two types of extant deer in Maryland. There’s the white-tailed deer, which is ubiquitous and the sika deer. This deer is actually native to east Asia and was introduced. They can be told from white-tailed deer because they keep the spots they had as fawns.

The horses on Assateague Island are feral, which means they’re descended from domestic horses. Once a year they’re rounded up and auctioned off.

If visitors don’t have time to go to the wildlife areas, they can always visit Maryland’s zoos. They include the Salisbury Zoological Park, the Maryland Zoo in Baltimore, the Plumpton Park Zoo in Rising Sun and Baltimore’s world-famous National Aquarium.

Maryland is home to a many animals that are found in the mid-Atlantic area of the United States. Among them is the West Indian manatee. Though it prefers warmer waters and is considered a vagrant, this rarest of marine mammals has been seen off the Maryland coast. The southern bog lemming is a largely nocturnal, burrowing rodent that likes the loose soil of bogs and forest edges.

The mummichog, or mud minnow is a little fish that lives in Chesapeake Bay and can tolerate a great range of temperatures, high salinity, poorly oxygenated water and pollution. In 1973, mummichog were part of the cargo of Skylab and were the first fish to go into space. Horseshoe crabs, whose species is about 450 million years old and who are collected for their sapphire blue blood, are visitors to Maryland’s shores.

The Most Dangerous Animals In Maryland Today

Maryland doesn’t have that many dangerous animals, but ones that a person should respect include:

There are a number of endangered animals in Maryland, though attempts are being made to save some of them. They include:

What dangerous animals live in Maryland?

The most dangerous animals that now live in Maryland are the black bear and the timber rattlesnake, though neither one of them is terribly aggressive.

What animals is Maryland known for?

Maryland is known for the blue crabs which contribute to its delicious crab cakes and the Baltimore oriole, its state bird and baseball team mascot.

What is the top predator in Maryland?

The top predator in Maryland is probably the snakehead fish. It is not native to Maryland, and when it is introduced into a body of water it becomes the apex predator. It will eat just about anything it can handle, from plankton when it’s a baby to rats when it’s an adult.

What is Maryland's domestic animal?

Maryland has at least three domestic animals. They are the calico cat, the thoroughbred horse and the Chesapeake Bay retriever, which is a hunting dog. 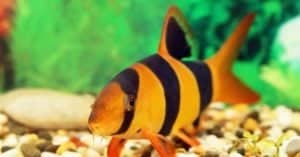