Orcas are majestic and magnificent animals and in many areas of the world, you can join orca-watching tours where you may be lucky enough to see them in the wild. But why should humans have all the fun? In this video, we see a golden retriever dog mesmerized by these lovely creatures. The orcas seem to be putting on a show and towards the end of the vid, one leaps out of the water as if they want to impress their canine audience.

Orcas in the Oceans

Orcas are also known as killer whales, but they are actually the largest members of the dolphin family. They live all over the planet and are found in all oceans where they are recognized by their distinctive black-and-white coloration.

Orcas are large and fast, adults can weigh up to 15,000 pounds and swim at up to 30mph. Females can live for more than 80 years.

Their diet is quite varied and they mainly eat fish, sea lions, and seals. However, they also tackle larger prey such as dolphins, porpoises, sharks, and other whales. Other orcas eat octopuses, squid, and sea birds. There is some evidence that orcas like to specialize in one type of prey and once they have settled on that source of food, they don’t like to deviate from it. You could argue that orcas are picky eaters!

Orcas are very sociable animals and live in pods which are called matrilines. This means that they are made up of a female and her descendants. Male offspring stay with the pod all their lives but the females can spend time away from the pod when they are having calves of their own. Often, pods will have their own distinctive calls so that they can communicate with each other.

Females do not give birth very frequently. They have a calf every three to 10 years with a gestation period of 17 months. Often, the whole pod will help with rearing the young. Orcas also live for a long time! Many live for more than 60 years and it is suspected that some live for over 80 years.

There is still a lot that we do not know about orcas – and that includes exactly how many are living in our oceans. We also don’t know exactly what this golden retriever thinks of them but he seems pretty fascinated! 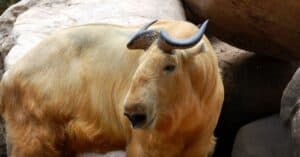 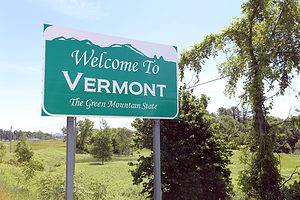