What Do Elephant Seals Eat?

As one of the heaviest, loudest marine mammals on earth, the elephant seal is large and strong, much like its land-dwelling counterpart. Known for their large, trunk-like noses, these marine mammals are truly a sight to behold.

While these wonderful creatures almost went extinct in the 1800s, their population numbers have since rebounded. They live in both the northern and southern hemispheres, where you might catch a rare glimpse of them diving for food or basking on a sandy beach.

When they’re out at sea, elephant seals spend much of their time eating squid and fish, which makes up the bulk of their diet.

What Do Elephant Seals Eat?

According to the National Oceanic and Atmospheric Administration, elephant seals mainly eat squid and fish, but they also eat rays and sharks.

Here is a complete list of 10 foods that elephant seals have been known to eat:

Elephant seals mostly eat squid and smaller fish, but they will eat a variety of different sea creatures as well. They eat many different species of squid and fish, and the species vary depending on where they are located.

What Do Elephant Seal Pups Eat?

Elephant seal pups feed on their mother’s milk for the first month of their life, then go on to consume squid and fish like their adult counterparts. They often grow up to 600 pounds in this first month alone. After a month passes, they will begin learning how to swim. While these pups may be shy or scared around the water at first, they quickly start to swim and soon go to sea to begin hunting.

At this point, pups have not yet reached their full weight, which lies between 900 to 8,800 pounds, depending on sex and classification as a northern or southern seal. As a result, they tend to consume smaller squid compared to adult elephant seals.

How Do Elephant Seals Hunt?

Elephant seals hunt by diving deep within the ocean. They dive for 20 to 30 minutes at a time, reaching depths as low as 2,500 feet. While they are at sea, they spend up to 90% of their time underwater — if you’ve ever seen an elephant seal on the water, consider yourself lucky!

Despite their large, cumbersome appearance, elephant seals are actually quite agile within the water. They can swim at speeds up to 10 miles per hour, and hold their breath for up to two hours. But unlike walruses, they are not as equipped to move smoothly on land. When they hunt in cold waters, the blubber underneath their skin keeps them warm.

How Much Do Elephant Seals Eat?

Are Elephant Seals Dangerous to Humans?

Elephant seals spent most of their time at sea — nine months out of the year. The only time elephant seals go on land is to mate and molt their fur. Since humans rarely see these marine mammals on land, we don’t often get reports of elephant seals attacking humans.

However, if you do happen to see an elephant seal at sea or on land, don’t approach it! Like many predators, elephant seals are very territorial. They may feel threatened if you encroach on their land, and these mammals are known for having a ferocious bite. Due to their razor-sharp teeth, their bites can leave a nasty mark and even transmit viruses and bacteria.

Despite the aggression of elephant seals, humans may actually be more dangerous to elephant seals than they are to us. In fact, elephant seals almost went extinct at one point due to excess hunting in the 1800s.

In the modern age, human equipment and ships threaten elephant seal safety. They can become entangled in human fishing gear, which may inhibit them from reaching the surface of the water and even lead to drowning. The gear can also significantly weigh them down, leading to exhaustion, injury, or an inability to hunt properly. Naturally, this leads to poor outcomes for survival and reproduction.

Vessel strikes can also injure or kill elephant seals. As ocean traffic increases due to new shipping routes and melting ice, the more likely it is that elephant seals will get caught in the aftermath.

The increased noise and pollution can also create a hostile environment for these marine mammals.

While elephant seals are predators, a variety of animals also consider them prey. Great white sharks and killer whales are two of their most common predators.

To hide, elephant seals will use the dark depths of the sea to their advantage. They are most vulnerable to attacks when they are near the surface of the ocean, where there is more light. Since sharks and killer whales use their vision to hunt, these marine animals are much safer in deep waters and at night.

Seals with more blubber to sustain themselves will tend to avoid light and instead hide in darkness. But elephant seals with less fat have to go to the surface more frequently since prey, like squid, tend to gather near the surface.

Want to keep reading? Check out these articles next!

Walrus vs. Elephant Seal: Key Differences – Learn about the distinctions between walruses and elephant seals.

What Do Great White Sharks Eat? – Learn more about the diet of one of the only predators of the elephant seal. 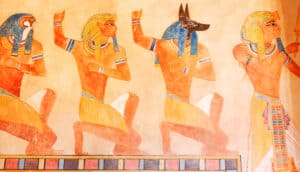 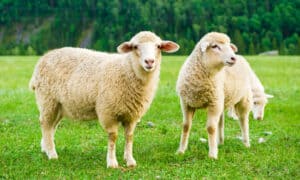