Wombats are cute creatures that many people know but few people know much about! These short-legged and furry marsupials are some of the more interesting animals on Earth today, with much of their uniqueness being attributed to their evolutionary isolation in Australia. Let’s take a look at these strange little creatures and learn: What do wombats eat?

Wombats are herbivores that primarily eat a diet that includes plant material. Although they may look like miniature bears, these small creatures don’t have too many skills or biological advantages that would make them good predators. Instead, wombats primarily eat an array of native grasses, as well as a few roots and leaves.

The primary food for a wombat is grass. Australia is covered in grasslands and scrublands, providing a near-constant food source for these creatures. A wombat’s most common food is “snow grass,” which goes by another name, “tussock-grass,” and its scientific name, Poa sieberiana. Snow grass is a species of grass endemic to Australia and is a hardy plant that is known to have a high drought tolerance.

Additionally, wombats eat sedges, other grasses, and the roots of various shrubs and trees. Their preference for certain foods, especially domestic crops, has caused them to have more than a few run-ins with farmers, we well.

Here is a complete list of the foods wombats eat:

How Do Wombats Get Their Food?

Wombats are primarily foragers when it comes to getting their food. They are generally nocturnal, coming out to forage from dusk to dawn, but this does change with the seasons. In the cooler months, they are more likely to be active during the day, and in the hotter months, they are likely to avoid daylight as the temperatures can be unbearable.

When they come out to forage, many wombats will wander in a loop up to 1 mile long in search of food. When they do find their food, they use their specialized teeth to slice the grasses or roots before eating. Wombat teeth are sharp and chisel-like, perfect for getting through fibrous and woody stems and grasses. Since the foods they eat are so tough, wombat teeth have evolved to never stop growing. As they grow, they are worn down by the wood and grasses, ultimately keeping the teeth from overgrowing.

What Do Baby Wombats Eat?

Baby wombats, sometimes known as “joey wombats” or “joeys,” are about the size of a jellybean when they are born. Since wombats are marsupials, the babies will live in small pouches for protection while they nurse. Baby wombats drink the milk of their mothers for at least 12 months before being weaned off. Once weaned, they begin eating the same things that adult wombats do.

Wombats are curious little animals that early colonials thought were badgers. The name likely comes from a local language (although it was spelled many different ways, likely reflecting different dialects). They can be light and sandy brown or darker grey and black. All three species are roughly the same size, about 3 feet long, and weigh up to 77 lbs.

When early colonials first colonized Australia, they named many cities and towns after the “badgers” that they saw inhabiting the land. Even to this day, Badger Creek and Badger Head are all remnants of misled colonizers believing that the native wombats were a species of badger.

Where Do Wombats Live?

Wombats exclusively live in Australia. The specific ecology they live in, however, depends on the species.

The common wombat usually lives in wet forested areas near mountain ranges and slopes. The hair-nosed wombat, however, prefers the dry and arid climates found in the south.

Both wombats use their powerful claws and legs to dig burrows. A wombat’s burrow acts as a centralizing factor that they explore and forage from.

What Animals Do Wombats Compete With?

Wombats are currently protected by the Australian government after years of hunting and killing drastically reduced their range and number. Now, with introduced animals and other predators, the wombat is further threatened. The main threats for wombats are animals like cattle and rabbits. Rabbits share the same food sources as wombats and are their largest resource competitor.

Additionally, farming accidents involving wombats are all too common. Wombats are known to knock down fences in search of food on a farm, something that farmers don’t take all that kindly to. When these run-ins happen, they often result in the death or injury of a wombat.

What Predators Do Wombats Have?

Wombats don’t have many predators, but they do exist. The main predators for wombats are foxes, eagles, wild dogs, and Tasmanian devils. When they are threatened, they run into their burrows and use their thick-skinned butts to hold the attacker at bay. If the attacked places its head too far into the burrow, wombats are known to crush their skulls against the roof!

Although natural predators exist, the main predator for wombats is humans. Roads, farmers, and other man-made things are responsible for the majority of wombat deaths now and historically. In 1925, for example, wombats were considered vermin, and a bounty was given for them. Now, the wombat’s range is 10x less than it was before modern human interactions. 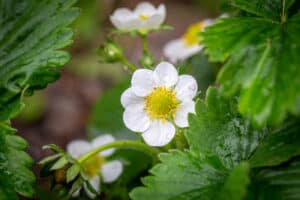