Whoodle vs Wheaten Terrier: What Are The Differences?

Written by Colby Maxwell
Updated: November 11, 2022
© SubertT/Shutterstock.com
Share this post on:
More Great Content:
Dogs With The Highest Bite Force
This Prankster Coyote Wasn’t Ready for a…
The 10 Most Dangerous Dog Breeds in…
Belgian Shepherd vs German Shepherd: 5 Key…
The Top 8 Oldest Dogs Ever
American Bully Vs American Bulldog: Is There…

The Whoodle and the Wheaten Terrier are both dog breeds with many similarities, not to mention an intricately shared past. These breeds can be quite easy to mistake for one another, although there are some distinct differences between them. Today, we are going to take a look and find out what they are. Let’s compare: Whoodle vs Wheaten Terrier; what makes them unique?

Comparing a Whoodle and a Wheaten Terrier

The 5 main differences between a Whoodle and a Wheaten Terrier

The main differences between a Whoodle and a Wheaten Terrier are that Whoodles are hybrids while Wheatens are purebred, Whoodles are “hypoallergenic,” and Whoodles can be larger or smaller, depending on the poodle parents.

The Whoodle and the Wheaten Terrier are extremely similar dogs in a lot of ways, primarily because the Whoodle is a hybrid of a Wheaten Terrier and a poodle. As such, they have a lot of the traits that their parents do. Whoodles can be created from a Wheaten and any one of the three poodle sizes: standard, mini, and toy. Purebred Wheaten Terriers originated in Ireland as a guardian and livestock breed hundreds of years ago. They were often referred to as the “poor man’s wolfhound,” referencing the larger Irish Wolfhound.

When it comes to size, the Whoodle has a bit more variability due to its parents. Since there are three poodle sizes, the type of poodle that a Wheaten is crossed with ultimately plays a role in the size of the litter. The largest poodle type is the standard poodle and creates the largest Whoodle type, while the toy poodle cross results in a smaller Whoodle.

Whoodles are considered a hybrid breed, and as such, they don’t have an official breed standard. Additionally, tracking the breed’s popularity is difficult as there are no organizations reporting on the breed, and they are lumped into the “hybrid” or “mutt” category. Wheaten Terriers are currently the 62nd most popular dog breed.

Whoodles are a hybrid breed resulting from crossing a Wheaten Terrier with a poodle. This hybrid breed was developed in the mid-1900s when many modern hybrids we know of today were created. This phase of creating “designer breeds” stemmed from people looking for certain traits such as hypoallergenic coats and others.

Wheaten Terriers are an old breed of dog that was created in Ireland. There isn’t an exact date for their creation, but they have been bred in the country for at least 200 years. They were known as the poor man’s wolfhound and were used to guard livestock, help with herding, and protect the family.

Wheaten Terriers are more consistent in their size since they are purebred. They generally weigh 30-40 lbs and stand 17-19 inches at the shoulder.

The Whoodle has the combined fur profiles of the Wheaten Terrier and a poodle. They generally have silky, medium-length fur that is referred to as “hypoallergenic,” although the term is just used for marketing since no dog is truly hypoallergenic. Still, they don’t shed as much as other breeds and are quite soft. They come in black, brown, red, silver, grey, and cream.

The Wheaten Terrier is known for its soft and silky coat, although it comes in two varieties: the Irish coat and the Heavy coat (American). Irish coats are silkier and wavier, while American coats are thicker and fuller. They have dark coats of red, brown, mahogany, or white.

Most hybrid breeds are tough to track as no official organization keeps tabs or upholds breed standards. Although Whoodles are certainly a breed that many have heard of, there isn’t any hard data on their popularity.

The Wheaten Terrier, being a purebred dog, does have data behind it. They are currently the 62nd most popular dog breed, as listed by the AKC.

The Whoodle has some great traits it inherited from both parents. They are known to be enthusiastic, energetic, and intelligent dogs. Additionally, they love people and are extremely social in their orientation.

Wheaten Terriers are known to be energetic and playful dogs. When compared to other terrier breeds, Wheatens are a lot less scrappy but are still quite active. As their breed history suggests, they have a high prey drive and can be protective over family.

Deer Season In Oklahoma: Everything You Need To Know To Be Prepared 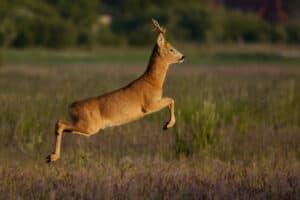